Traveling to Panama from Havana took 2.5 hours on Copa Airlines, similar to what we experienced on the way in to Havana, except the meal service was slightly different – sandwiches instead of a hot meal, and they remembered my special fruit meal this time around. I’m planning to write a separate review of this Copa Airlines flight 437 later. 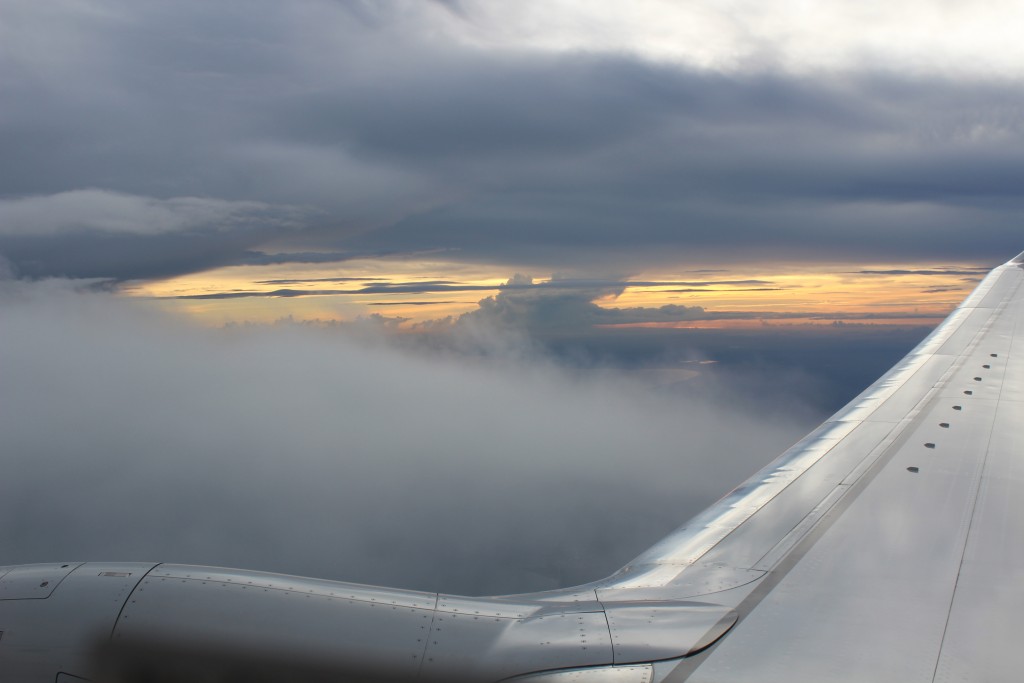 There was a little confusion of the cost of getting downtown to our hotel (the Hyatt Place) as it seemed to be a fixed rate but we thought the drivers were supposed to be using a meter, but eventually we settled on $30. Immediately we were exposed to the sticker shop of traveling to Panama City – everything was priced equivalently to prices back in the States. Cuba was certainly expensive for transportation, but not for anything else. This was the only part of traveling to Panama that was inconvenient.

We got to our hotel just as sunset was happening so not to see the city a little bit in the daylight – in particular we drove over a beautiful highway over the water called the Corredor Sur that reminded me of that long bridge in Tampa spanning over the bay. Panama City was a very modern and new looking city, as expected. It seems a lot of foreign investment has poured in to the country in the last 10 years, and we later learned that half of the high-rises built are unoccupied – this building boom will certainly change once the U.S. raises interest rates in the near future, and the bubble may pop. 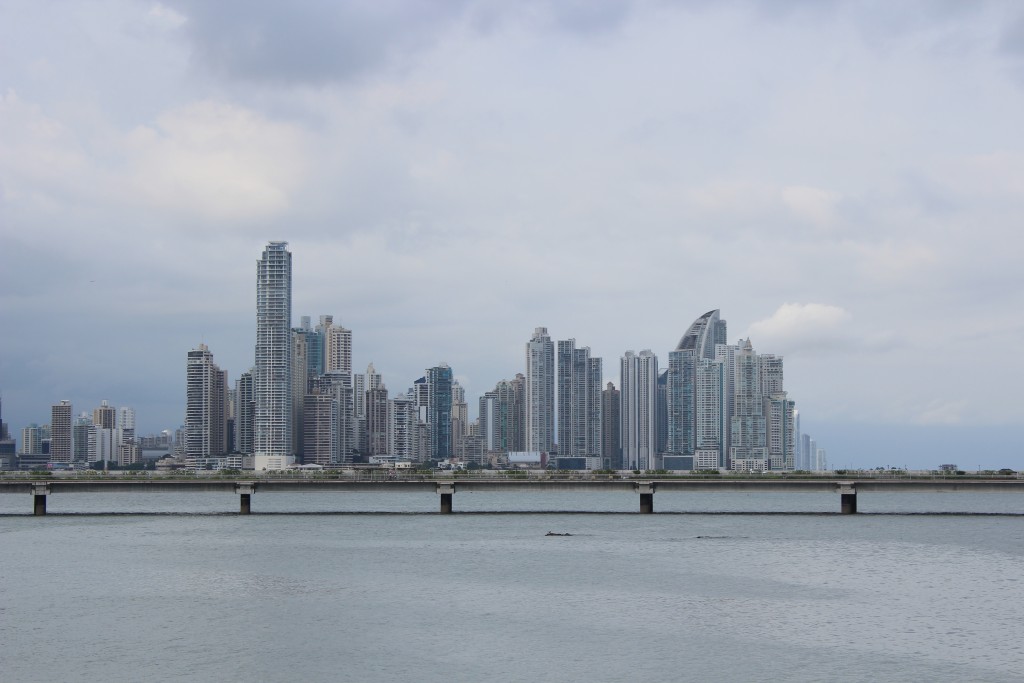 Our hotel was right downtown, equidistant between Panama Vieja (the ruins of the old city that no longer functions, which we decided to skip), and the Casco Viejo (the Old Town that is still functional and is the cultural center of the area). The hotel was also right in the midst of a strip of shopping and dining, and we got some good tips for dinner from the taxi driver. 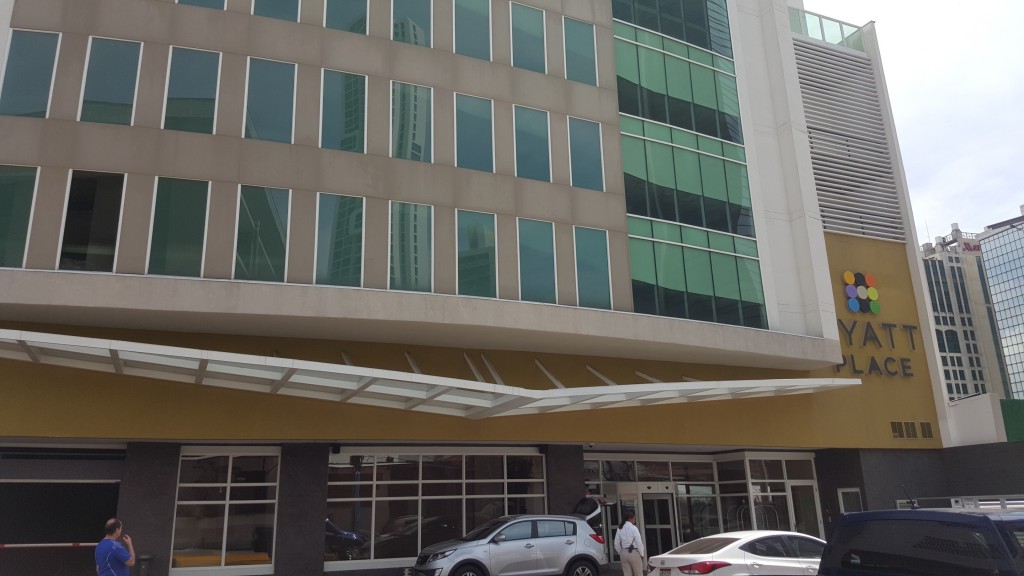 After briefly stopping at the Hyatt Place to check in and dump our luggage and book a Panama Canal tour the next morning at 1030AM, we set out to the nearby strip to grab some food and take a walk. We ended up settling on a Lebanese restaurant called Habibi’s, which also served Peruvian and Panamanian food, and a variety of fusion dishes. The taxi driver who dropped us there explained that there was a large number of Lebanese in the area, as well as Jews. It seemed like there was a thriving expat community, as it was an easy place to live (safe, comfortable, just like home – but in Panama).

Dinner was good – I had the Sea Bass and Dave had the Red Snapper, and we both had a Seca (the local moonshine based on fermented sugar cane) – and we were able to catch some football on the several big screen TVs Habibi’s had. It was kind of a surreal experience walking up and down the road in that area – every other bar was an American styled sports bar, and it looked very similar to home. Definitely a big contrast from Cuba. Our waiter was a very nice guy and we got to talking to him for a while. He was Colombian and came to Panama for more opportunity. He said it used to be pretty easy to come to Panama – but that there was a weird loophole. You had to dwell illegally for 1 year, and then after a year you can apply for a temporary work visa for a year. You had to apply every year for another one – and they were expensive. However, he said it was still worth it. The government recently changed its position on immigration though, and is now making it harder for people to come in and legally work.

We got back to the hotel around 1030PM and went to bed a little bit later after devouring some free internet that we had been without in Cuba. We also enjoyed the view of the city skyline from our hotel room window. 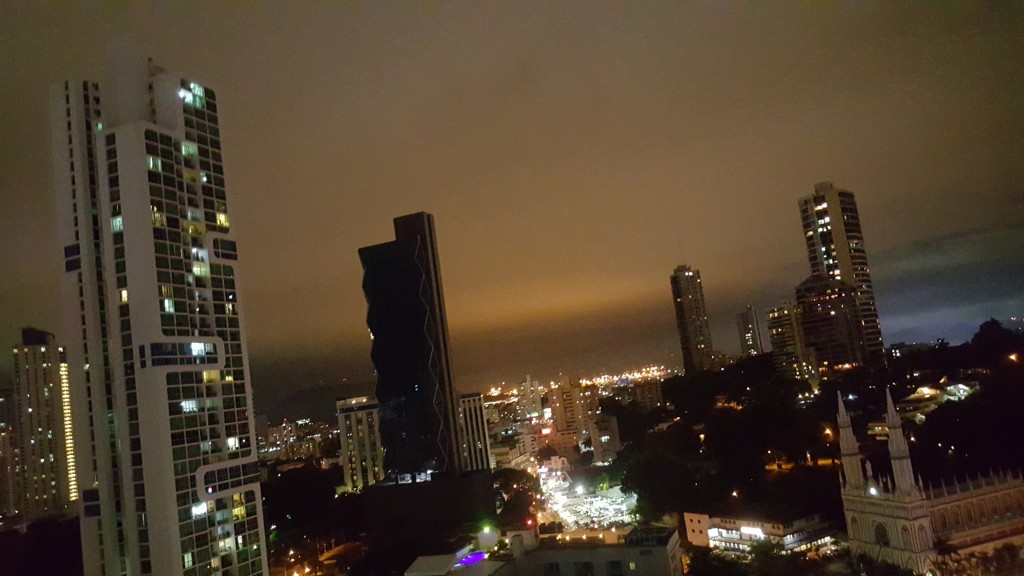 3 thoughts on “Traveling to Panama”