After the museum, it was time to turn in our rental car and head to the airport, where we’d be leaving Cuba. When we picked up our car, we were charged a 150 CUC deposit, which we were told we could get back at the end as long as the car checked out, and we had also negotiated the 25 CUC airport drop-off fee into a 10 CUC fee for a driver to drive us in the rental car to the airport.

We suspected we would not see the 150 CUC again, but surprisingly, the rental company was honest and we got every penny back. Here is the information of the rental car company if you are thinking of renting a car in Cuba (we highly recommend renting a car because driving around and getting lost in the countryside was half the fun!): 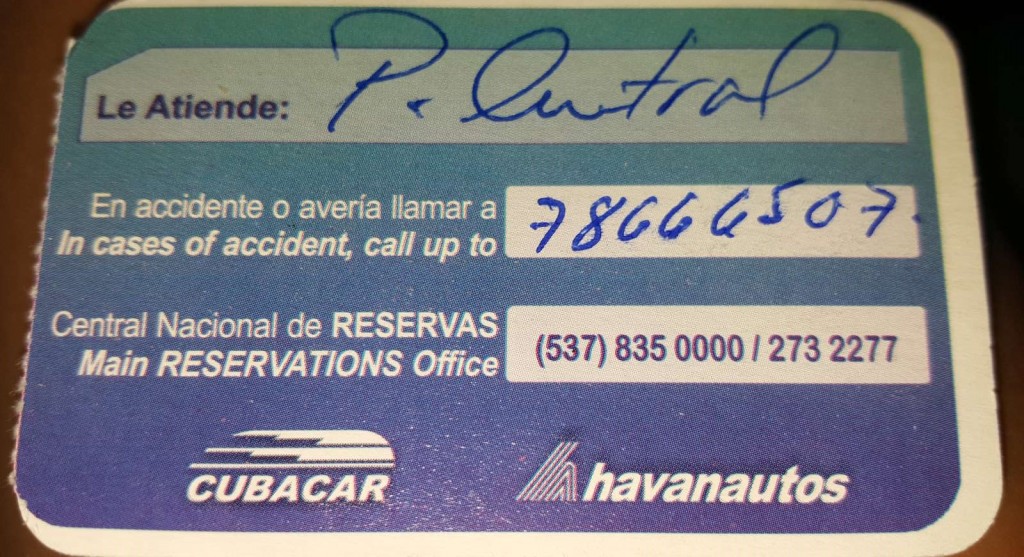 The lesson learnt is to make sure you have extra cash on the day you pick up the rental car for the expense of the deposit (which you will get back), the tank of gas, and the extra driver fee (if you are adding an extra driver). Finally, on the website they say there is no fee for dropping the car off at the airport, only picking it up at the airport, but they will try to charge you this fee nonetheless. Push back and you might get it refunded altogether, or worse case work something out where they drop you off at the airport for less money (10 CUC like we did).

One of the Havanautos staff then drove us to the airport as negotiated in the rental car. Along the way, he noticed that one of the tires was becoming flat, but it was on his watch not ours, and they did not try to charge us for it.

Outside security, Dave waited in the line upstairs (inside the airport) to exchange his remaining CUCs into dollars. We decided that doing the double conversion to Euros and then back to dollars once at PTY would be about the same as the 10% USD conversion tax at the HAV airport. While Dave waited in line, I bought some of the tequila we liked – Olmeca. After purchasing it, I looked more closely at the bottle at it said “Hecho en Mexico” (Made in Mexico). It figured, but it was still delicious 😉

Leaving Cuba was certainly easier than entering – I was only questioned a nominal amount by the exit immigration officer, and sadly he took my Tourist Card, which I was hoping to save as a souvenir (no other evidence of it remained in my passport).

Once inside, I bought some Legenderio rum that I never did get to try at Duty Free for 10 CUC and we walked around killing time. This one really was made in Cuba. We were also able to use up the remained of our Wi-Fi card, and Dave bought some bad food (literally the worst pizza we’d ever seen). 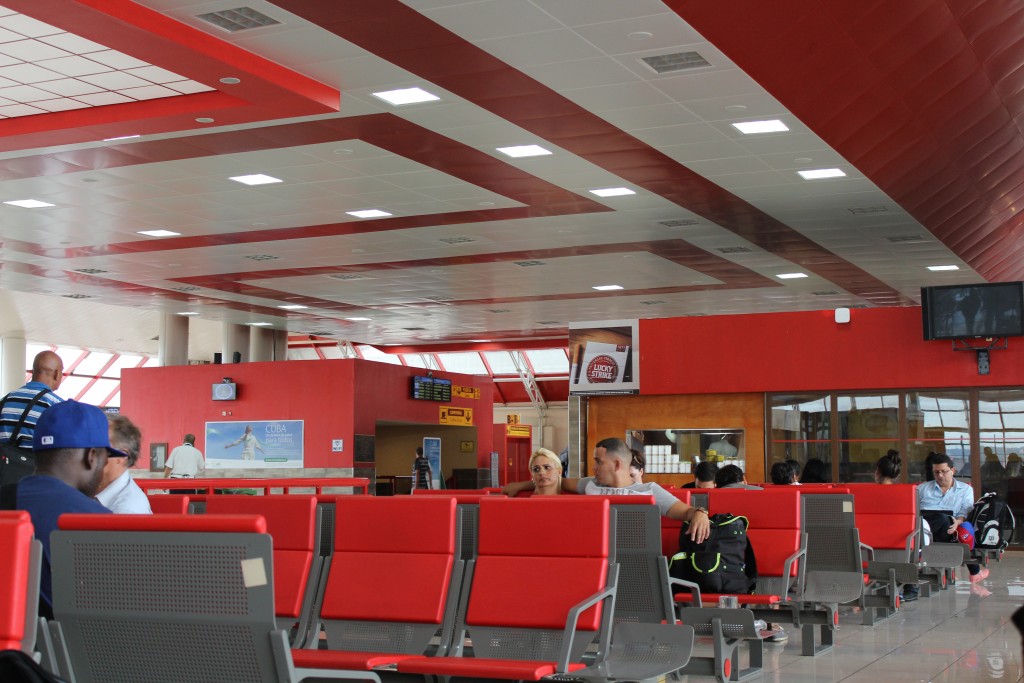 Leaving Cuba – the HAV airport

We boarded the flight no problem, and were soon leaving Cuba, and headed on to Panama. 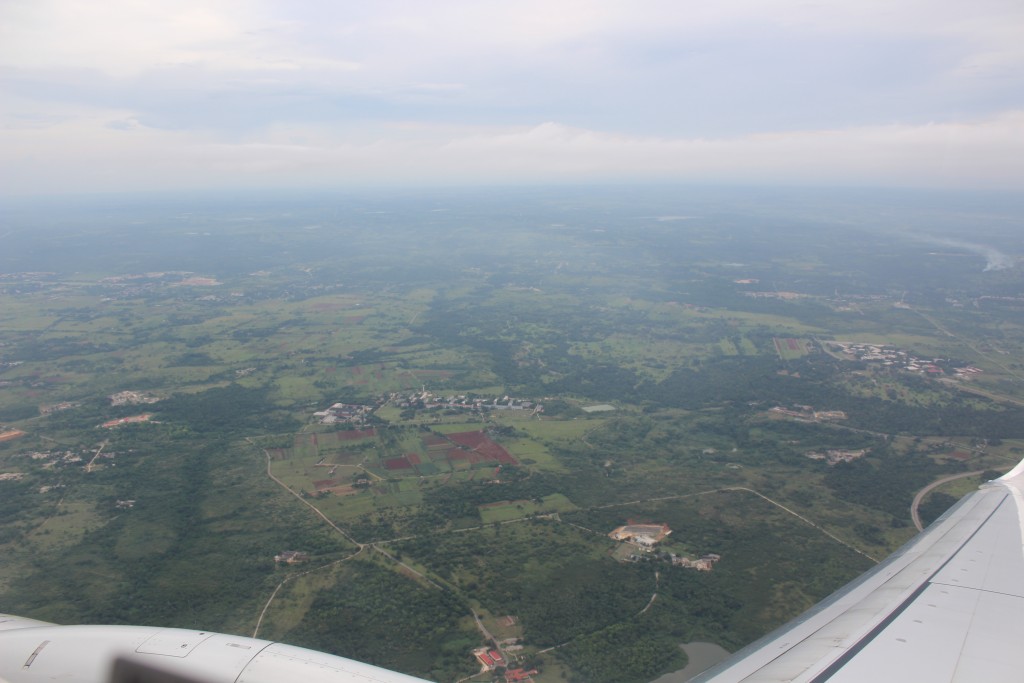 Leaving Cuba – the view from the plane

← Museum of the Revolution Traveling to Panama →

One thought on “Leaving Cuba”