I wasn’t feeling great the night before walking around Panama City downtown, but pulled myself together enough to make it to the Panama Canal. I had stomach cramps – so I knew something was going on in the GI region. I immediately took some Ciproflaxin, Imodium, and Gas-X all together and continued taking them throughout the next 2 days until the cramps subsided. I was glad this happened in Panama and NOT in Cuba.

Because I wasn’t feeling great, we were a little late to our Panama Canal tour – we made it downstairs after the decent buffet breakfast included with our room by 11AM. Our guide’s name was Ruven, and he agreed to drive us to the Panama Canal and walk us through the museum for $55. Thankfully it wasn’t a lot of exertion – it was about a 30 minute ride in – and then we basically just watched a boat work its way through the locks. Admission was $15 for an adult, and $10 for a student – I’m still making use of my Thunderbird ID card that doesn’t have an expiration. 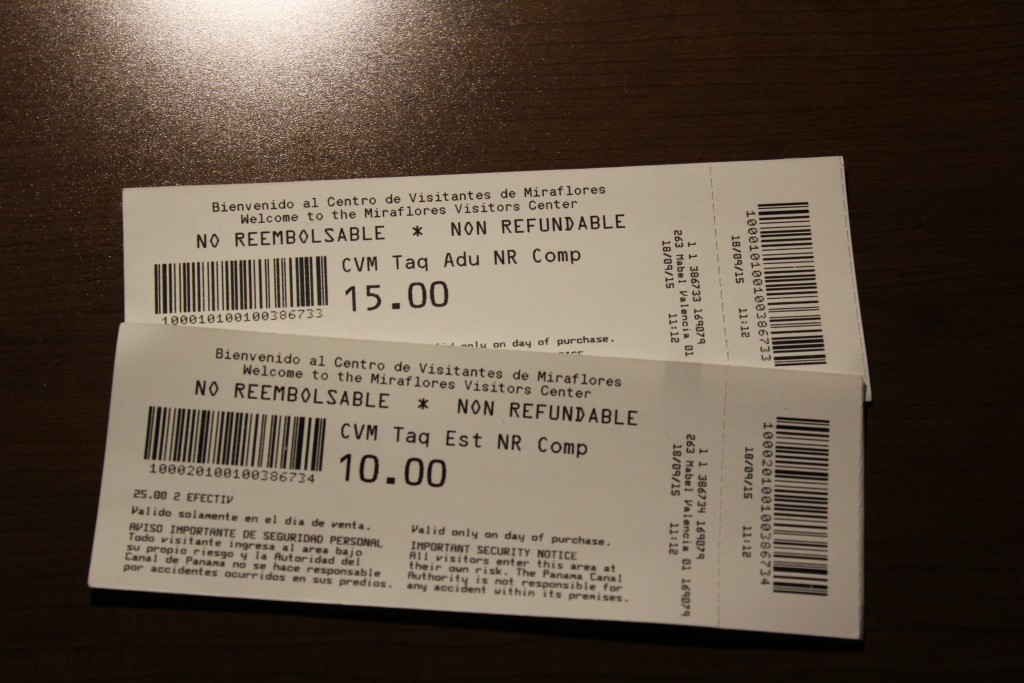 Up at the 4th story of the museum, there was a viewing point where we stopped to watch a boat move through the locks from the Atlantic side. It really was an engineering marvel. 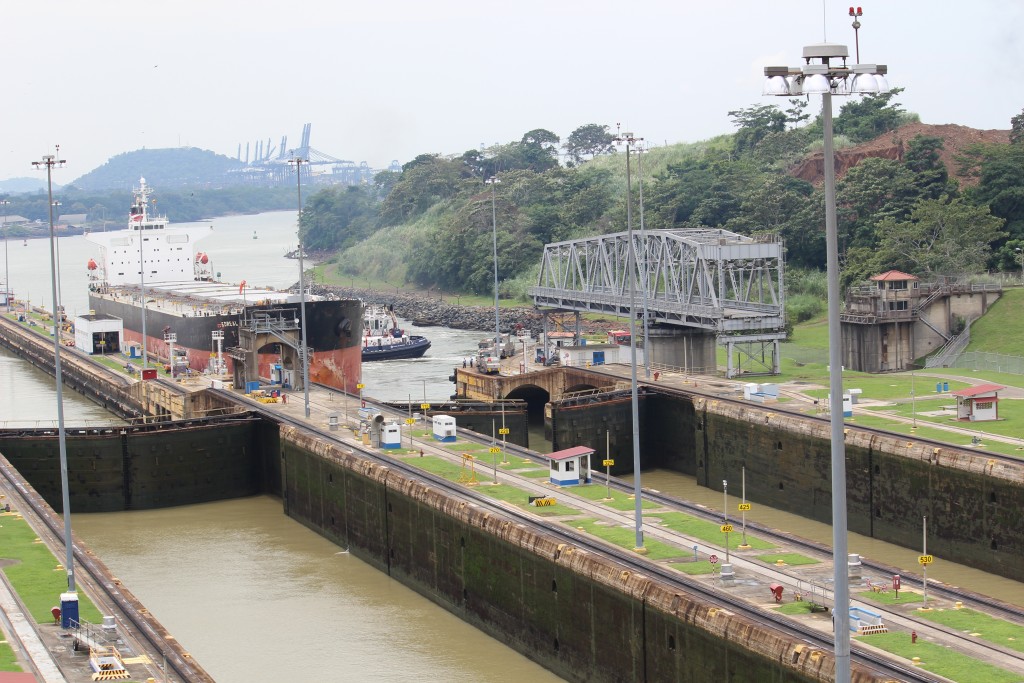 Ship passing through the Panama Canal

Apparently the first attempt to build the canal (by the French) failed because they wanted to bore a hole through the 60 mile stretch of land to flatten out the water passage to avoid having to build locks. Halfway through, they realized it was too hard and too costly, and they gave up. Americans took over the construction and engineering the lock system in place today. It takes a ship 6-8 hours to transit the Canal, and they offer tourist cruises across. You can read more about the engineering and design here.

Ship crossing towards the Pacific side of the Panama Canal

We went back up to the top of the Panama Canal (Milaflores Museum) and took a final closing shots of the locks. One thing I found interesting, and which Ruven also pointed out, is the tug boat and runners that go along the side of the ship and guide it so it won’t hit the sides.

Boats waiting to pass through the Panama Canal locks 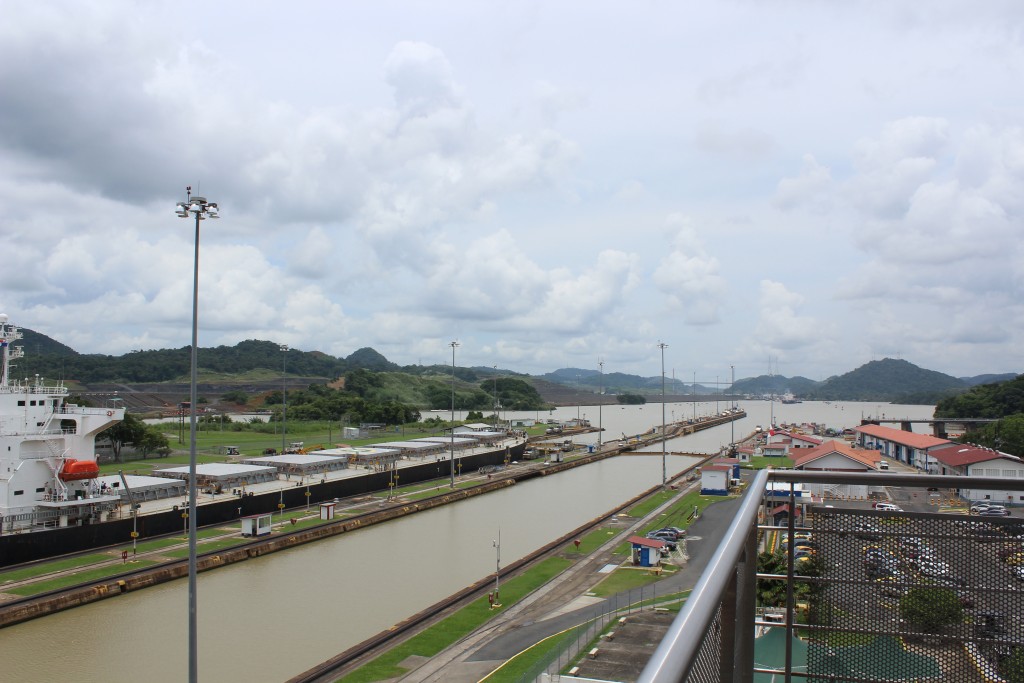 After about 90 minutes, we had had enough, and went back to the hotel. It was the perfect morning activity, but I still wasn’t feeling great so I settled in to a long nap.

3 thoughts on “The Panama Canal”