The next morning was an early start because it was going to be a long day of driving through the Omani mountains, the desert, and Nizwa. I started with a small breakfast of local watermelon and tea around 815AM at the hotel and then met Sulaiman outside. Then, we stopped by a local dhow making workshop. 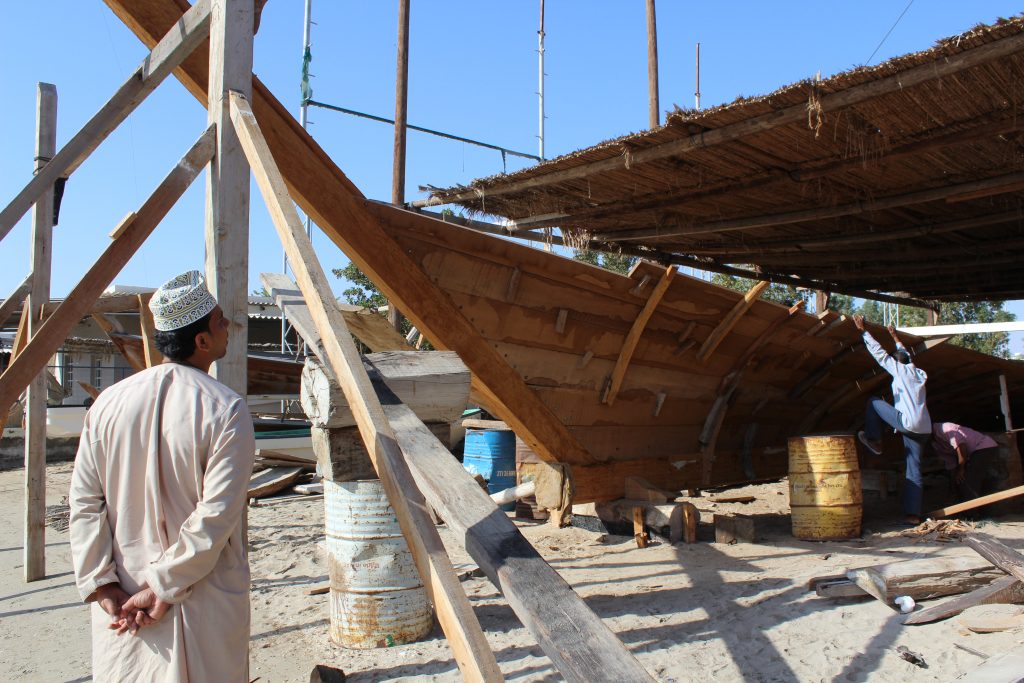 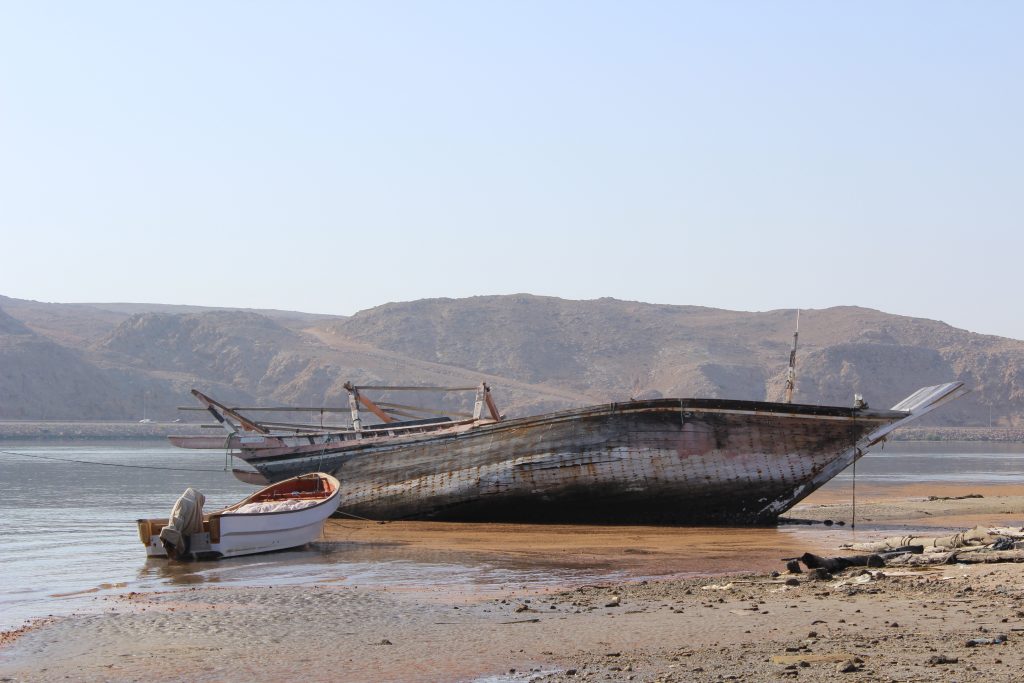 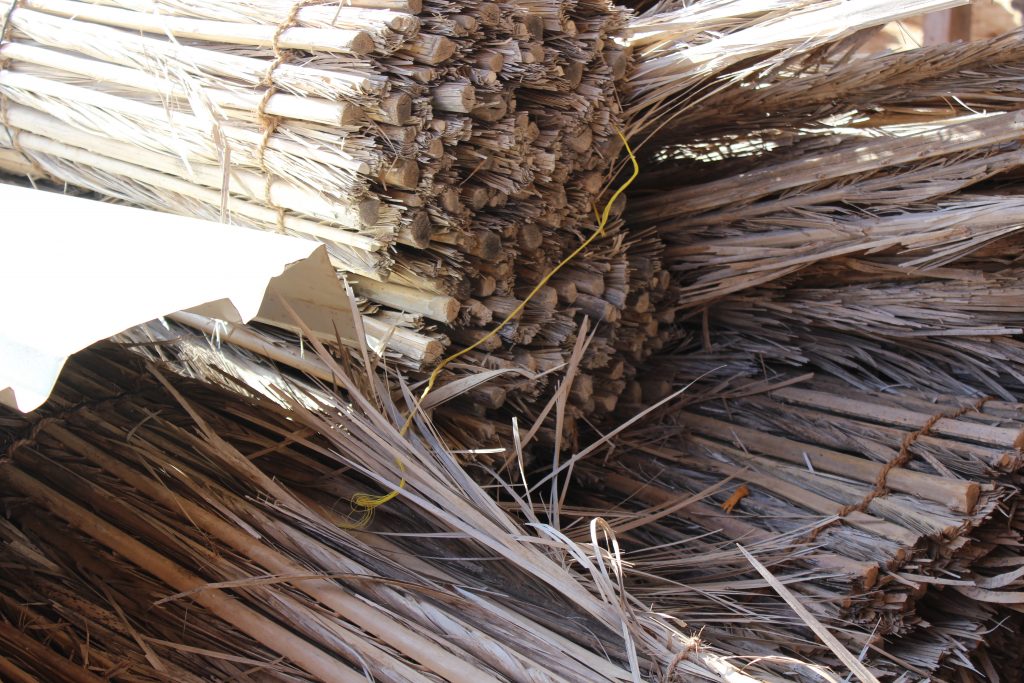 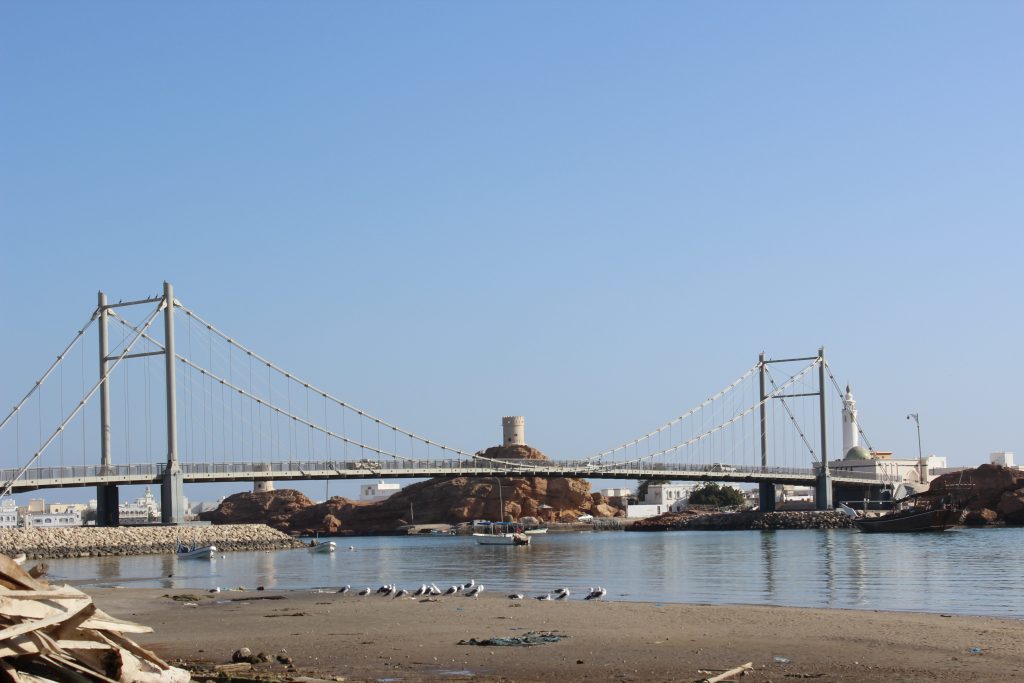 Incidentally, the above pic shows the bridge we had driven over the previous night to get to the turtle reserve beach area.

Just getting out of Sur and getting to the Wahiba Sands desert area was about a 2-hour drive, and we arrived around 1030AM. The sands were vast and beautiful. 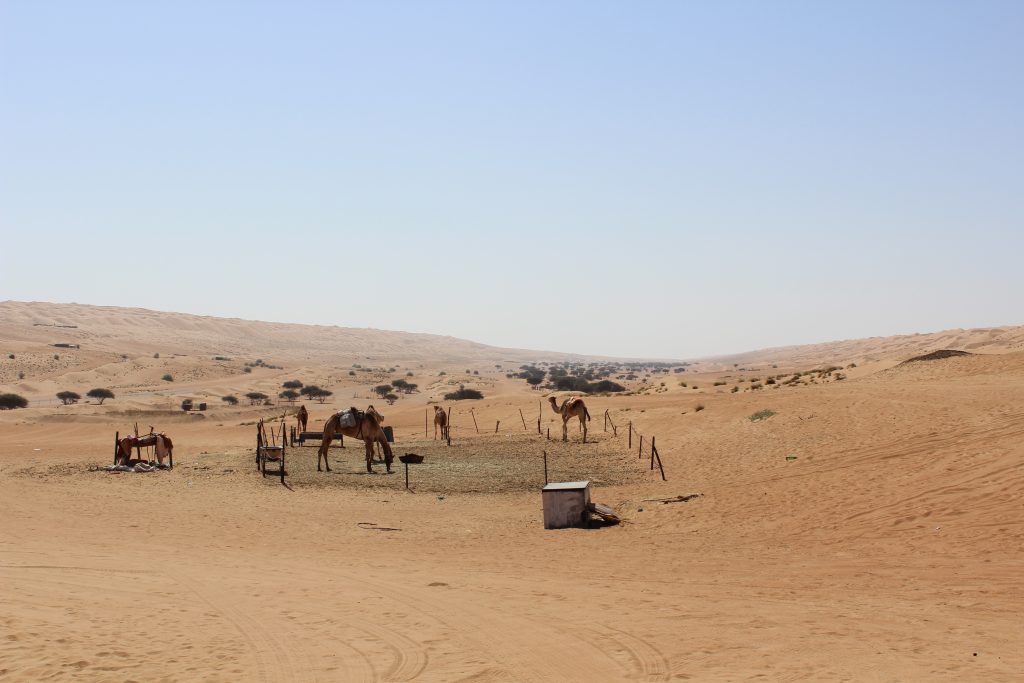 We stopped first and had a short visit for Bedouin coffee and dates with a local family in their Bedouin tents (read: tourist trap). Sulaiman was great because he showed me these things quickly and there was never any pressure to buy anything (and I never did). It was nice to just breeze through and see what there was to see without obligation. Omanis generally are a low-pressure culture, adding to the pleasantness and relaxed nature of the country. 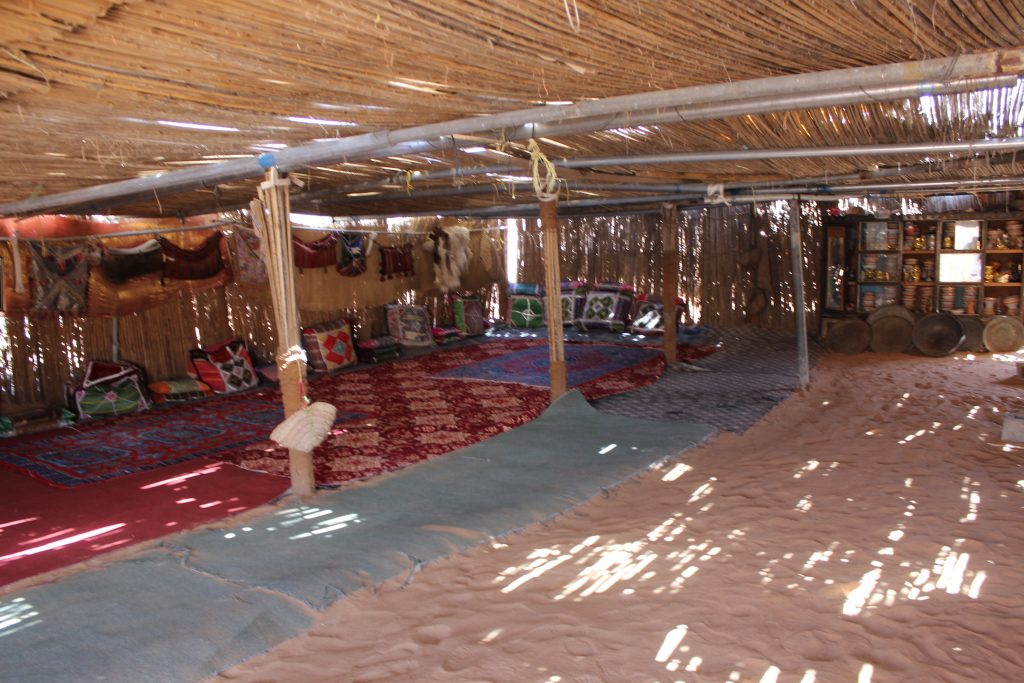 Then we went dune-bashing for twenty minutes or so, and made it to nearly the top of one of the sand dunes until the car couldn’t make it anymore (we never deflated the tires, which makes it more difficult). 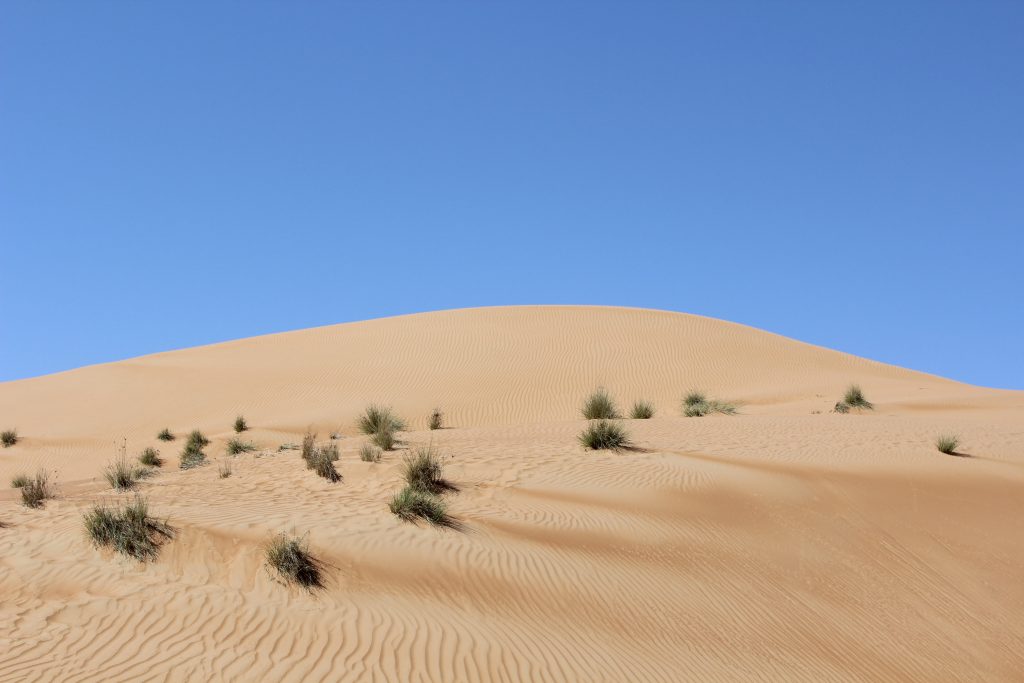 So we got out and continued walking to the top. Sulaiman explained that the sand was three colors. The sands of red, yellow, and white. 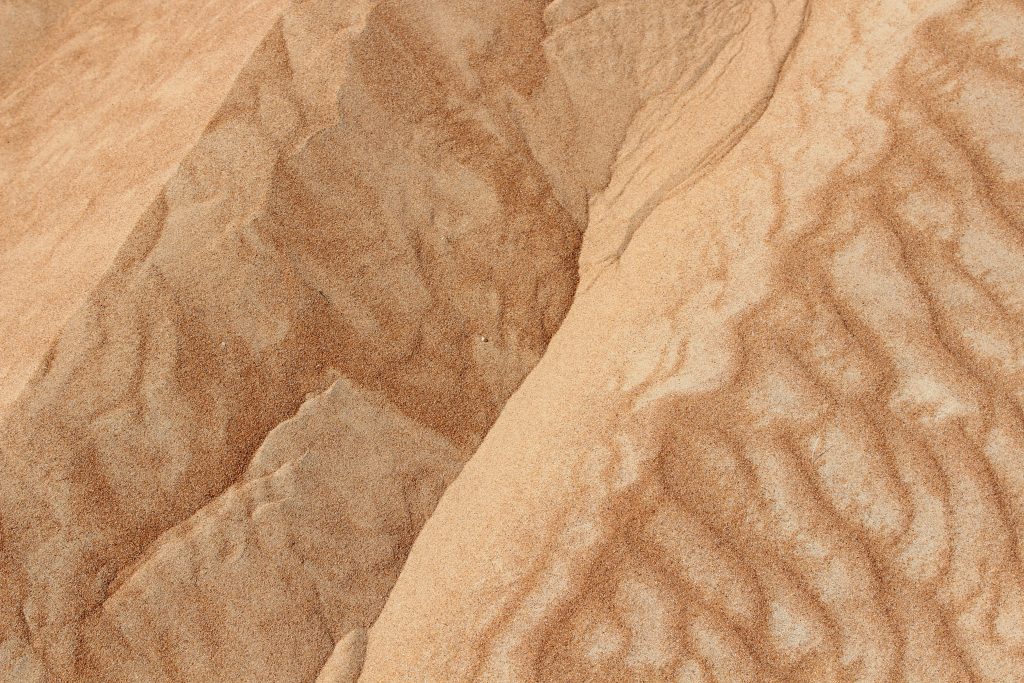 The white sand would easily blow away and danced on top. The red sand was heavier than the white, but less permanent that the yellow. The yellow was the predominant color and formed the shape of the dunes and the desert.

After the dune bashing, we continue driving for another hour or so, stopping for a toilet break along the way at a gas station. I continued to be impressed about the accessibility of public restrooms with decent cleanliness as well (even if some were squatting only). Then we stopped for lunch at a roadside restaurant on the way to Nizwa from Wahiba Sands. We had another traditional Omani lunch, this time of a grilled chicken over basmati, which we ate off of a shared platter that was laid down on a table cloth on the floor, within a draped enclave. 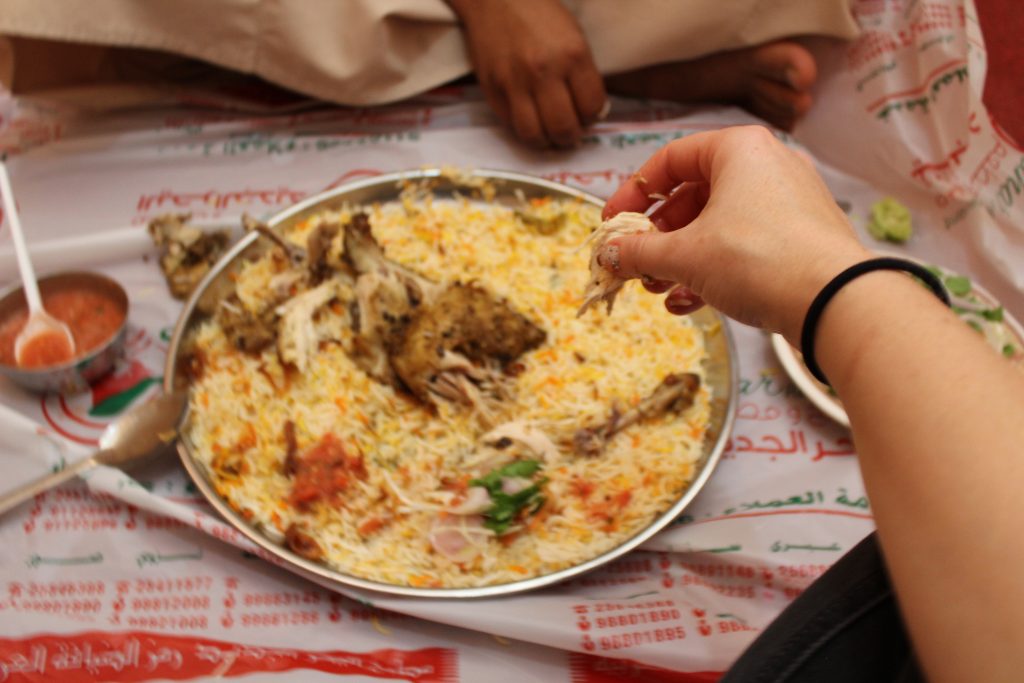 We just beat the lunch rush (around 1PM). We ate with our hands, and Sulaiman showed me how – it was just like in India and after a while the method came back to me. I also was really loving how an assortment of raw, cut vegetables was served with every meal here – very healthy! Some nice tea topped off the meal, which we took to go.

After another 30 minute drive or so we found Nizwa around 230PM, and started by walking through the Suq (which was mostly still closed) to the fort. 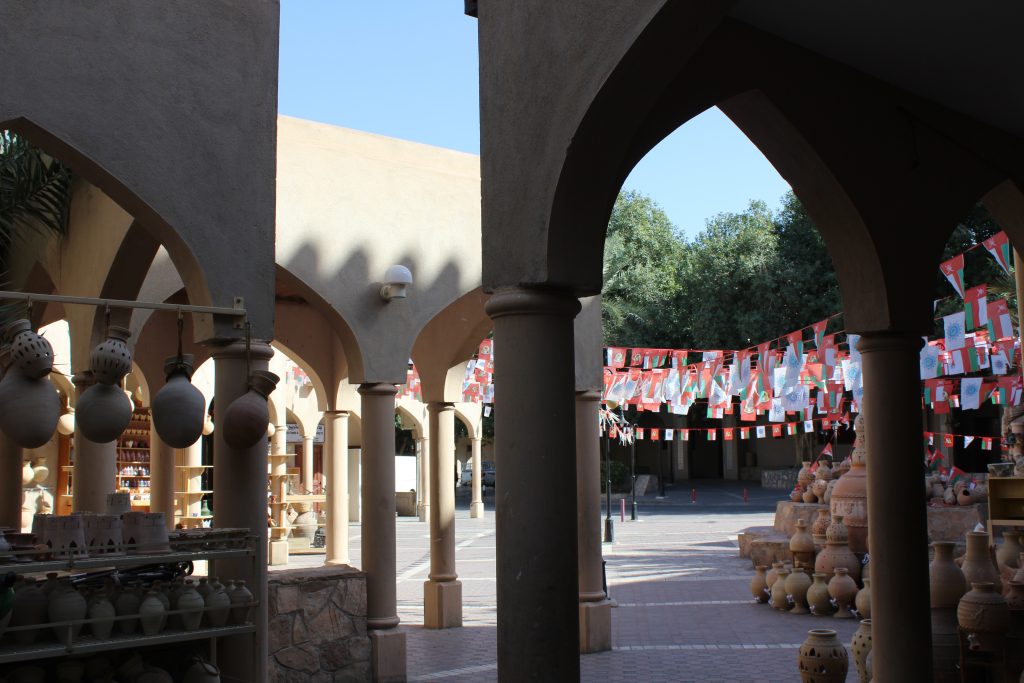 We spent about an hour touring the fort, which was built to protect the city and was built by the Portuguese in the 17th century. There were some interesting features to the Nizwa fort – first of all, it was designed with many narrow passages and strategic openings where hot water or syrup was dropped on invaders, as well as holes that opened up in the ground and swallowed people, making the fort very defensible. 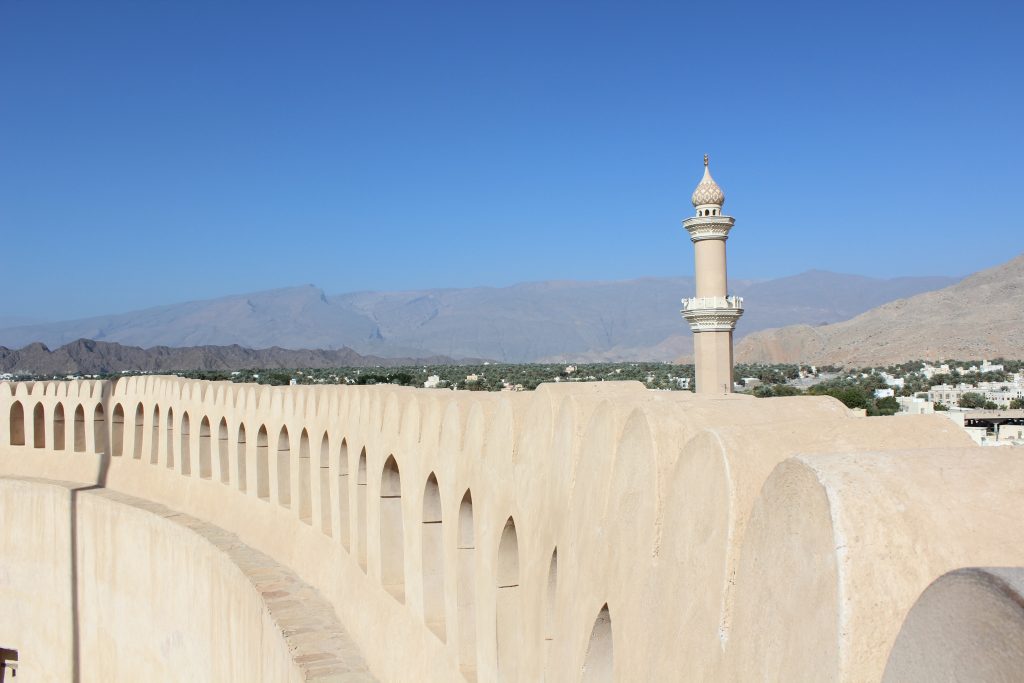 At the top, you could seen the green awning of date trees blanketing the city. 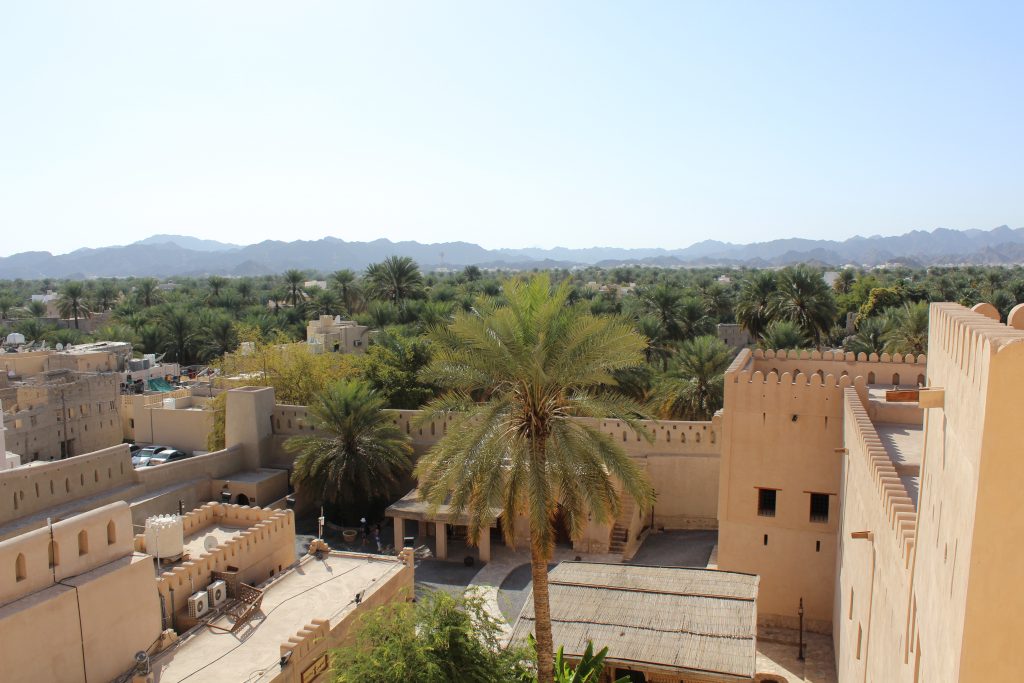 Sulaiman explained that it used to be even greener and you couldn’t even see the tops of the buildings, but in the drought in the last decade 2/3 of the trees died, coupled with people building extra floors to their homes.

The other point of interest was the chronological timeline comparing civilizations across the world at the same points in history. It was a wonderful way to do it, and of course highlighted how advanced the Middle East (and Asia) was compared to other civilizations. One notable omission was “Lucy”, the first human found in Ethiopia. 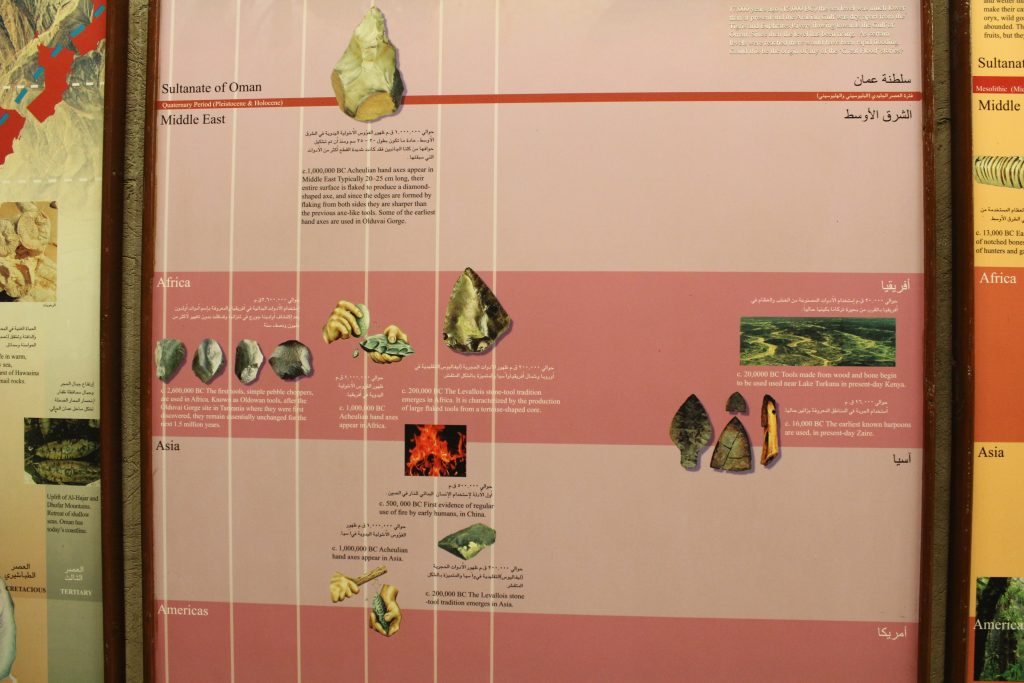 You can read more about the Nizwa Fort here.

After the Nizwa Fort we walked to the cattle and fish market, which was the featured attraction on Friday mornings. Today was a Wednesday, so nothing big happening but the usual market, reopening at 4PM. We did get to see a farmer pollinating his date and a goat herder getting ready to unload his cargo in to the Suq. I also enjoyed taking some pictures of Nizwa pottery, because everyone knows I like taking pictures of lots of small things close up. 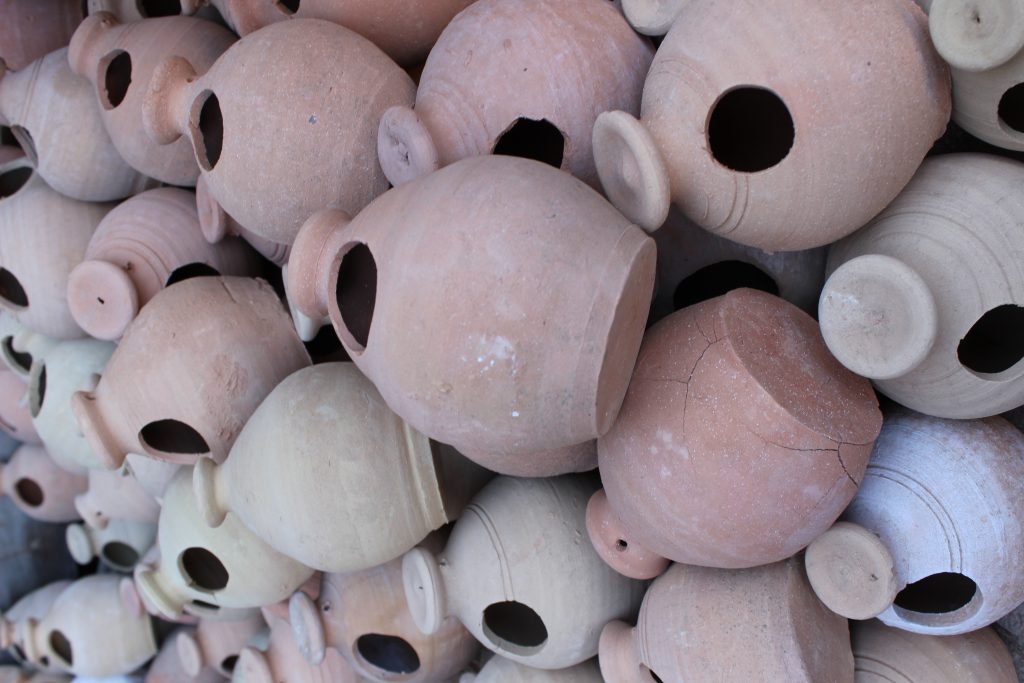 We left Nizwa around 4PM and headed to the Omani mountains – where we would spend the night in Jebel Shams. The Omani mountains here near Nizwa was home to the Omani’s version of the Grand Canyon, which we reached after another hour on the road, winding up a narrow mountain highway that eventually became a dirt road (and then a highway again). We saw very few cars along the way, and as we reached the top (2,000 meters) the view was astonishing. At the apex, we reached a view point that allowed for the best line of site in to Jebel Shams (Mountain of the Sun). 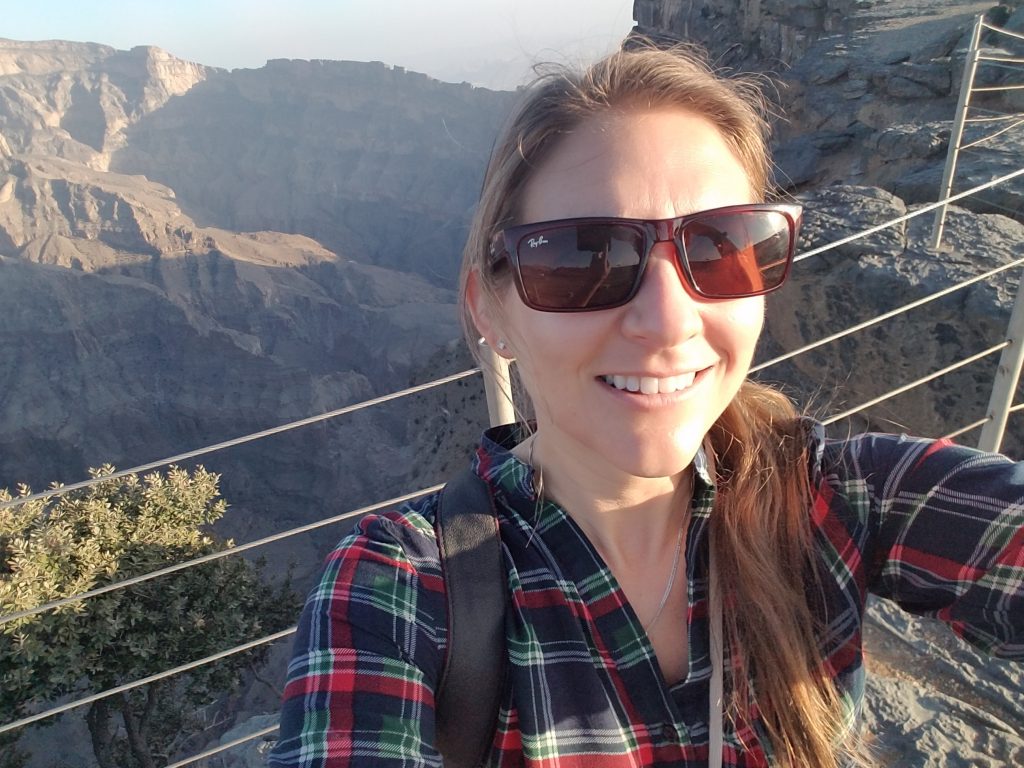 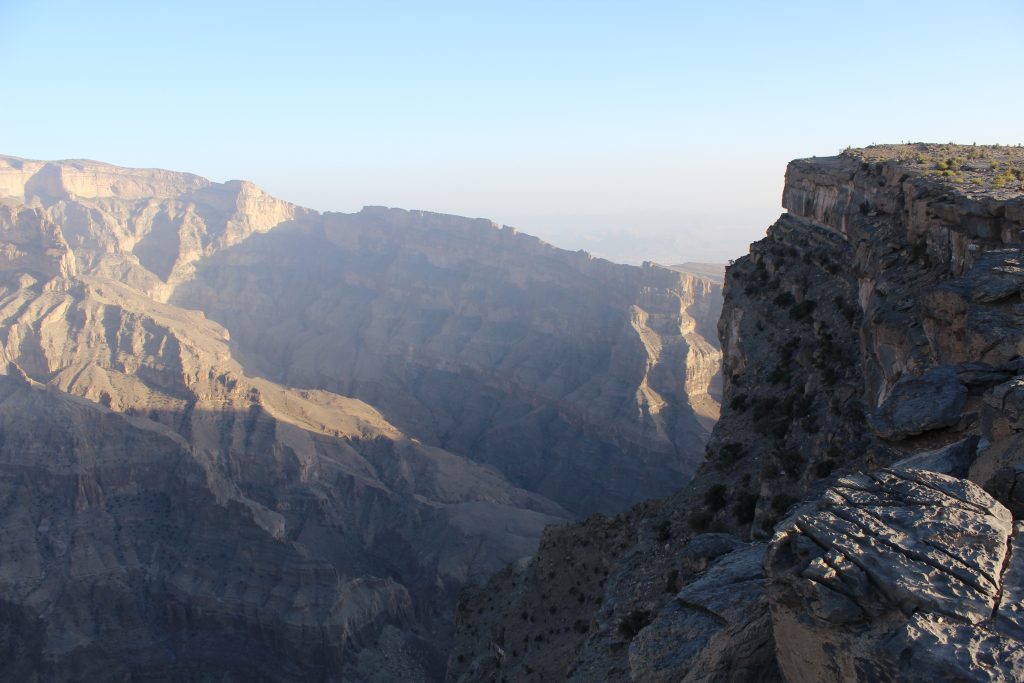 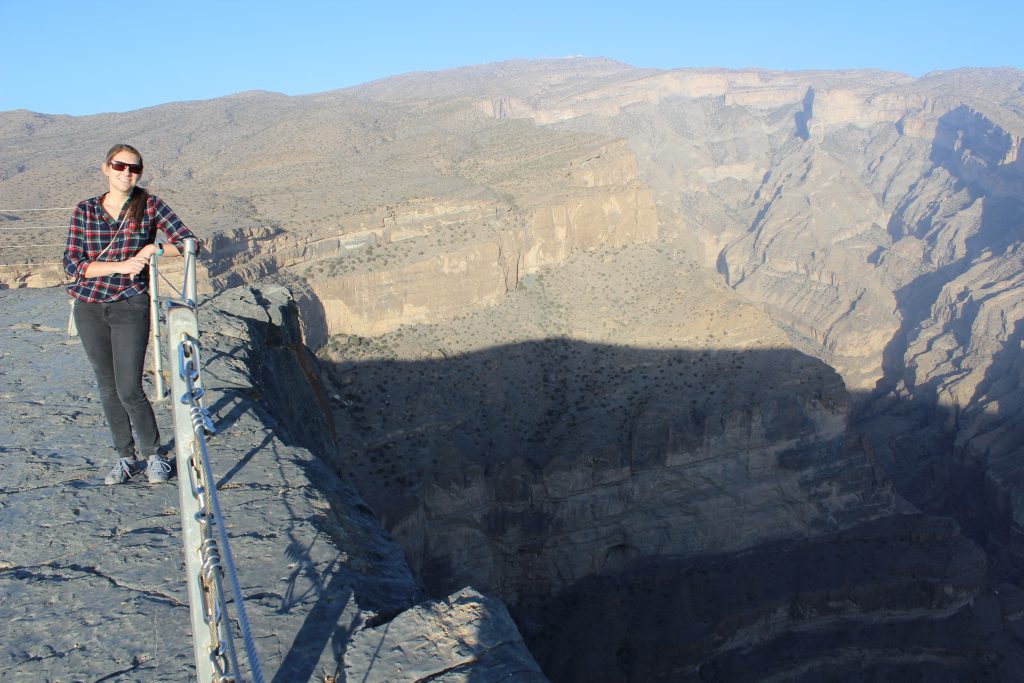 There was an Omani family picnicking nearby, who invited us for tea and sweet bread (like a donut, but less sugary). People were very friendly.

Omani mountains – family in back left offered us tea

I also had another local visitor of the furry variety – just popping in to say hello (they were everywhere)! 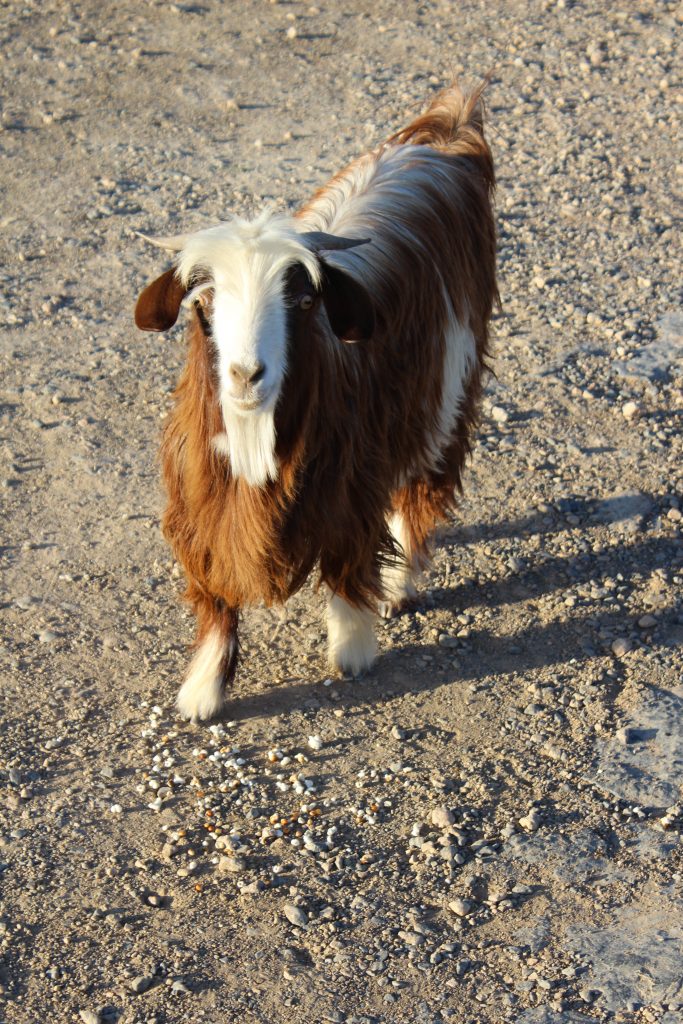 We drove a few minutes down the road to our camp for the night – Jebel Shams resort – and watched the sunset behind the Omani mountains opposite Jebel Shams. 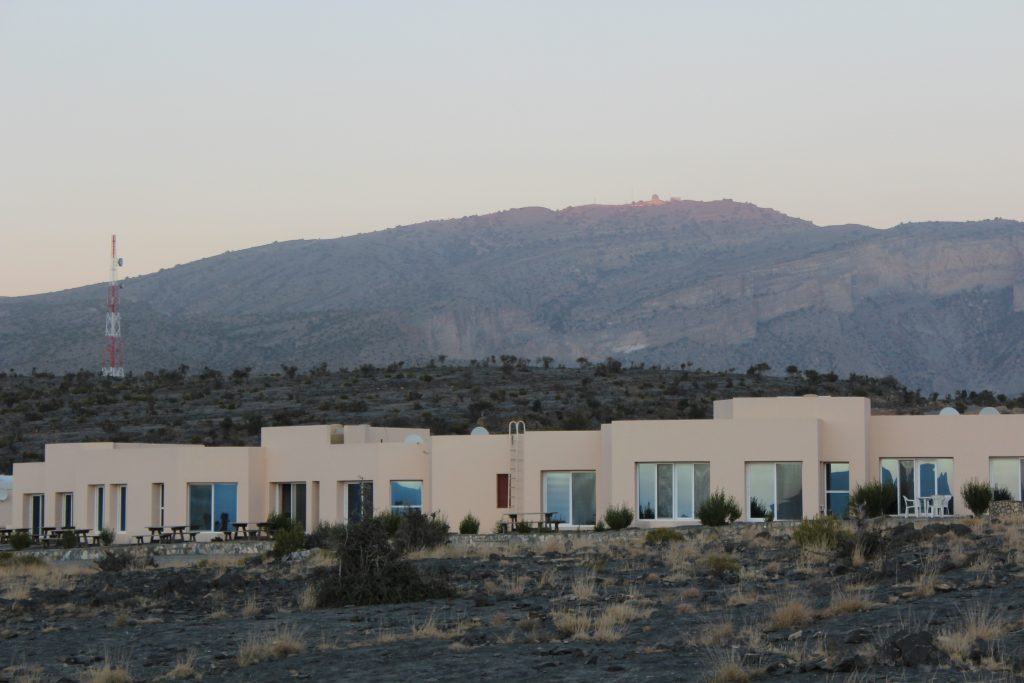 I was given what Sulaiman called an Arabic “chalet” for quarters – it was very spacious, clean, and had an awesome shower with hot, hot water (it was getting cold on top of the Omani mountains – and reached 5 C at night). 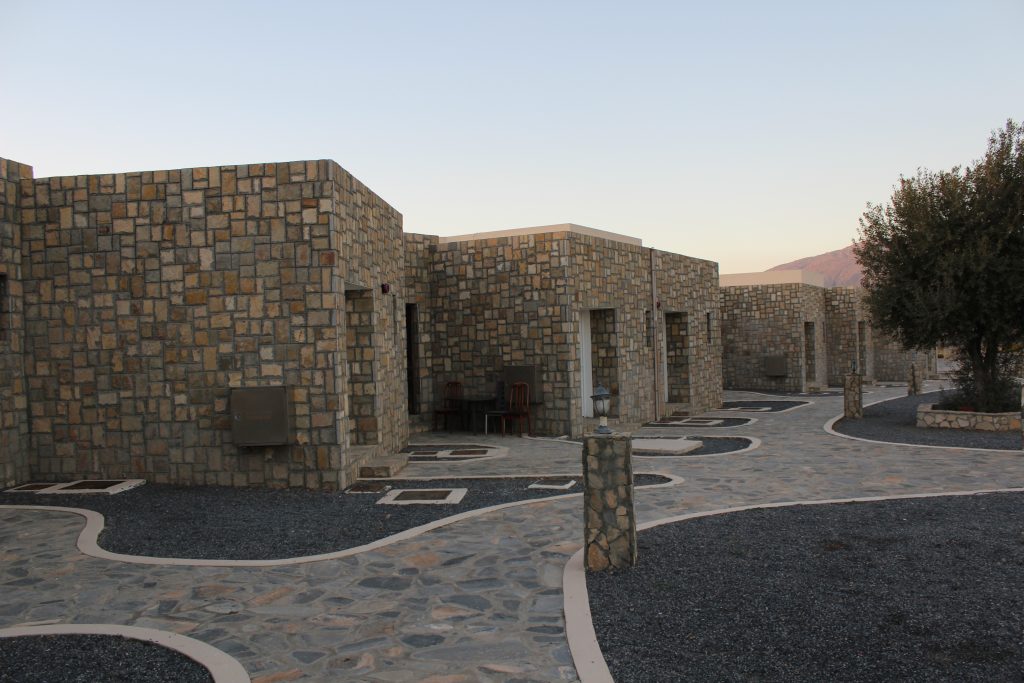 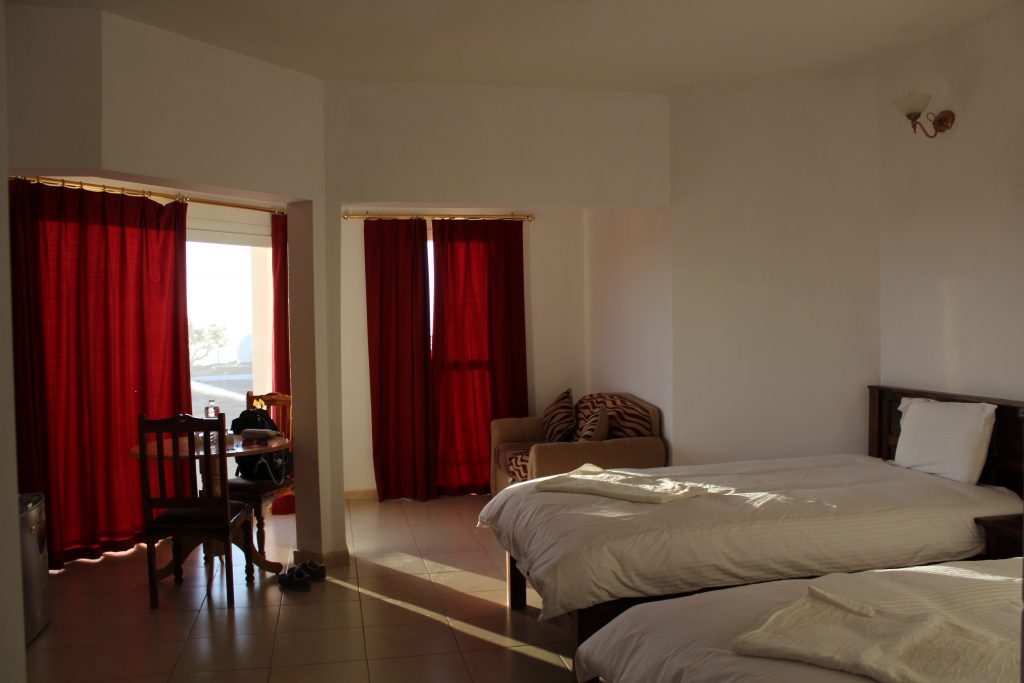 There were also Arabic tents and regular rooms.

Before the sun went down, I was able to capture these last final shots over the Omani mountains opposite of Jebel Shams. 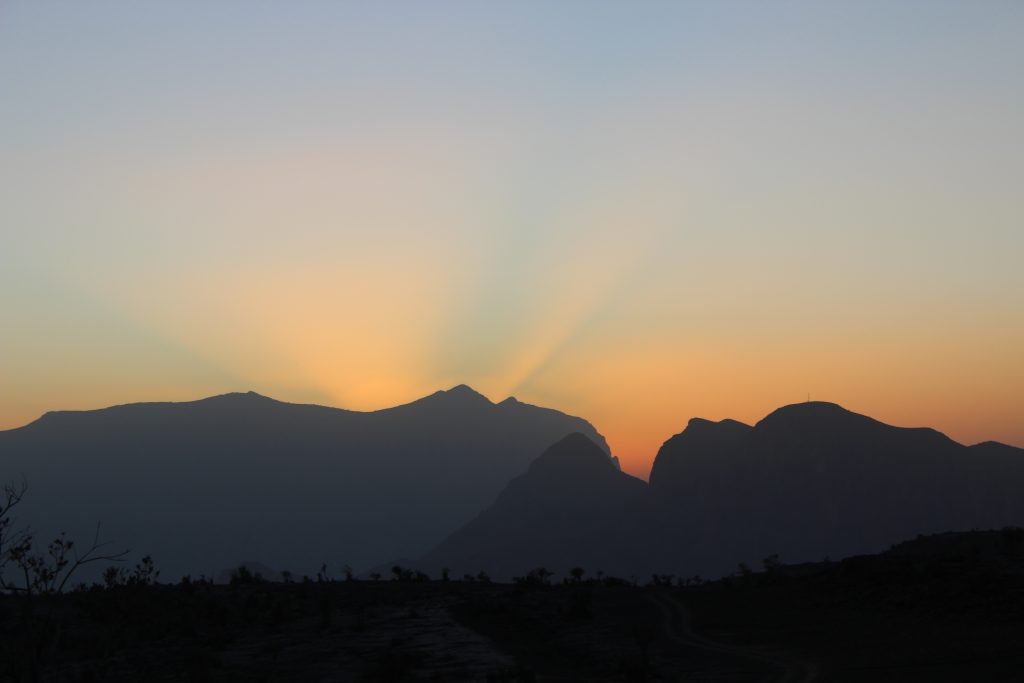 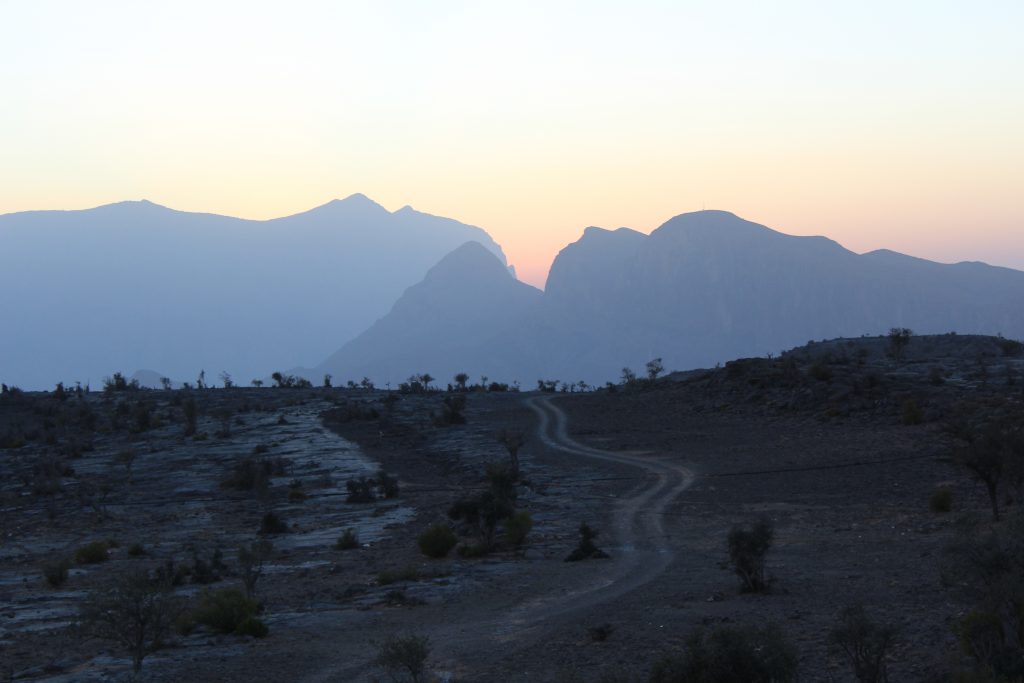 No internet, although Wi-Fi did technically exist, the signal was so bad on the mountain that it was practically inaccessible. But, who needs internet when you have the Omani mountains and a bed of stars to fall asleep to? And, with a bountiful buffet of mixed Omani, British, and Indian food for dinner, we went to bed early with full stomachs as well. This was a probably equivalent to what we would call “glamping”, for 50 OMR a night (2.6 OMR: 1 USD). 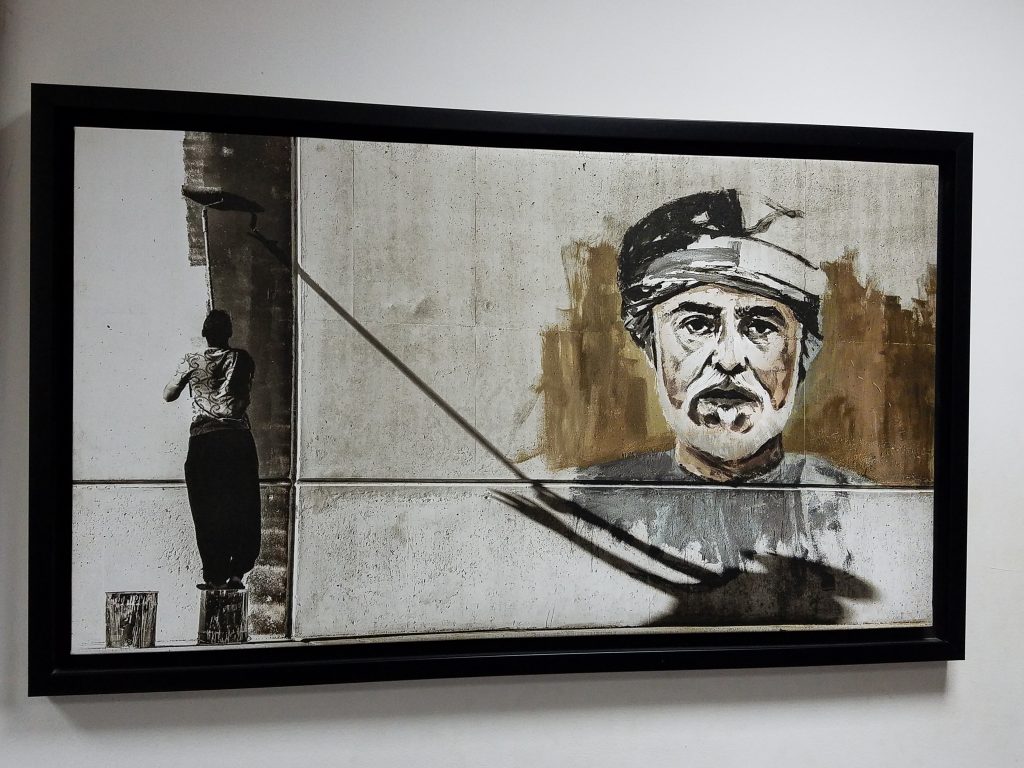