After two great days driving around Western Colorado, we wanted to make the most of our final day and get in some more great drives from Carbondale. After considering staying one more night, and asking about the rates at the front desk – we decided that the rate hike, in addition to our room not being made up the previous day (apparently the cleaning staff hadn’t shown up), did not warrant staying another night. So, as I checked out of the Redstone Inn (which we summed up as an above average but not exceptional stay), Dave got in a drone flight over the Redstone river. 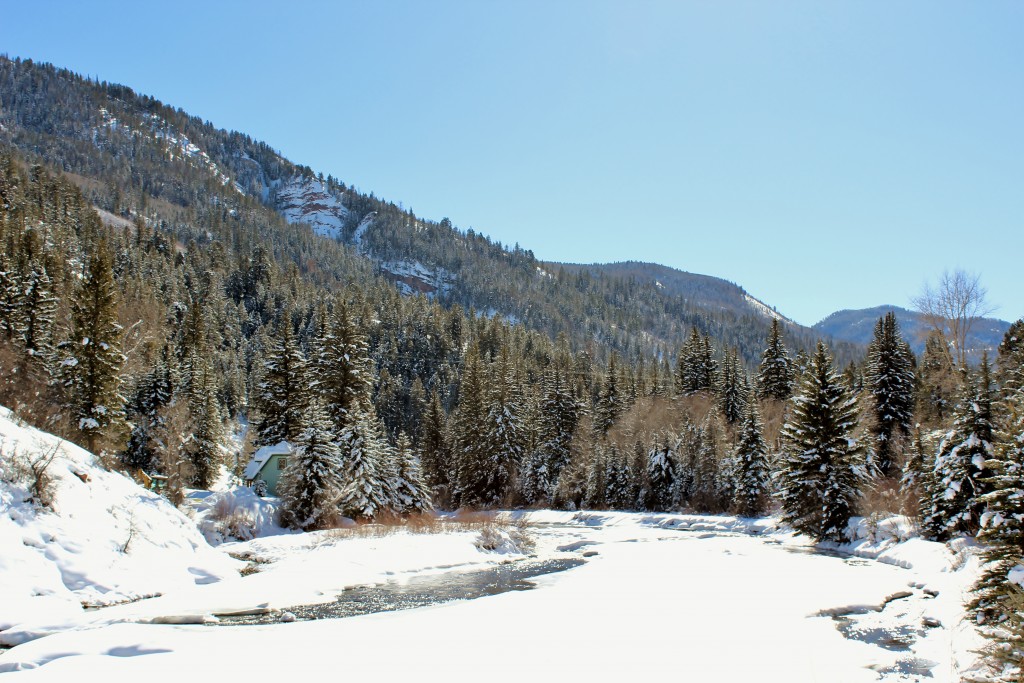 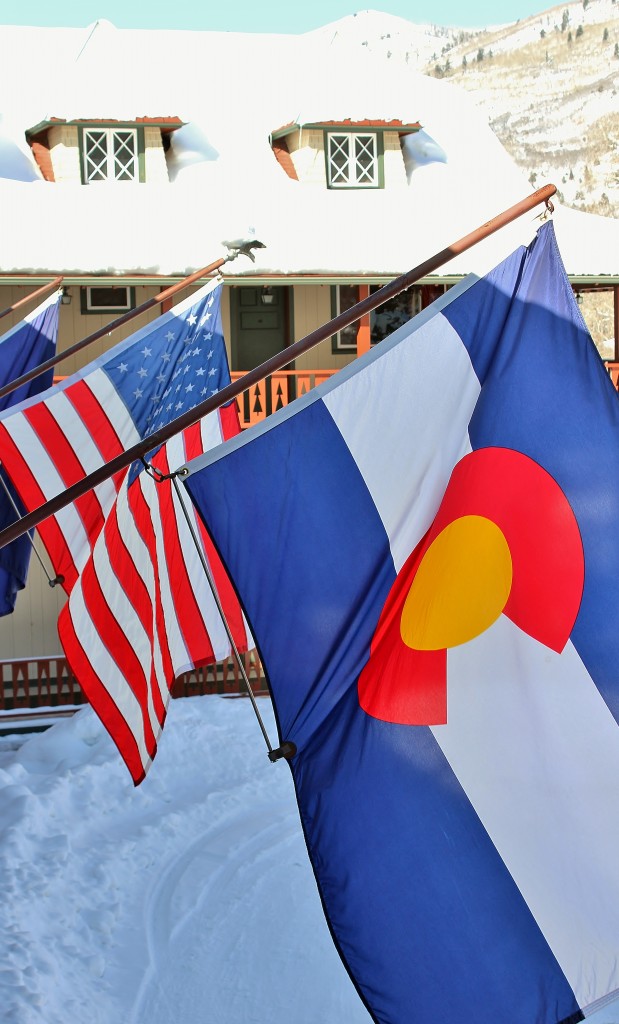 Flags at the Redstone Inn

We knew that we first needed breakfast, and all the locals said that the best place in the Redstone/Carbondale area was the Village Smithy. We made it so.

Breakfast was delicious – the real deal. I had the breakfast sandwich with a side of blueberry corn cakes (think cornbread with blueberries!), while Dave had eggs benedict. We even had the choice of maple syrup from Vermont and organic eggs. This place was awesome, and we highly recommend. Not only was the food great, but so was the service, and the waitresses were super nice. Ours re-iterated that there were several great drives from Carbondale that we should take, including the Catherine Store Road drive we were planning on doing after breakfast (that we had learned about in Redstone). 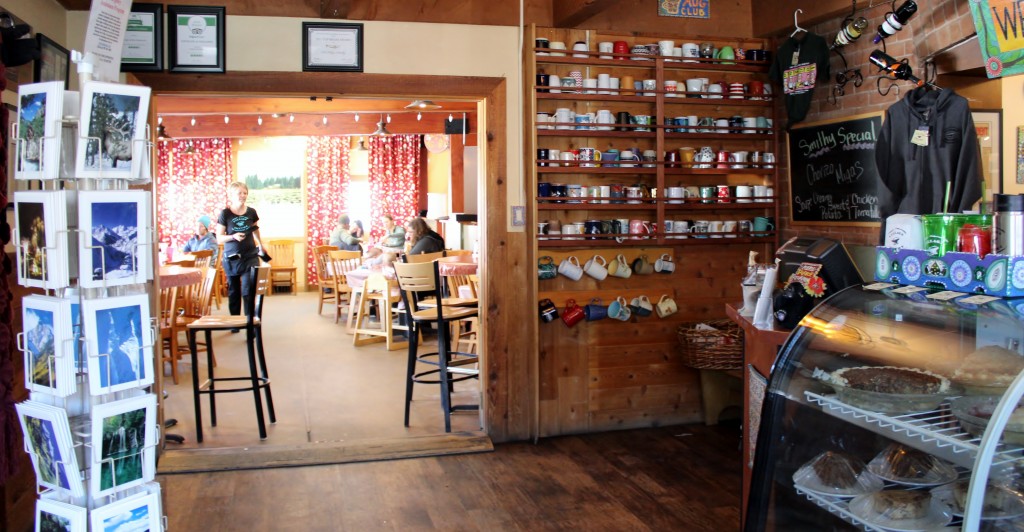 Inside the Village Smithy in Carbondale

We set out after breakfast to the Catherine Store Road drive in El Jebel, which we found easily from the “turn left at the Wendy’s” directions we received from multiple people. This is one of the great drives from Carbondale that we recommend you do if you’re in the area. It was especially memorable in the Winter, since the roads were only semi-passable and we felt amply rewarded when we got to the end of the pass that snowed out. My Acura did well. 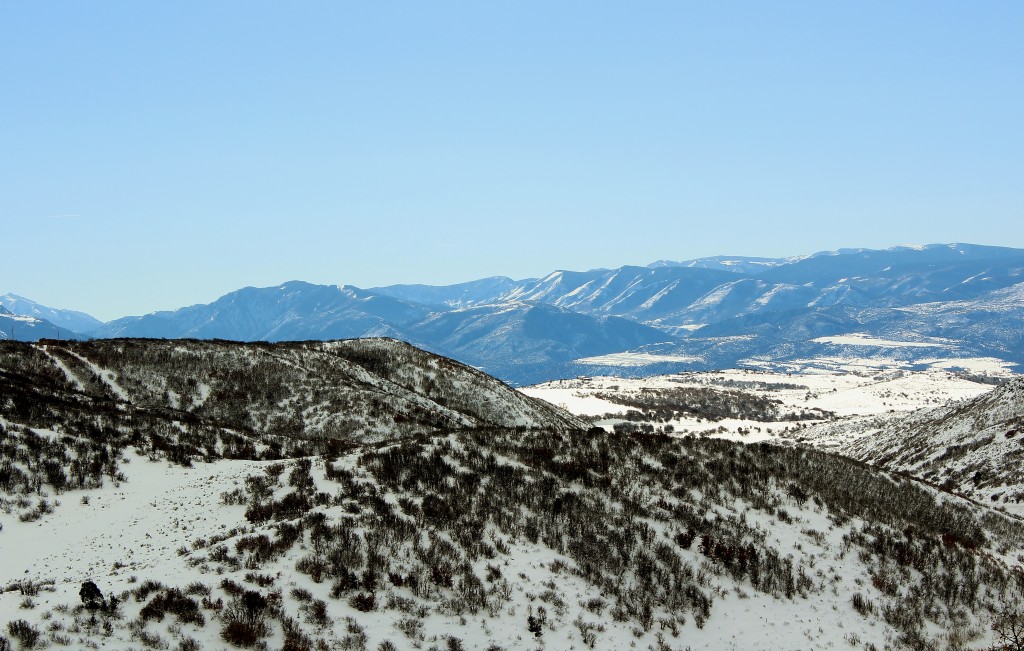 Catherine Store Road – one of the great drives from Carbondale

The highlight was probably on the drive back down, when we got unobstructed views of Mount Sopris, the tallest mountain in the area. 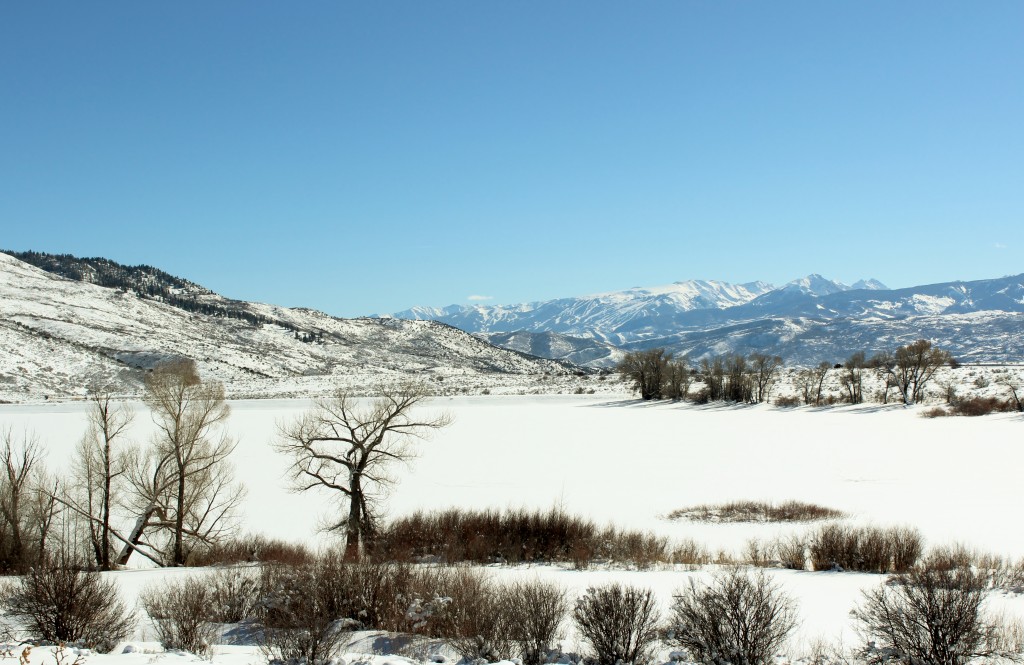 …and a bluejay against the stark white snow. 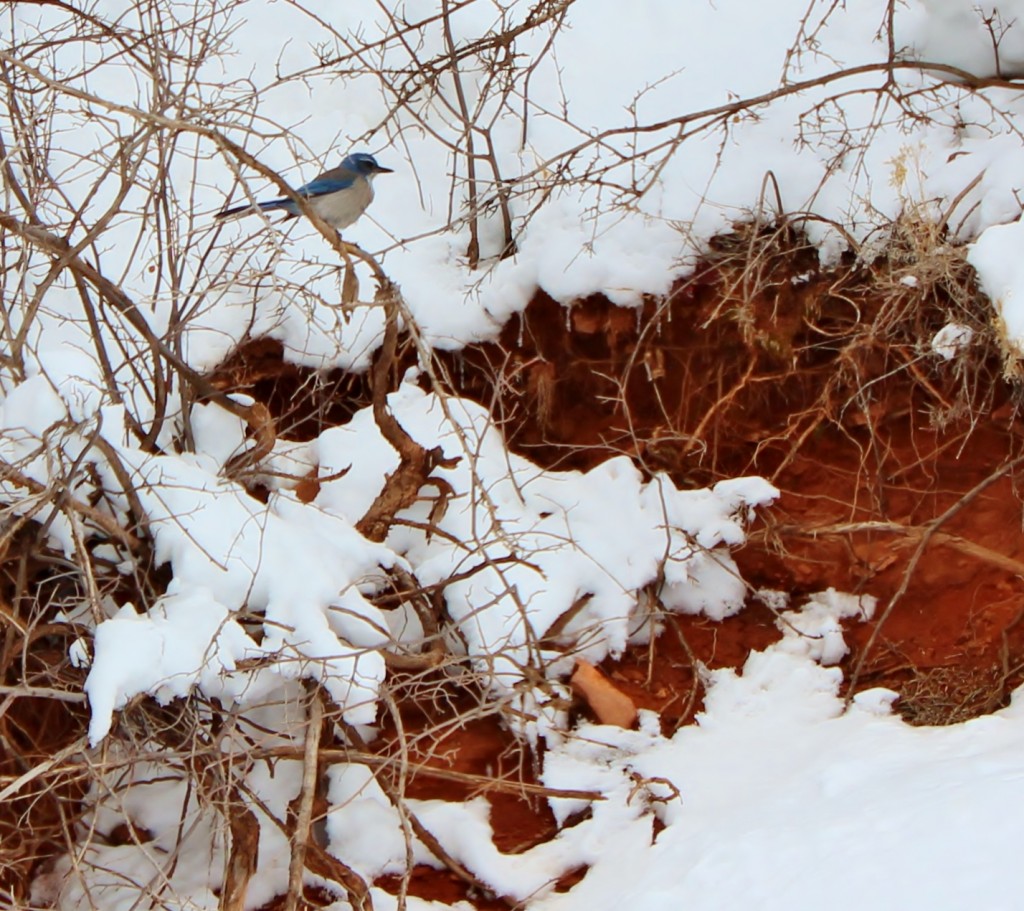 At the top of Catherine Store Road, the road ended at a closed off pass, with bales of hale t one side of the road. 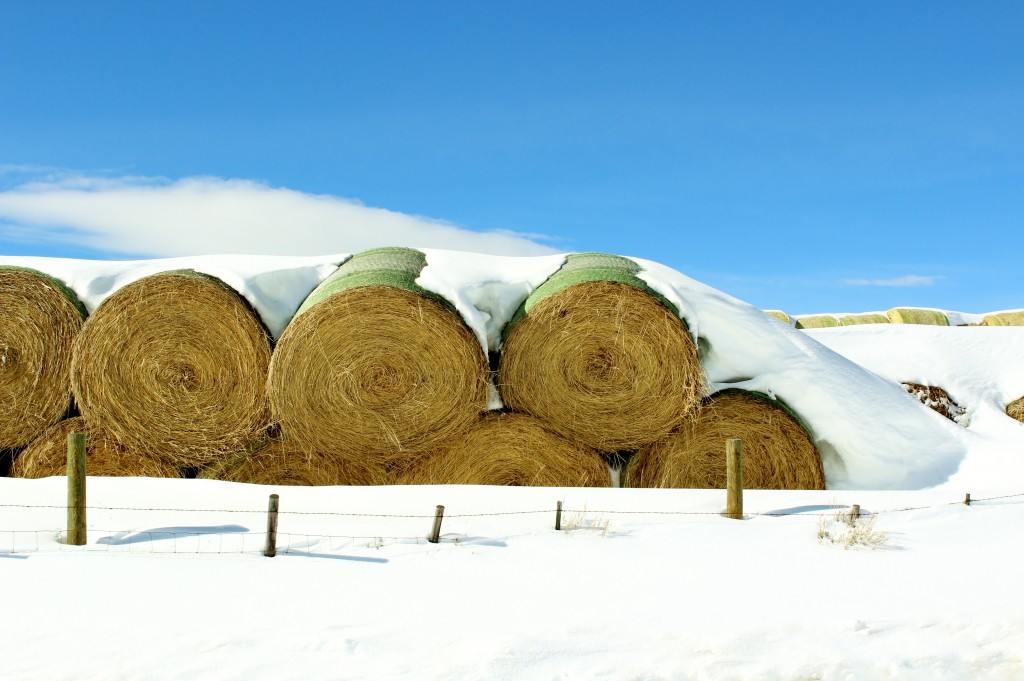 The drive took about an hour and we could have continued exploring all day if we also didn’t want to check out the Woody Creek Distillers and Aspen. So, we made it back down the mountain, and headed to Woody Creek for another vodka tasting. I ended up buying a few bottles, including one that wasn’t available in stores (the pear brandy). We chatted with the bartender at the distillery about other great drives from Carbondale, and she mentioned that we should also drive through the town of Basalt, which we did next. We could see coming back and staying in Basalt – it was like Carbondale in terms of quaintness and poshness, but maybe was slightly smaller.

Since Aspen was only another 30 minutes down the road, we continued on to this mecca for high-end skiing and shopping. 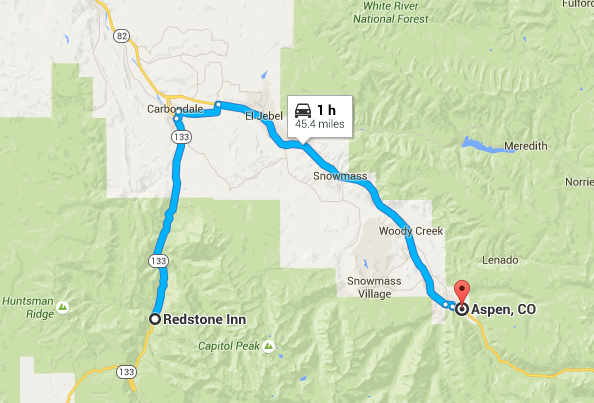 It took us about 15 minutes just to get through the ski traffic into the main area of town and find parking. Dave had been to Aspen a few times before so new what was what – but for me, it was all new. I thought the whole experience was a little surreal, from the way clueless skiers randomly crossed roads to the poshness of how people dressed and the stoned and high behavior of the same affluent people. Dave said I pretty much nailed it.

We had some bizarre conversations with both the bartender and our fellow barmates at the Little Nell bar at the bottom of one of the lifts. The conversation wandered from strippers in Rifle and whether the industry could ever thrive in Aspen (it can’t) to the snow sculptures in Breckenridge (which we decided we just had to visit next). 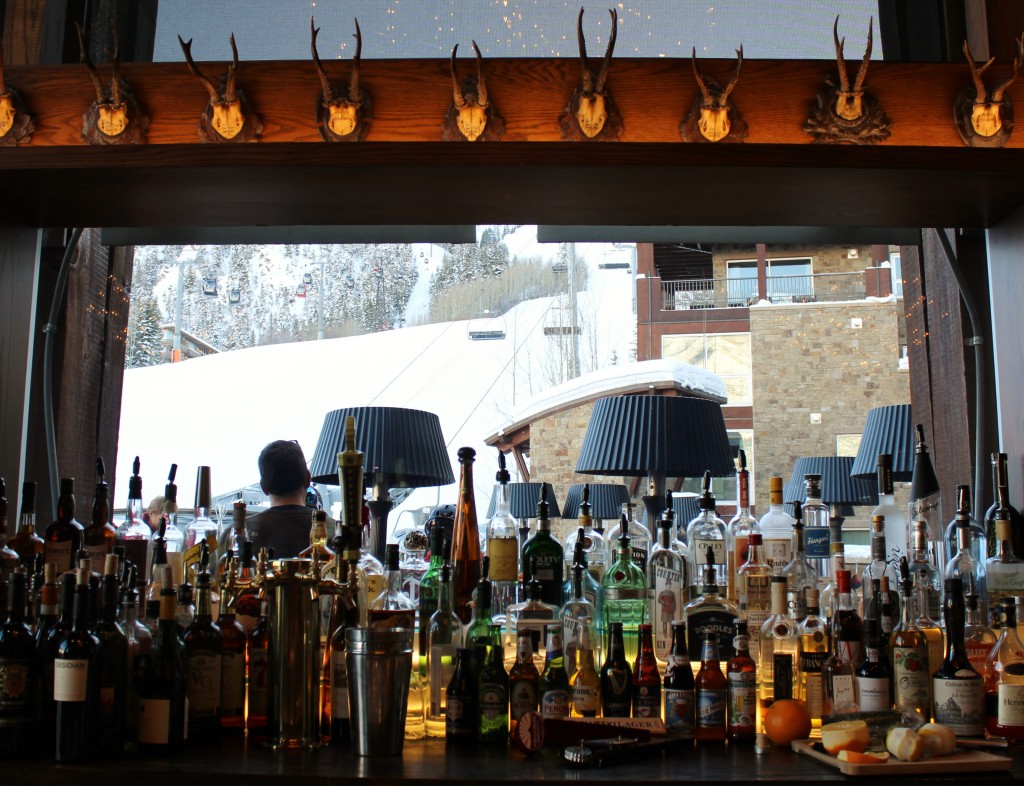 Residences at the Little Nell Bar

After Aspen, we decided to head back to Carbondale (an hour away from Aspen) and pop in to the gallery we had found the keys to. The owner, Marcel, is a Moroccan born painter who opened the art gallery and art school there in Carbondale. The name of the gallery is the Kahhak Fine Arts & School. While we didn’t see anything we wanted to buy, it was nice chatting with the owner and some of the students who were at work.

Done with our great drives from Carbondale, we decided to head home, and stop in Breckenridge along the way to see the Snow Sculptures.

It took us about 2 hours to drive to Breck and find parking. It was the last night of the snow sculptures exhibition (the competition had taken place the weekend prior) so the main area was still packed. Luckily we got to make use of my handicap parking pass and grab parking quite near the competition area. The roads were slick and icy enough and I was still in my boot so it was fortunate I didn’t have to walk very far.

Here are some of our favorite snow sculptures. 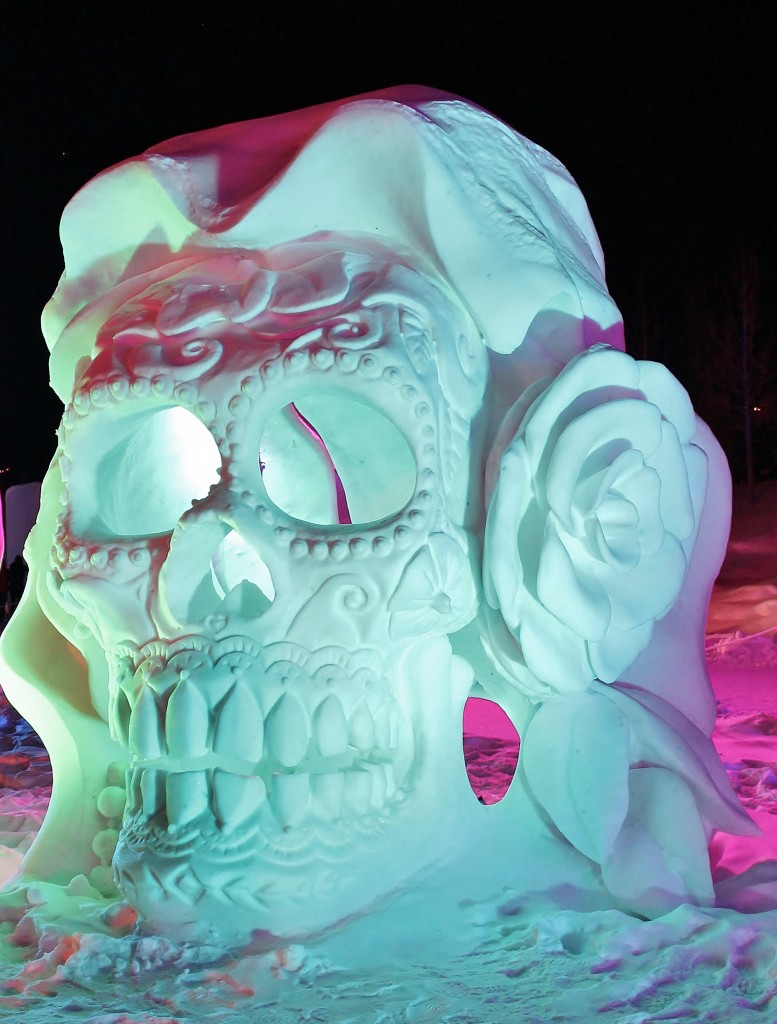 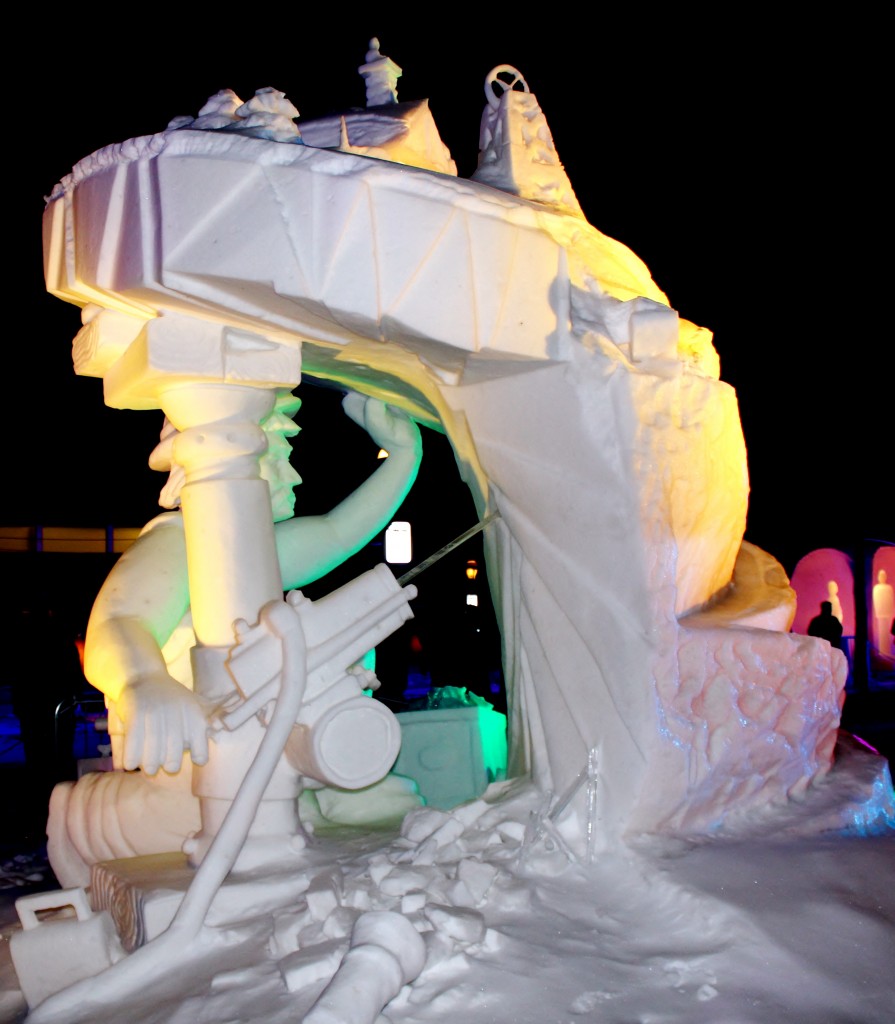 It was pretty cool, even though a few of the sculptures had already tumbled over.

Since we weren’t quite hungry yet (that big breakfast at the Village Smithy had really filled us up), we decided to head to Frisco for dinner at a Pho place on our way back to I-70.

After a great weekend and many great drives from Carbondale, we made it back to downtown Denver around 1030PM Saturday night. What a great trip!