We spent our first day exploring San Francisco around the China Town area, and already had some great experiences at the waterfront and walking around. Dave got an early start on our second day and went down to Pier 39 Fisherman’s Wharf area to fly his drone, while I slept a little longer. I met him around 10AM, after a brisk walk through China Town and Little Italy, at the entrance to the tourist trap at Pier 39. We spent some time walking around the marina and enjoying the boats, further exploring San Francisco. 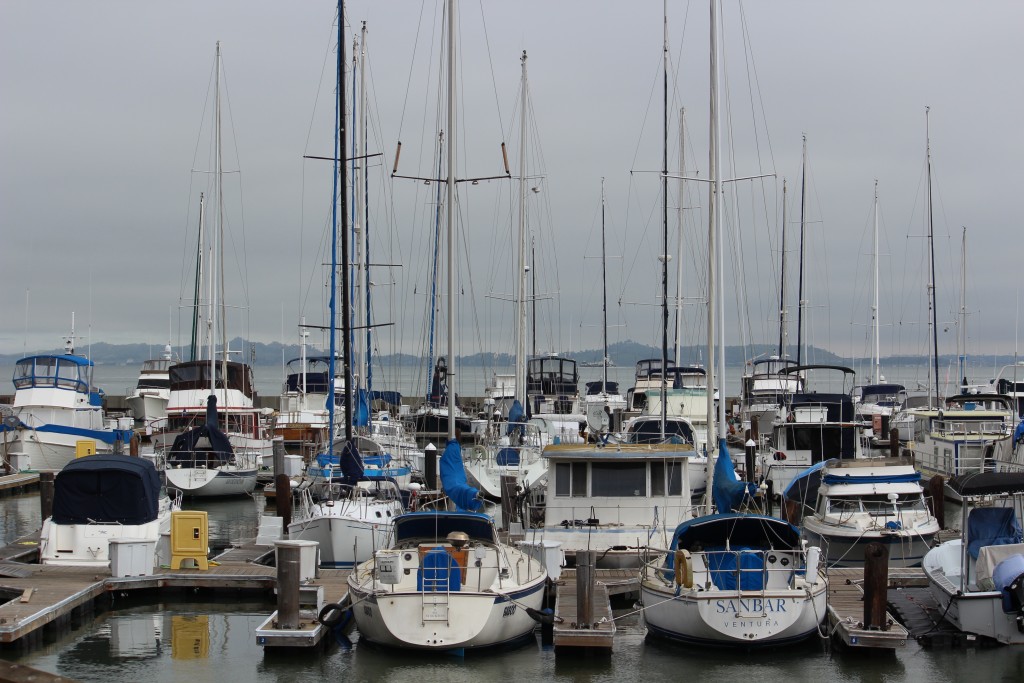 We also got some great shots of the Golden Gate Bridge and Alcatraz from afar, and also of the sea lions. 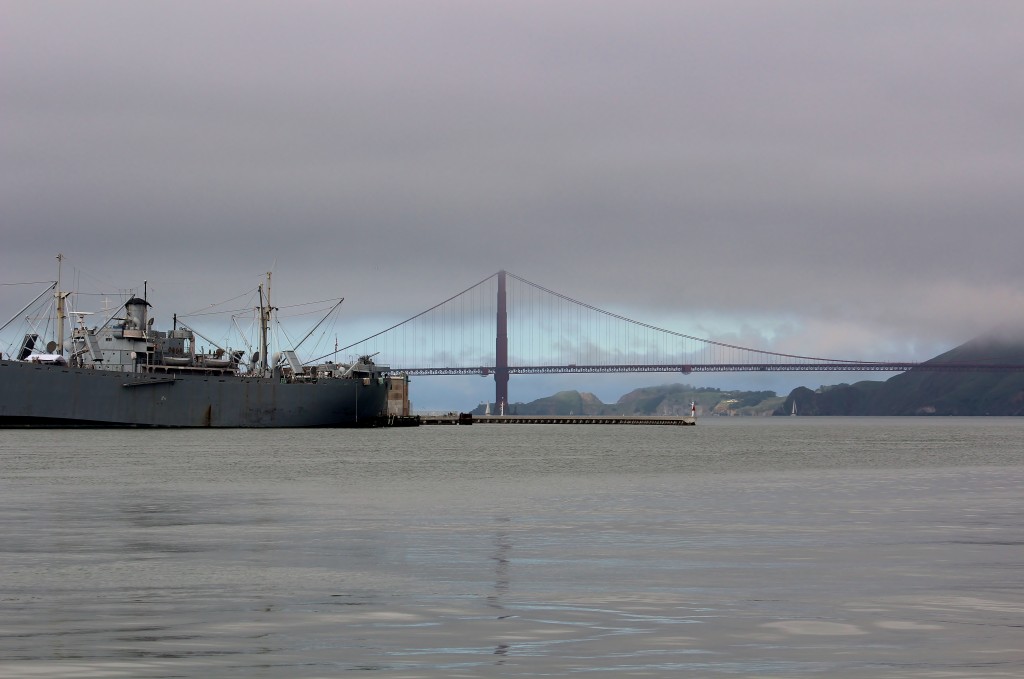 Here’s Dave’s shot of Alcatraz from his drone (DJI Phantom 5). 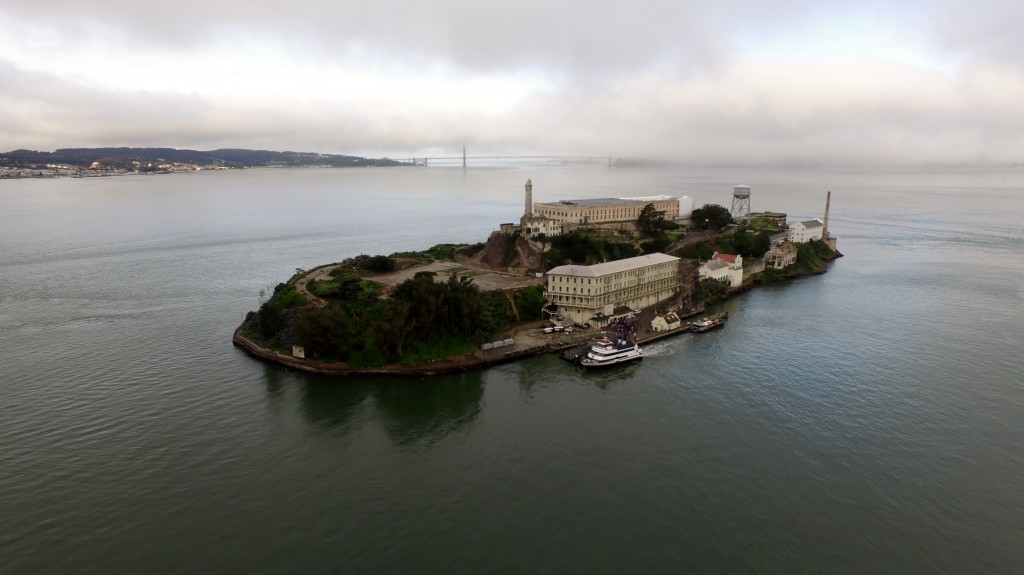 We observed the seal lions for about an hour and were so surprised that they acted just like dogs (really big dogs). Same mannerisms. 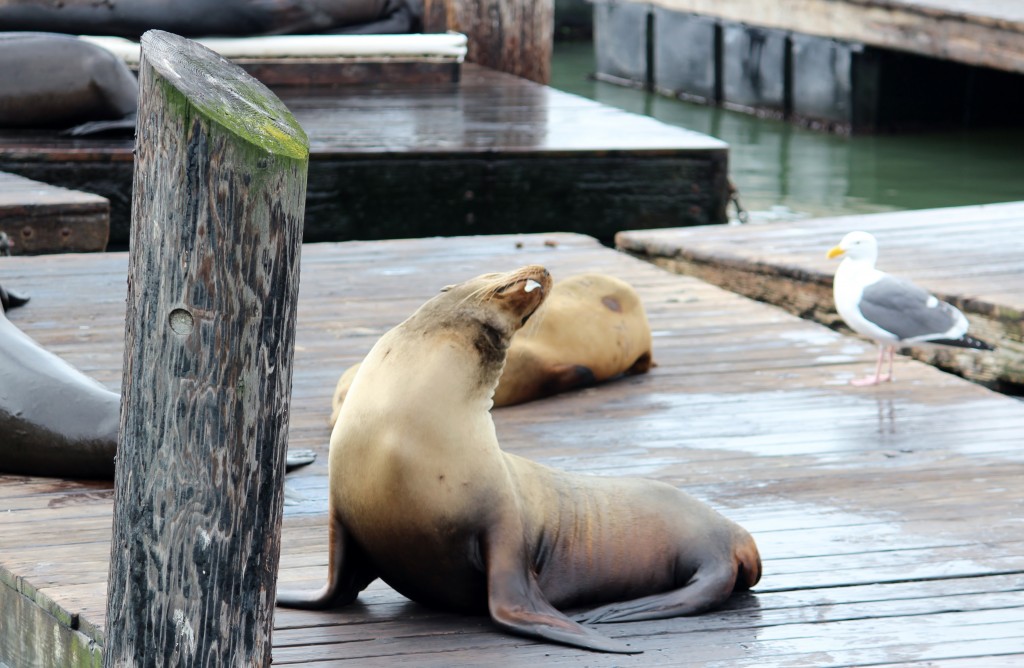 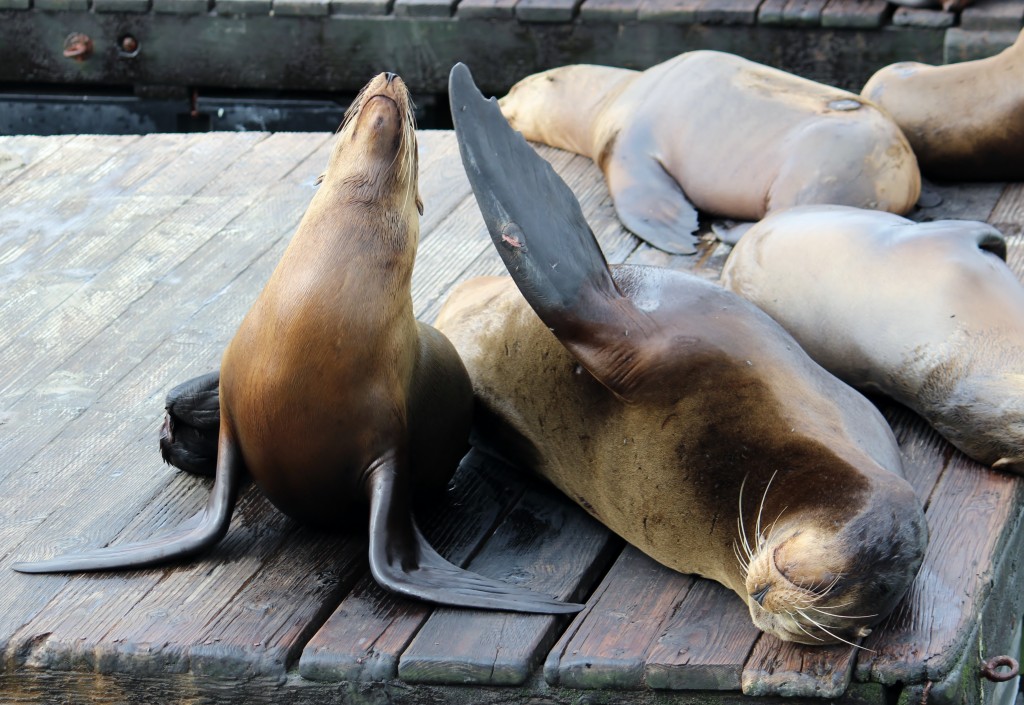 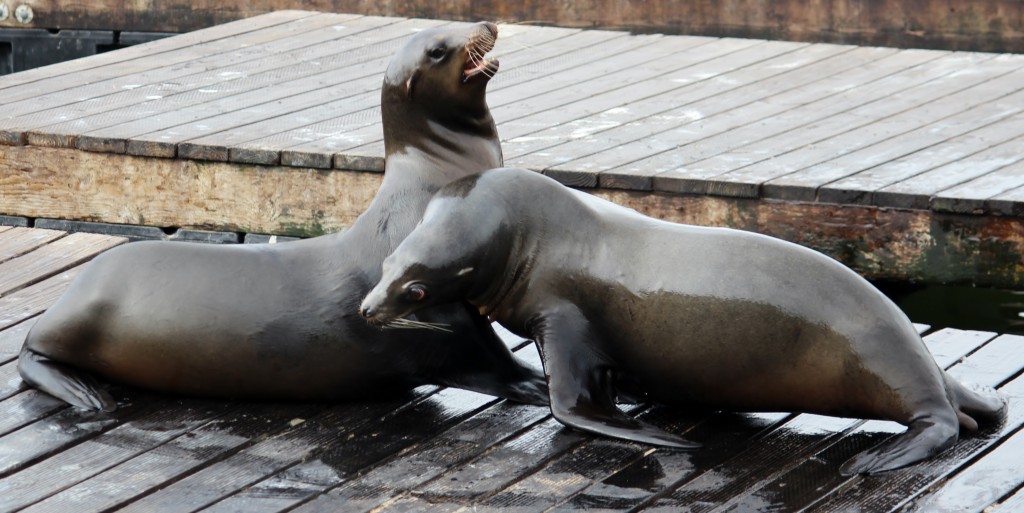 This guy reminded us of Homer Simpson. He just needed beer.

All this photography and observation had worked up an appetite in us, so we decided to head to Boudin’s for a sourdough bread-bowl with clam chowder – this is one of my favorite things to do each time I go to San Francisco (it never gets old). 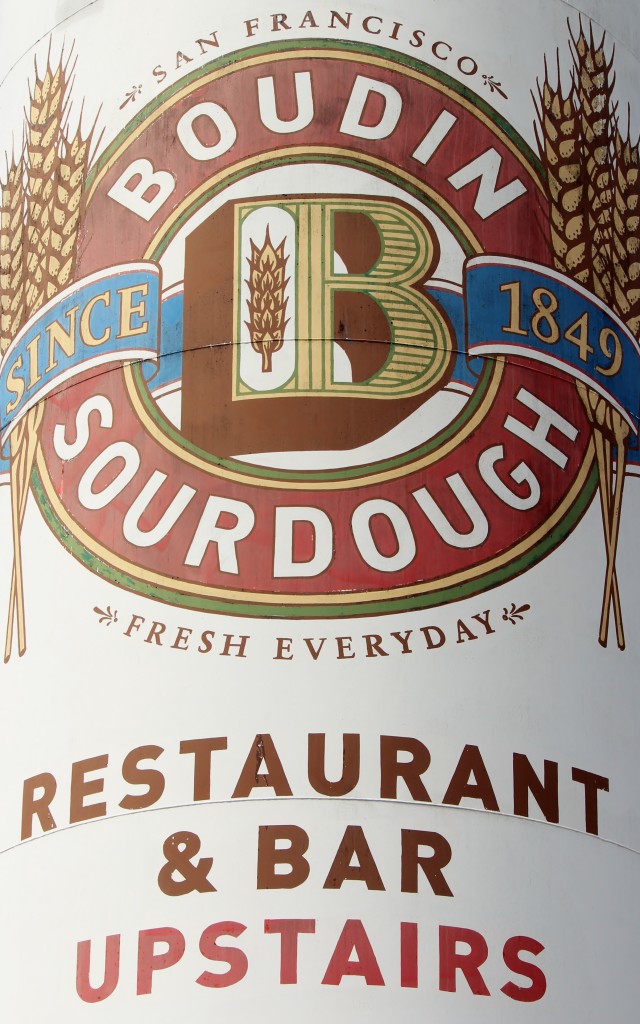 We ordered at the counter and were delighted to see some Easter decorations – namely rabbits in the bread baskets – going by on the conveyor belt hanging from the ceiling. 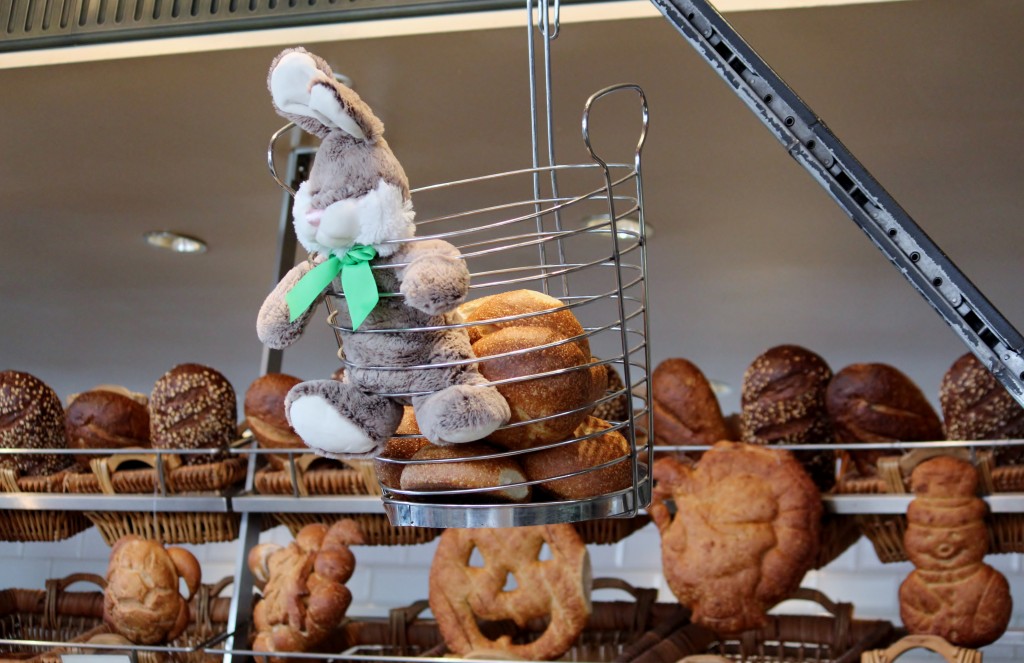 The chowder and sourdough were delicious, and we enjoyed them from the bar stool seating by the window.

After lunch, we set out for a mega walk – probably about 10 miles. We walked all along the waterfront around the Maritime Museum park and Fort Mason, ending up on the water across from Ghiradelli Square, and ending on the Marina Green. We again paused for some photos as we continued exploring San Francisco by day. 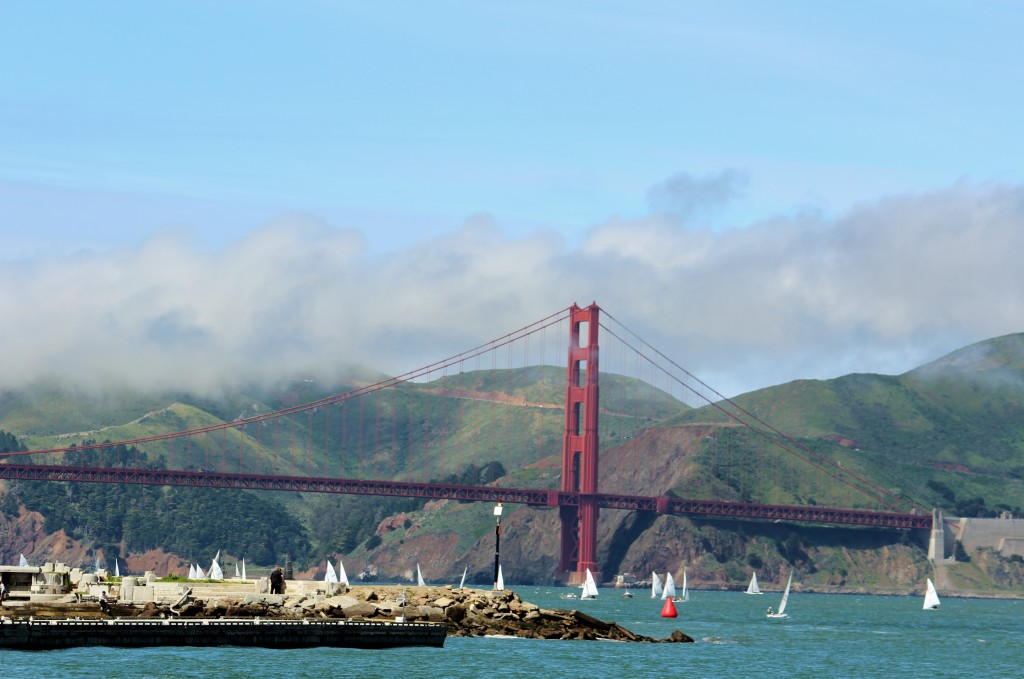 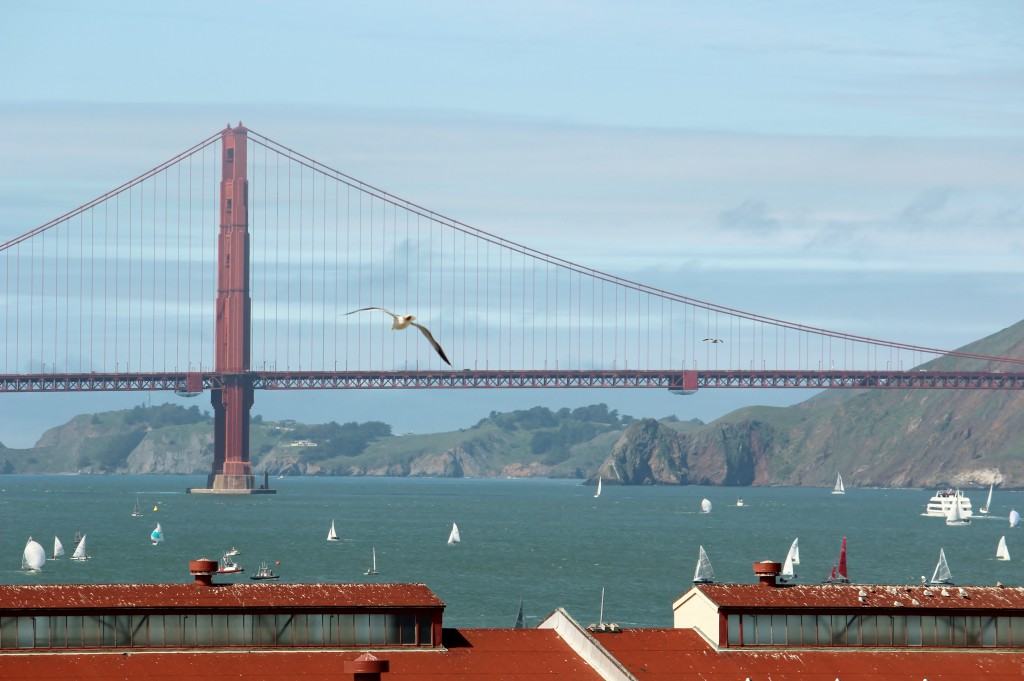 Around 230PM we headed back the hotel and took a different route through city, up Russian Hill, up Nob Hill, and back through Little Italy (Columbus) and China Town (Grant Street). We even checked out the tourist trap of Lombard Street to see the traffic jam of cars trying to make it down the characteristically windy, switch-back of a residential street. Dave took his drone out and got a flight in, but nothing really good came of it. 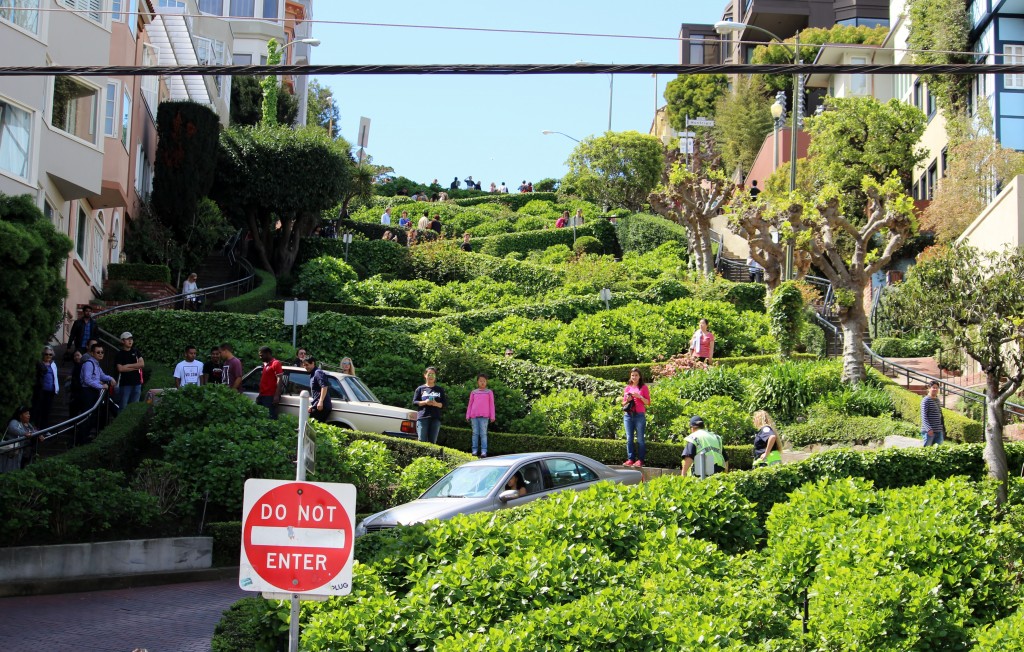 When we got back to The Triton, I was beat (and was still fighting off a cold), so we took a nap, and got going again around 530PM. We decided to watch the sunset at the Golden Gate bridge and get some more drone flights in. Here are the results: 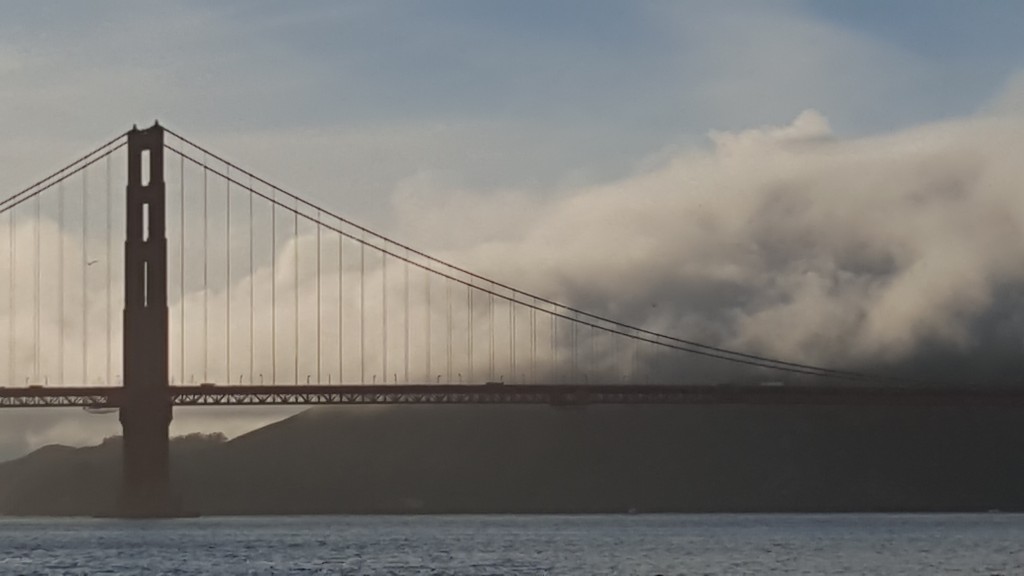 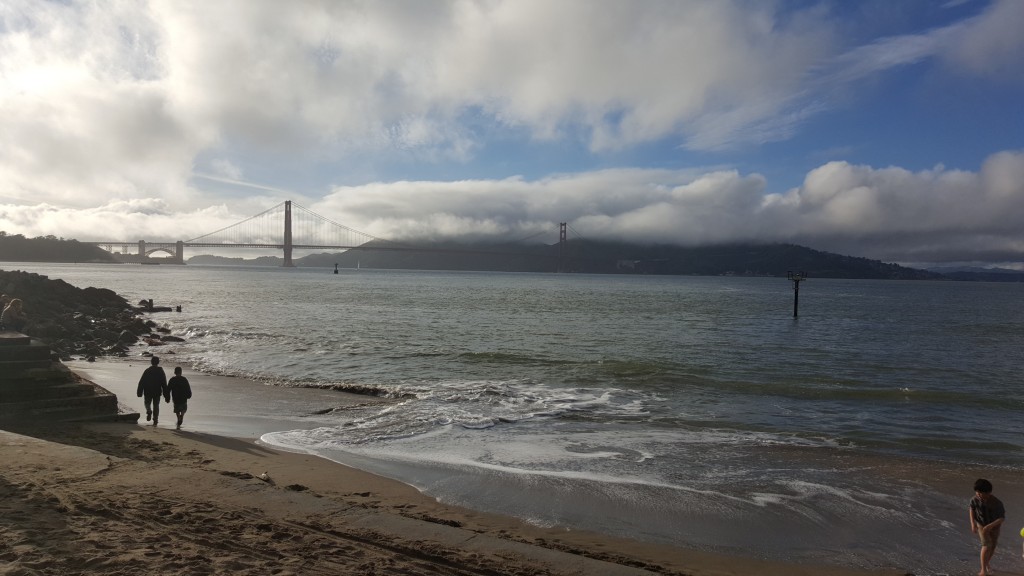 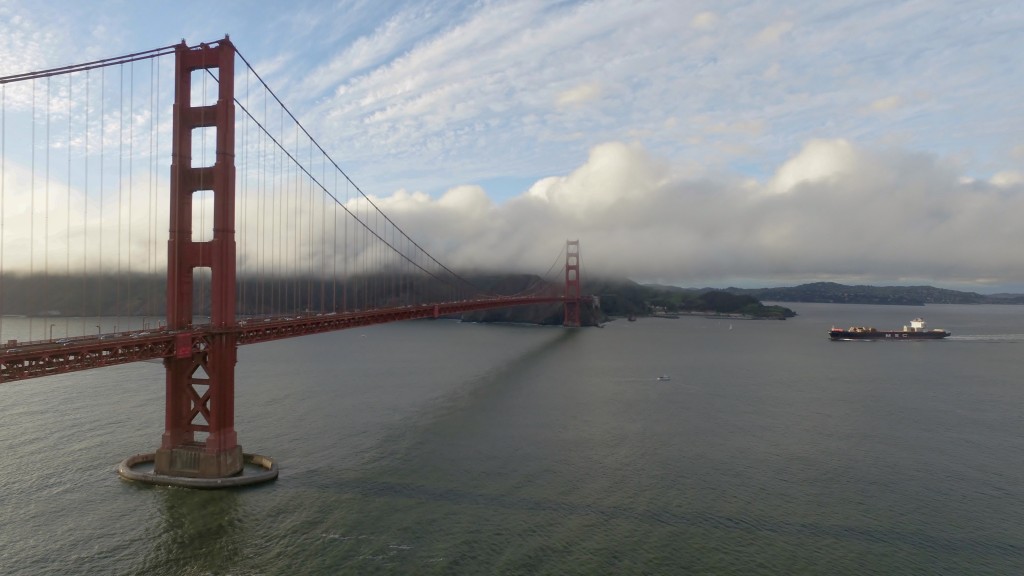 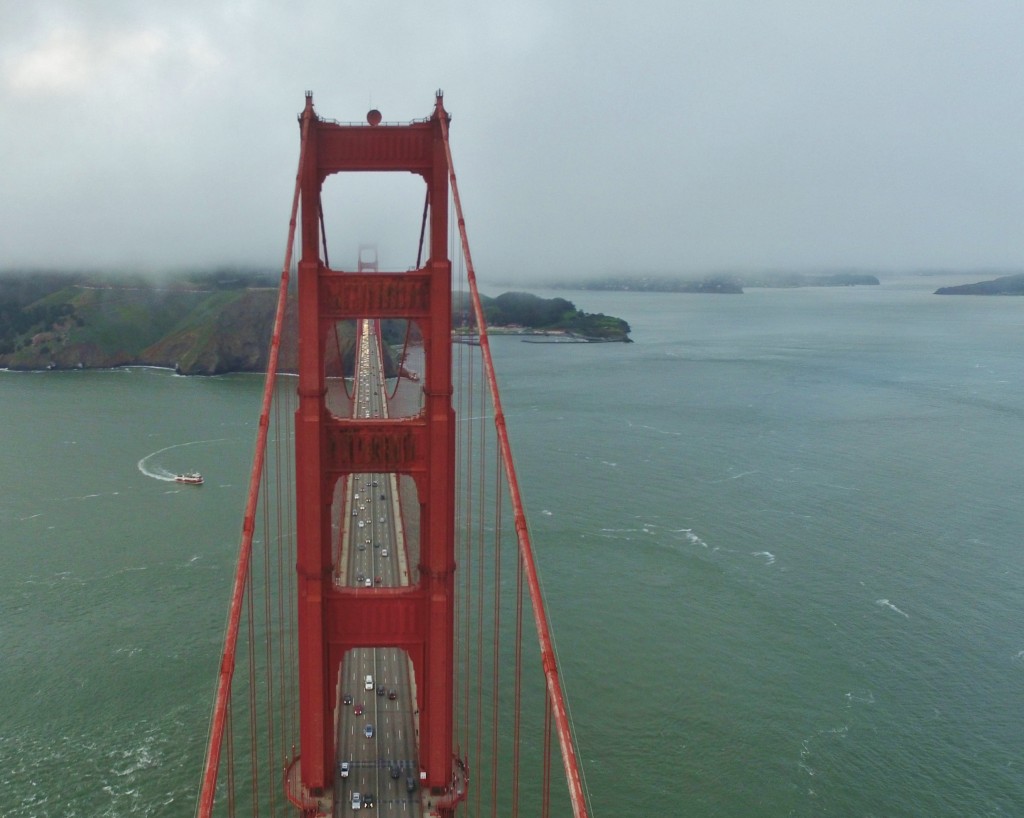 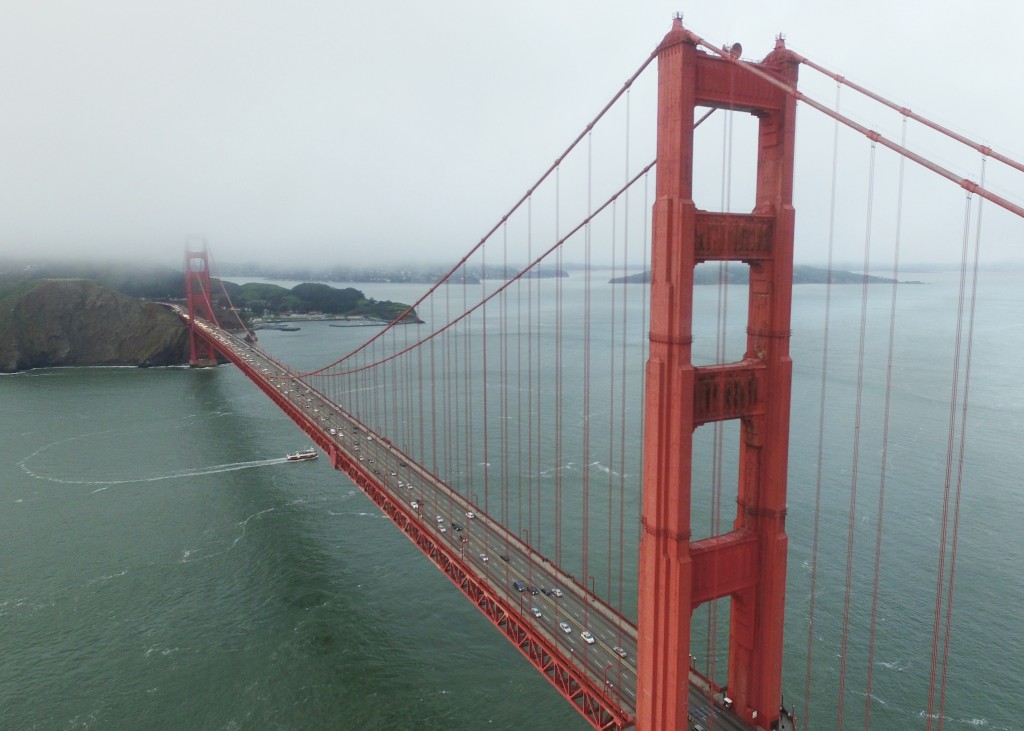 We Lyfted it back to the city and headed to our restaurant. I was freezing, as the wind had really picked up and I didn’t have a good jacket.

The restaurant was one I chose after doing research about the best Italian restaurants in the city on Yelp and Open Table. We wanted to find something in Little Italy simply for the kitschy Italian feel (and we were craving the Boston North End experience). We wanted something authentic but not a tourist trap. The restaurant we found, Caffe Macaroni, was just that. Forgive the horrible name, and don’t miss this restaurant. It’s a real experience. The downstairs seats about 10 crammed in tight, with kitchen and cash register practically all on top of each other. There was supposedly an upstairs that sat a few more (that we never saw). It was a small cozy place. We had to wait outside for quite some time even though we had a reservation, which was a little annoying because it was very cold, but once we were sat we were happy campers. The bread and olive oil garlic vinaigrette was to die for, as was the tricolore salad, the burrata cheese special, and both of our entrees.

It was that kind of neighborhood friendly place. The owner and his family all spoke Italian to each other as they conveyed the orders and readied the meals, and all the patrons were chatty with each other. Our neighbors were visiting from Chicago, and the nephew lived in San Francisco, and previously had lived in Boston, which we were able to reminisce with him about.

For our main course, we had the squid ink linguine with seafood and the pappardelle with wild board ragu. OMG foodgasm. We had to try the dessert too – tiramisu and ricotta cake, both delicious.

This was a one of the kind restaurant, and the first authentic Italian joint I’ve found since leaving Boston (Denver just doesn’t have restaurants like this).