Day 5 started when we drove from the Mountain Gorilla View Lodge to the lake resort town of Gisenyi – right on the Rwanda-Congo border. 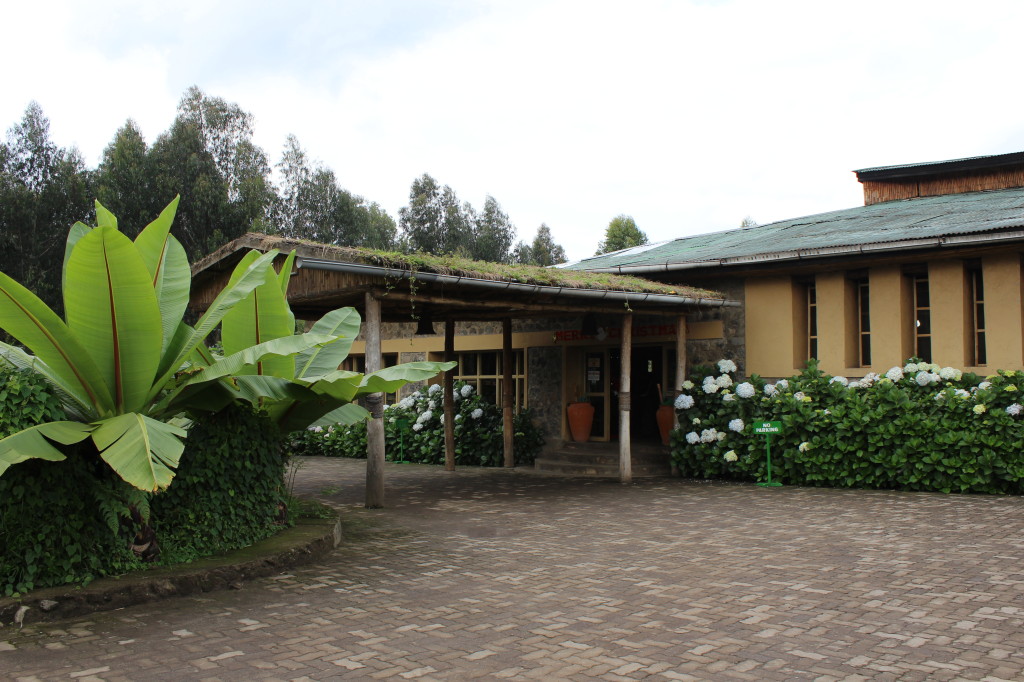 The drive was about two hours to the border, and our intention was to cross in to Congo and have lunch at Goma. 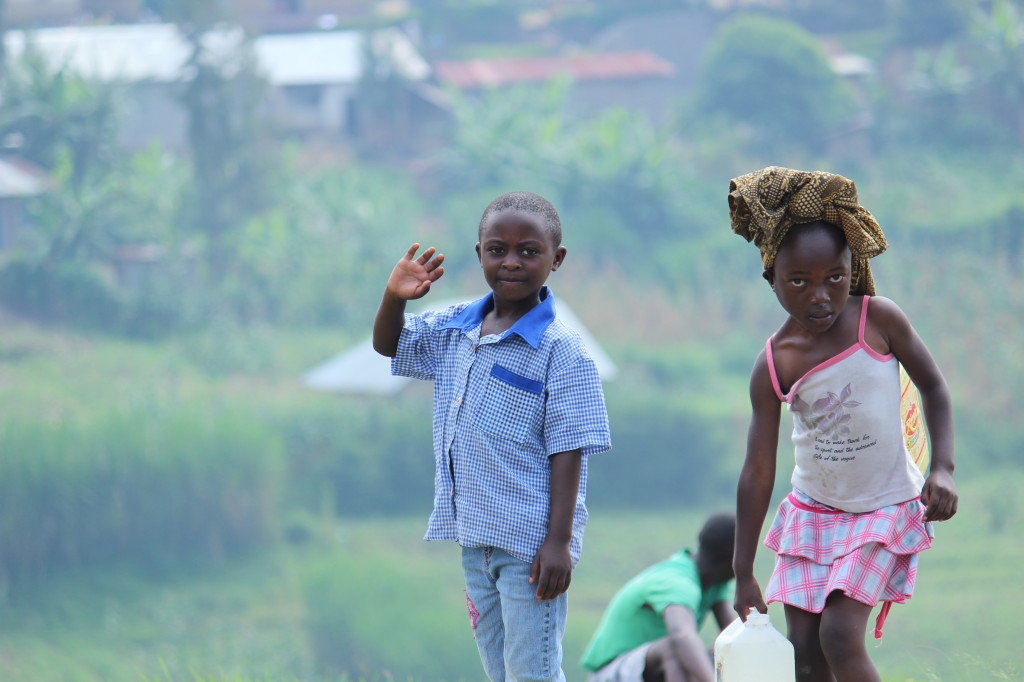 However, when we got to the Rwanda visa departure station, the officer informed us that Congo was no longer issuing the visas at the border crossings, and that we would have to get them through the embassy in Kigali (several hours away).  Happy that he saved us some time, we proceeded to the Serena hotel for an Orange Fanta and to take in the view of the lake before checking in to our hotel.

At the Serena, a music video was being filmed of a church choir (it also could have been a wedding) on the beach. There were also a significant number of Chinese tourists taking pictures of boats, so of course I had to take a picture of them. 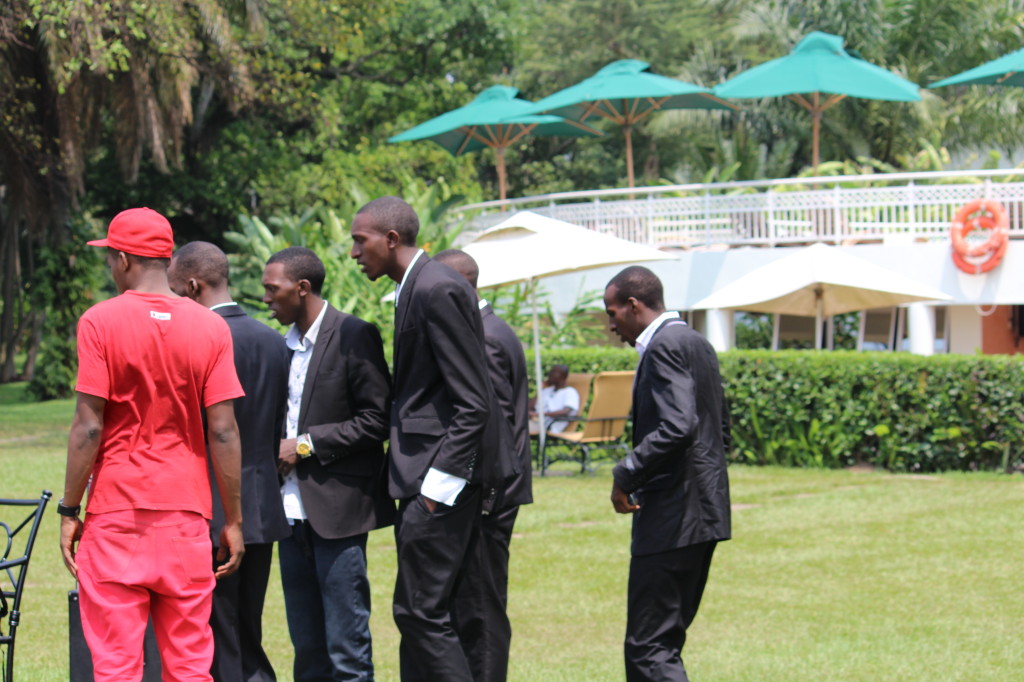 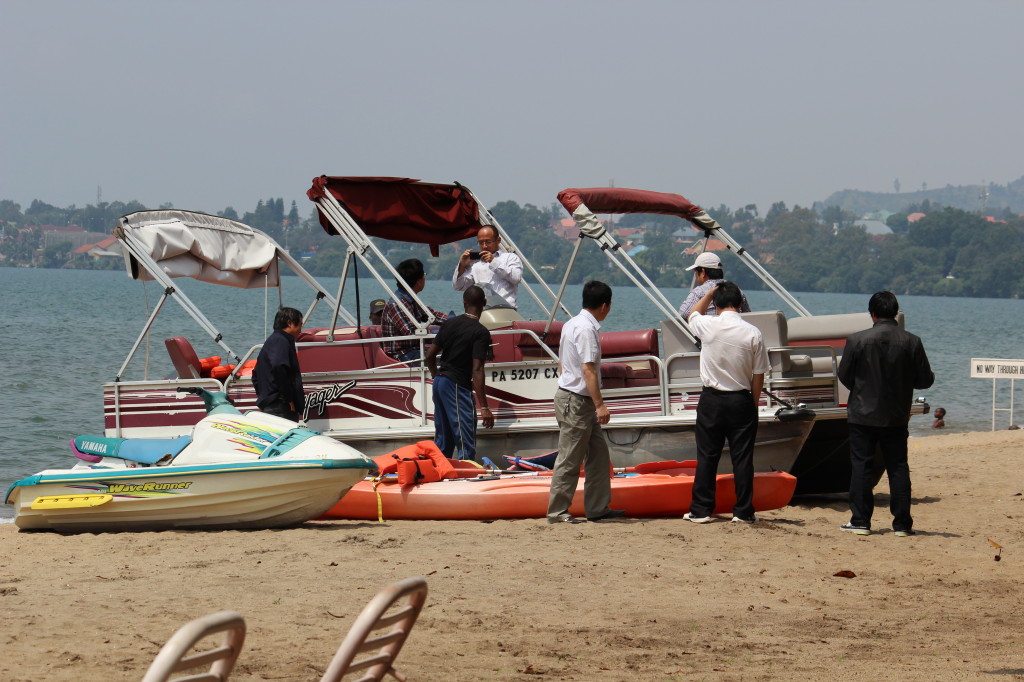 Over our Fantas, Marv decided that we gave up our Congo quest too easily and he wasn’t ready to be defeated. Besides, on our way out from the Serena, we ran into the German photographer, Michael, again, and he informed us that he “had a guy” that was going to try to get him to Congo even though he didn’t have a visa yet, and that he could have told us that the border wasn’t issuing visas. That doubled Marv’s resolve.

Back to the border we went. We found the guy with the pink shirt that we had previously been dealing with to arrange the Goma lunch and tour an hour ago when we first tried. Pink shirt guy went to the Congolese side and negotiated with the guards what the cost would be to get us across. After 15 minutes of waiting, he came back to inform us it would cost $200 US each for the “visa” and then another $200 for his tour – a total of $800. He also informed us that the “official” visa price was $300, so this was a bargain. Of course, had we gotten the visas in advance, they would have been $50 each (as the Rwandan border officer told us). The negotiation had begun.

Leslie used her French to translate from the pink shirt guy to the rest of us. Marv decided that he was willing to spend no more than $300 for entry and $200 for the tour – a total of $500. Leslie relayed these terms to the pink shirt guy, and he scurried across the border again to try to strike a deal. As we waited I expressed my concerns about the shadiness of the whole thing – I didn’t doubt that we could get across the border with this bribe and no visa, but what would happened when we wanted to re-enter Rwanda? What if the guards had changed shifts and weren’t aware of the arrangement? From my experiences in India, I was quite certain that we would also be paying a high “entry” fee trying to get back in since the power equation would have tilted at that point. I didn’t like it one bit.

15 minutes later the pink shirt guy returned and explained that the price for entry was fixed, but that he could lower his price by $50 for the tour. Marv decided this was too much and not worth a lunch in Congo, admitted defeat, and we departed. I was secretly happy.

We arrived at our hotel around 1400 and it was a charming ecotourism hotel right on the lake beach – Hotel Malahide. 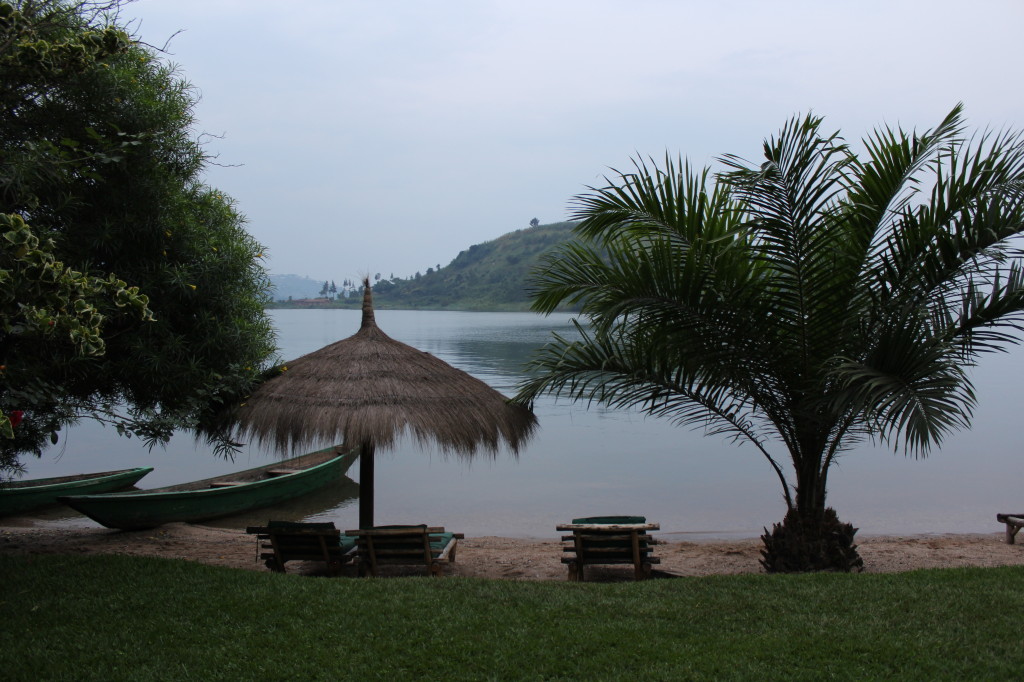 Cute beach hut style, and it reminded me of Goa, India. It wasn’t great for Marv though – not only were the paths to the huts winding and not well-lit, but there were stones everywhere that made walking hard. Not to mention the power outages. Quaint and charming for Leslie and me, but not ideal for an older traveler. 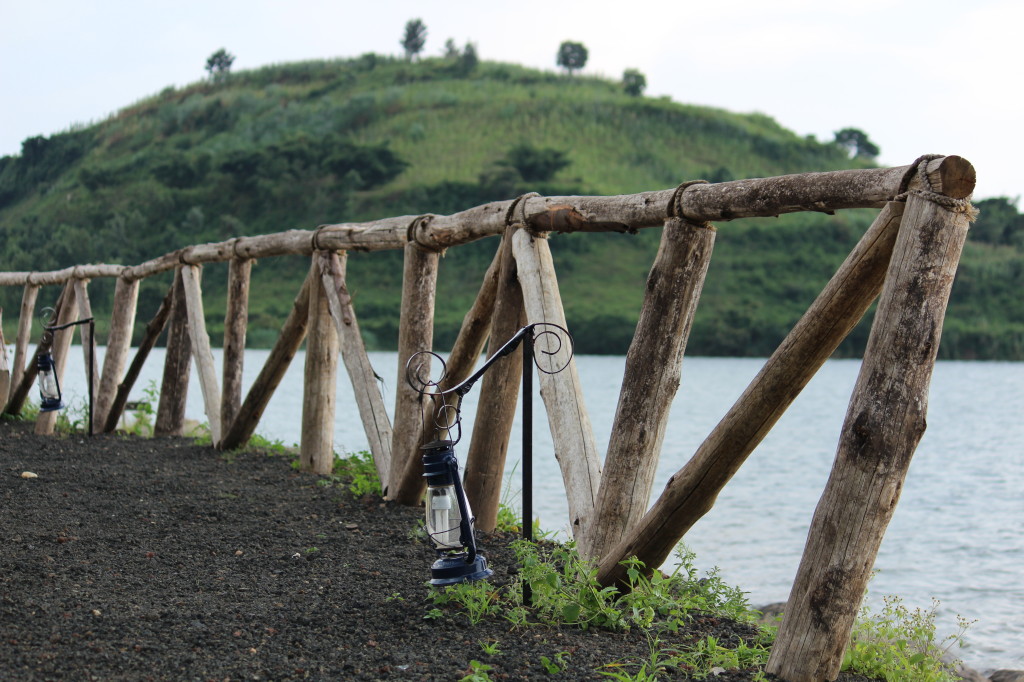 We sat down for lunch on the beach and in between intermittent rainstorms, umbrellas falling on to of us, and several Muetzig and Primus beers – we finally got served our “linner”, two hours later. During our wait I took pictures of flowers. 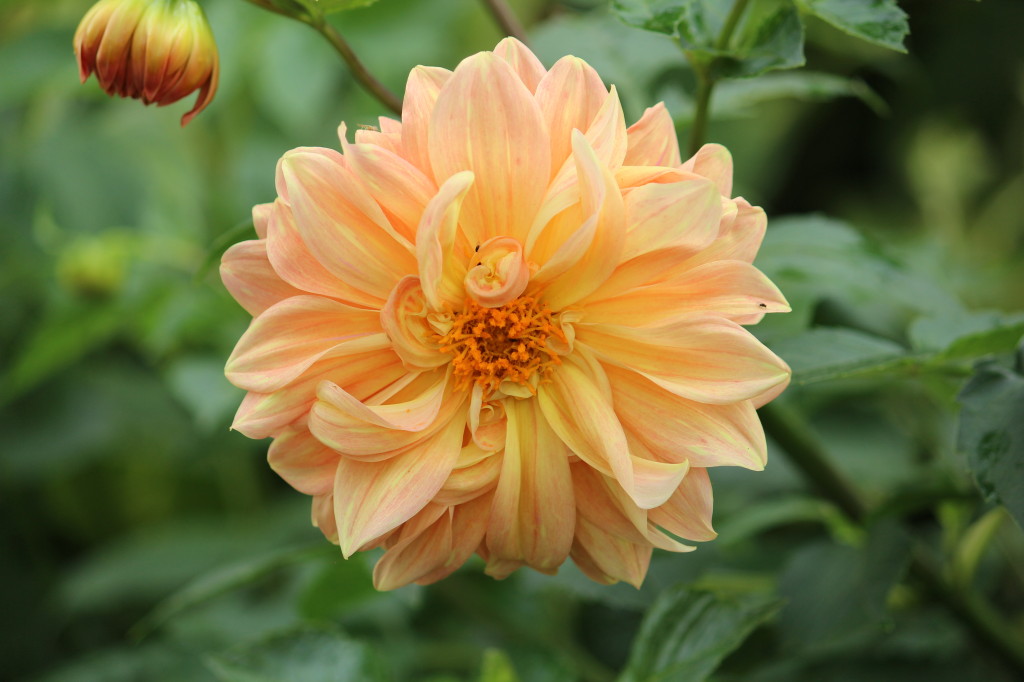 The food was good but it was sooooo slow. Apparently they had to go to the border to get the ingredients! We had asked them previously was they had “here” – with the assumption they would understand that it meant “on the premises” – and they said everything. “Here” did not actually mean here – so be sure to ask what they can make in less than an hour if you’re in a hurry! For Leslie and me, it was fine since we weren’t in a hurry and enjoyed taking in the view. Marv was frustrated because the wifi wasn’t working and the power went out. He was happier after eating.

We dropped him off in the hut after eating and Leslie and I walked around town, and watched the fishermen set off to their nightly work.

We ran in to some children and youth along the way. One young man gave us a tour of his church as they had just finished up mass and began their counsel meeting. He explained that they were still building the church and he went in to great detail showing us a choir DVD that they made, and pointed out where he was in the DVD cover.

Then we walked down the street and met a young man on a motorcycle that said “Gift of God” and a Facebook logo on it, and wanted us to take a picture. It turned out great. Another young man, Isaei, also had us take a picture of him, which we ended up sending to him. Finally, a young girl posed as well. Here’s what we captured: 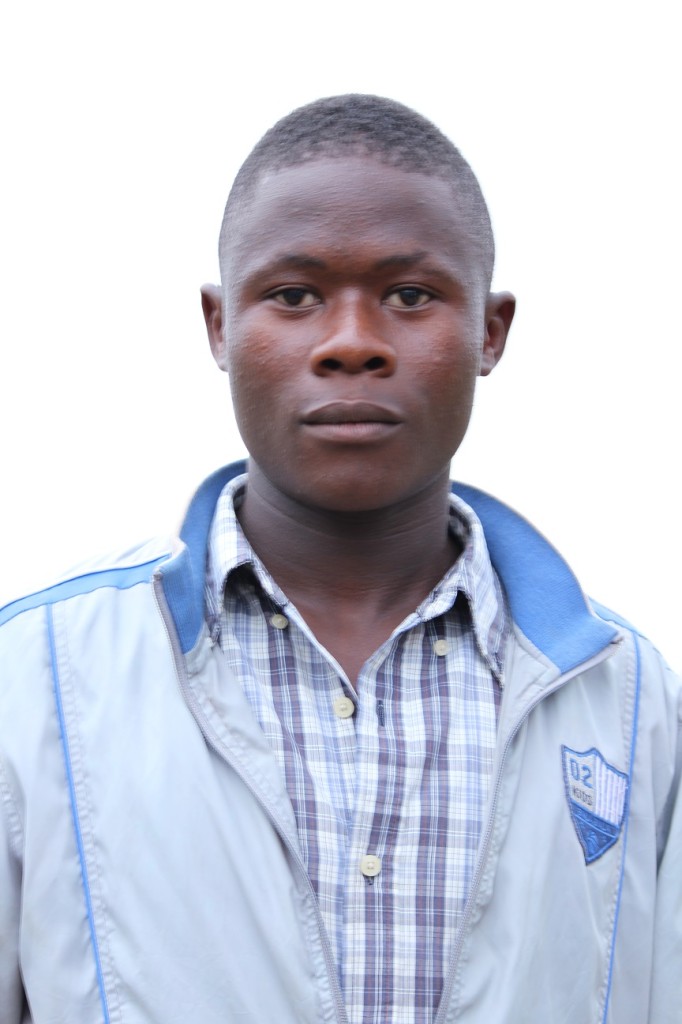 2 thoughts on “Day 5 – Ruhengeri to Gisenyi”