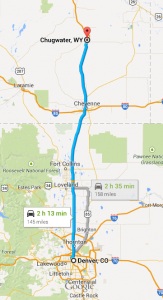 We hit the road around 830AM and first stopped for produce and snacks at the King Soopers nearby me in Denver, and the ATM. We were heading out of town by 915AM and made good time out of Denver into Wyoming. We crossed the border, refueled just outside Cheyenne, and then proceeded to miss Cheyenne (where we had wanted to stop and walk around). Apparently there only one real exit for Cheyenne (the State Capital and museum), and since we didn’t want to do either of those things, we dismissed that exit for the next one that never came. It wasn’t as large of a city as we thought.

Our next opportunity to stop was Chugwater, Wyoming. 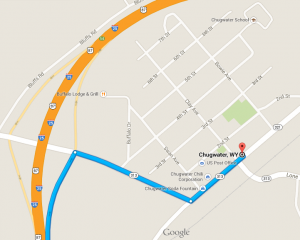 Elana was starting to get hangry so we decided to take the exit. It turned out to be a great decision. Not only did we stumble in to a diner whose claim to fame was the best chili in all of Wyoming (and I bought the spice mix), but we also found ourselves in the state’s oldest soda fountain for delicious old-fashioned shakes after launch.

The Chugwater diner we saw from the roadside was called the Buffalo Lodge and Grill (apparently there was a steakhouse a little further in to town but we found out later it was open). The food was meh but the vibe was awesome. It was a mix of an old game lodge, a diner, and trucker’s stop. They heavily advertised the Chugwater chili and sold seasoning mix at the counter (I bought some). 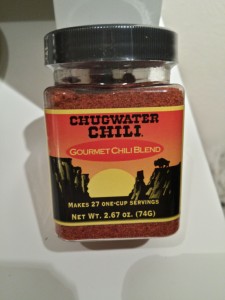 Apparently there is a Chugwater chili competition every year and that’s what the town is famous for (at least famous in the state). I didn’t actually have any (because it was still in the realm of breakfast – but I sniffed the seasoning and it was delicious).

Towards the end of lunch, we started chatting up the manager – an older woman who was a Wyoming native (but not originally from Chugwater). Once we got her talking, she wouldn’t stop. We asked her what there was to do in town and she told us:

The business center was laughable. It was 4 rooms – 1 of which had been converted in to a small shop with local handicrafts, most of which were dripping with all sorts of cheese. But a few were nice – there were some handmade quilts, some jewelry, and pottery that were among the better things in the shop, as well as more Chugwater memorabilia.

We then walked across the street to the Chugwater Soda Fountain – this turned out to be the highlight of the afternoon. Not only were the shakes delicious, but they were made with the original equipment of 50 years ago – and it was a process to make the shake. 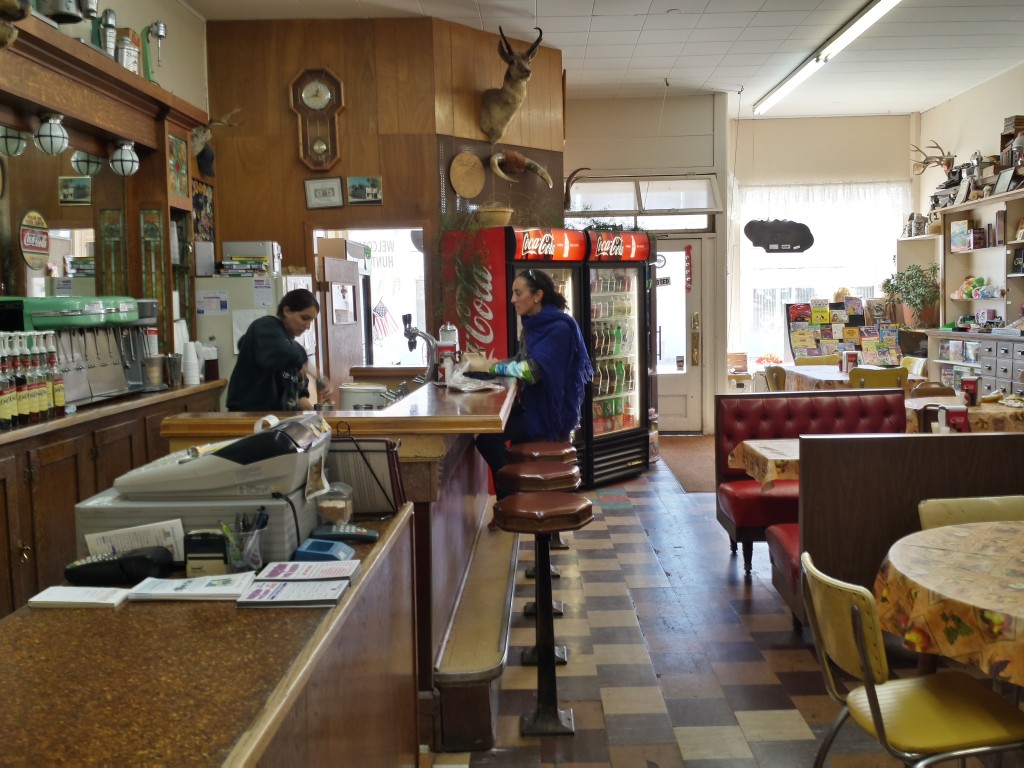 The bartender put various flavored syrups and mix-ins into the shake canister (a shot of peppermint and a few squirts of sugar syrup for my mint shake; fresh strawberries for Elana’s strawberry shake), added the ice cream, hooked it up to the machine, and let it mix for about 3 minutes. Then she’d pour into into another cup and voila – soda fountain shakes to go. As we waited we perused the memorabilia on the walls, antiques, and other tchotchke junk that belongs in your grandparents’ house. The shakes were the best we’ve ever had – so smooth and rich.

The soda joint, and the town of Chugwater, were pretty quiet. There was a gentleman having lunch and a shake at one of the tables and there was the bartender – a young girl in her late teens. She seemed thoroughly bored. We asked her what there was to do around here and she said nothing – “drive to Cheyenne” She said that you really need a car to do anything since the town doesn’t even have a gas station (it burned down last year). Once we got her talking and told her about our trip up North to Devil’s Tower she perked up and helped us with directions. Two other younger folks came in to buy a shake and we all discussed how long it would take to get up there. They seemed surprised that we had set out to travel such a long distance since it was “clear on the other side of the state” and might take 6 hours or more.

After we got our shake to go, we walked around the granary buildings to the railroad depot and played on the railroad tracks for a minute. 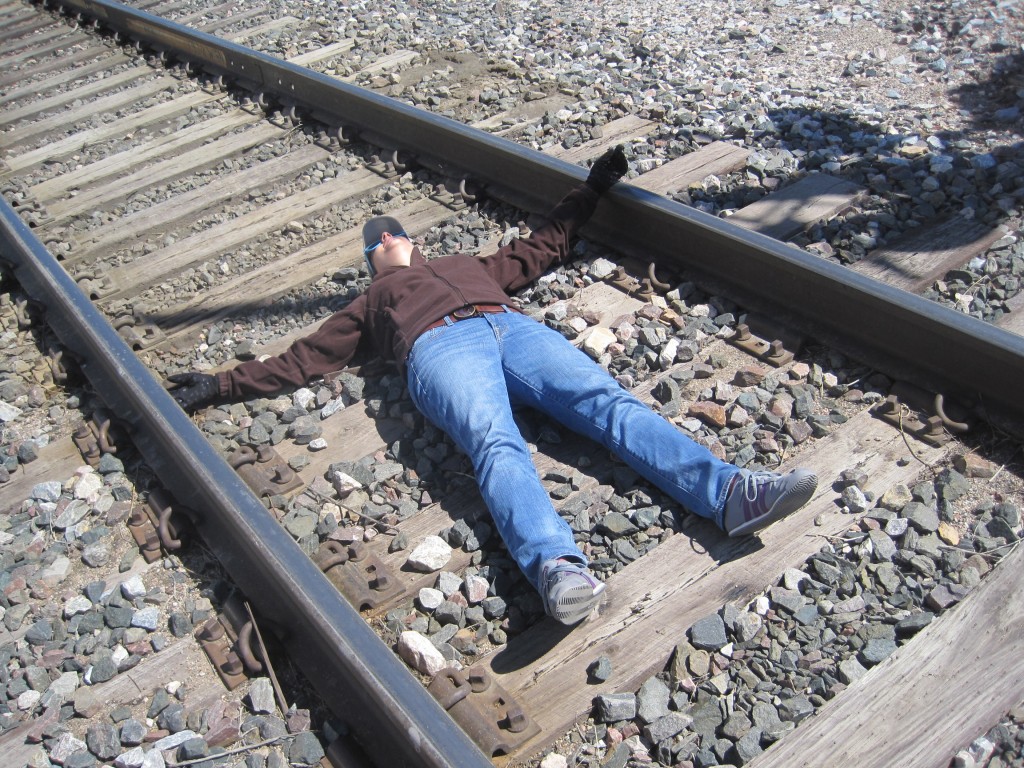 We then walked to the other edge of town (literally 3 blocks) and saw the Chugwater Butte that the town was famous for. 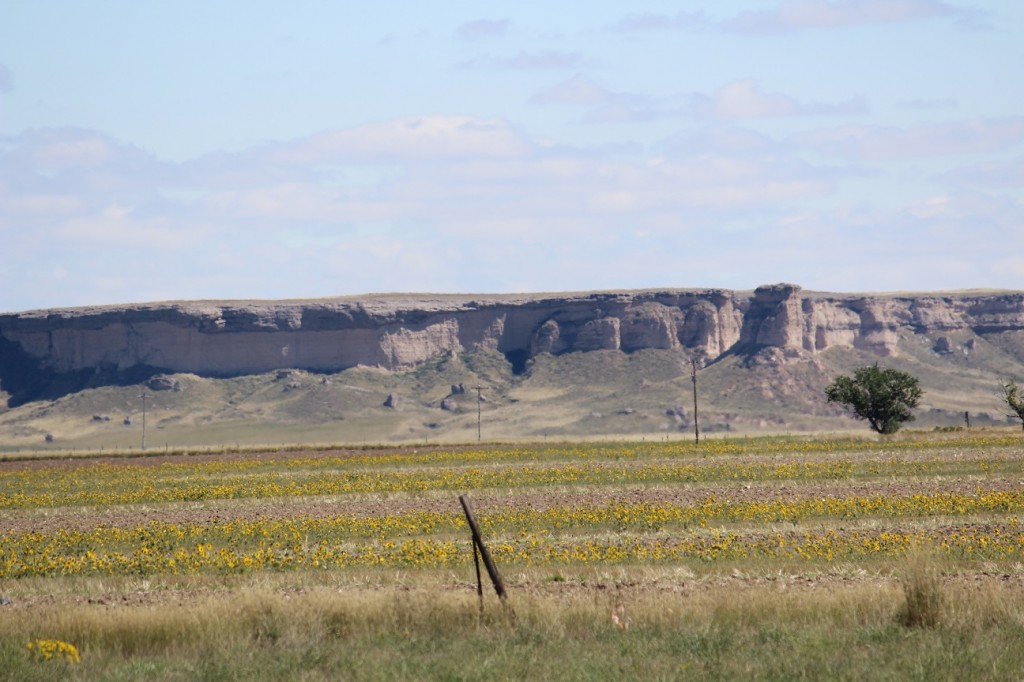 Then we hit the road again. Read on for the Oregon Trail ruts in Guernsey and Devil’s Tower.

11 thoughts on “Chugwater, Wyoming – Worth the Stop for Chili and Shakes”