This is my second time to the Barcelona waterfront – the first being nearly 15 years ago when I was still a teenager. Last time it was a stopover on a Mediterranean cruise (which of course docked on the Barcelona waterfront) with my grandparents. This time, it’s a starting point for a 10 day journey through Northern Spain’s famous Basque region.

Purpose of this Barcelona Trip

Again I’m traveling with family – with my grandfather (the same one I was on the cruise with), and my Aunt. This is a continuation of the bucket list saga that has been unfolding for many years now with my grandfather. A saga that took us all to Africa in December/January 2013 and fueled my last therestlessroad blog serial. Now I pick it up again in Spain.

The other unusual thing, at least about the beginning of this trip, is that it’s my first international bleisure trip in some time. I was able to combine my time in Barcelona with some work, and the first two days I spend in our regional office (Travelport) just North of my hotels, in a little office complex at Via Augusta, 59.

The Journey to Barcelona

The first night I arrived to Barcelona El Prat Airport (BCN) on a Lufthanasa flight (LH1128, from FRA to BCN) around 330PM on Wednesday afternoon, May 14, 2014 (more to come on the airport experiences and flight experiences on my tripchi blog). 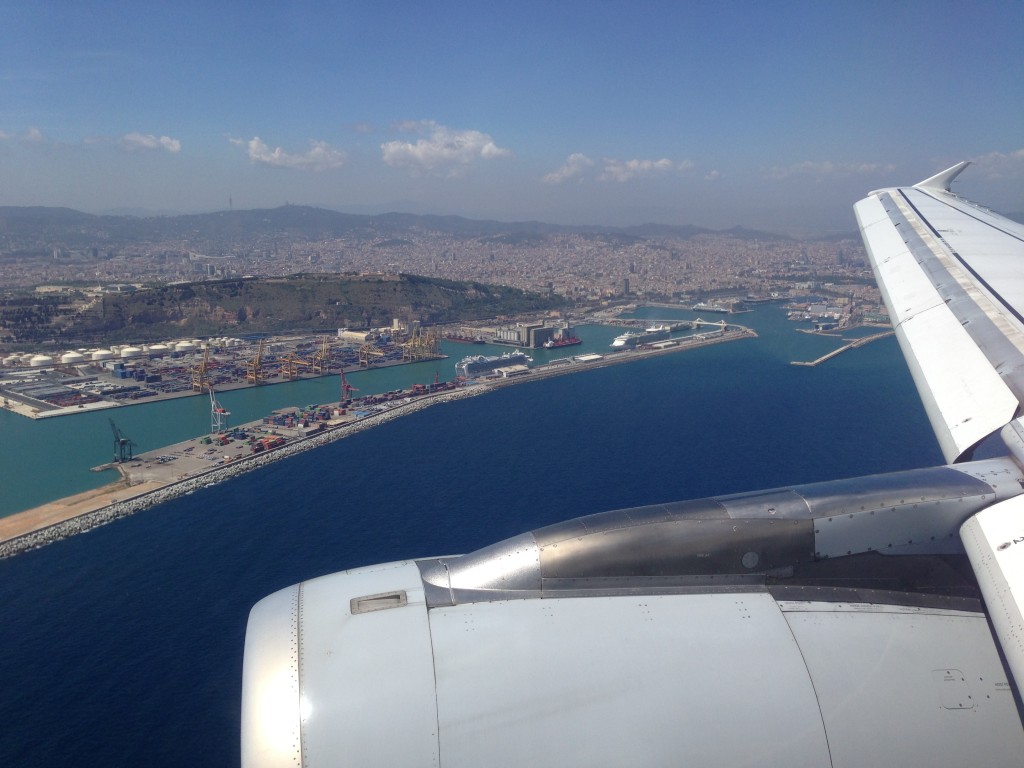 After spending an hour in the Barcelona airport exchanging money and waiting for my luggage, I easily caught a taxi to the center of the city, and directly to my hotel to freshen up (about a 30 minute drive). For this night, I was staying at Hotel Astoria, located on Carrer de Paris, 203, near Avinguda Diagonal, towards where my office is located. I had booked my hotel in advance on Orbitz for around $98 (plus city tax upon check-out), and the room turned out to be much better than I anticipated. They gave me a room with an upstairs salon/suite where I was able to use as an office.

Finding my Office in Barcelona

After showering and settling down to work for several hour, I finally ventured out around 8PM to check out where my office was located and to find dinner. I searched for my office for quite some time on the street it was supposedly on, but had so much trouble with the numbering system (which circuitously went up, and then down, and then up again) that I gave up, frustrated. I’d do some more research later and try to find information about the building name and any nearby landmarks, and try again in the morning.

Walk to the Barcelona Waterfront

I stopped back at my hotel on my way to dinner, and asked the concierge what he recommended. He mentioned that the waterfront/port area had some of the best Catalonian restaurants, and this was where Spanish people go (as opposed to tourists who eat on La Rambla). Even though he offered up the Metro as the easiest way to get to the mouth of La Rambla (Plaça de Catalunya), I decided to take the bus instead because it was a shorter route, my ankle was bothering me from the walk to my office, and because I knew I would have a huge walk ahead from La Rambla to the Barcelona waterfront/port area. The bus was surprisingly easy to catch and easy to use – but expensive, €2.10 per one-way (check out this link for more info about the well-connected public transportation in Barcelona). I had originally planned to catch the L17 going South all the way to Port Vell directly, but changed my mind at the last second when L16 pulled up, headed to Plaça de Catalunya. I figured to enjoy the longer walk, and that’s exactly what I did as I made my way to the Barcelona waterfront.

I strolled leisurely down La Rambla and enjoyed people watching (mostly tourists), the pleasant weather, and the atmosphere of happiness and levity. It took about 20 minutes to make it all the way to the water, and then another 20 to walk across the expansive port area where there were many yachts, sailboats, and even a tall-ship or two. I stopped to take some pictures along the Barcelona waterfront.

Old Customs House on the Waterfront 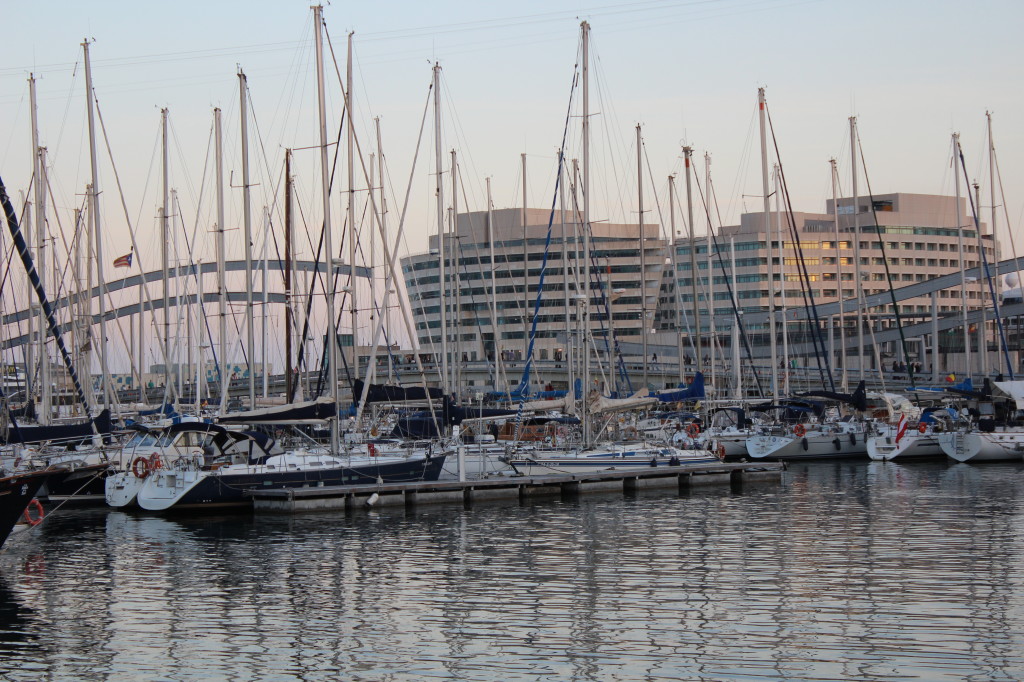 Dinner on the Barcelona Waterfront

Eventually I ended up on Moll del Dipòsit along the Barcelona waterfront, and headed into Barcelonetta to find a place to eat. I found several restaurants on Yelp (Tapas mostly) but when I got to them they were either closed or had no seating (930PM was prime dinner time). My hunger got the better of me and settled for “good enough” in a touristic but picturesque spot on Plaça de Pau Vila, 1 at Restaurante Emperador, right there on the Barcelona waterfront.

Port Vell – Restaurant Row on the Barcelona Waterfront (also a bit of a tourist trap, but lovely atmosphere) 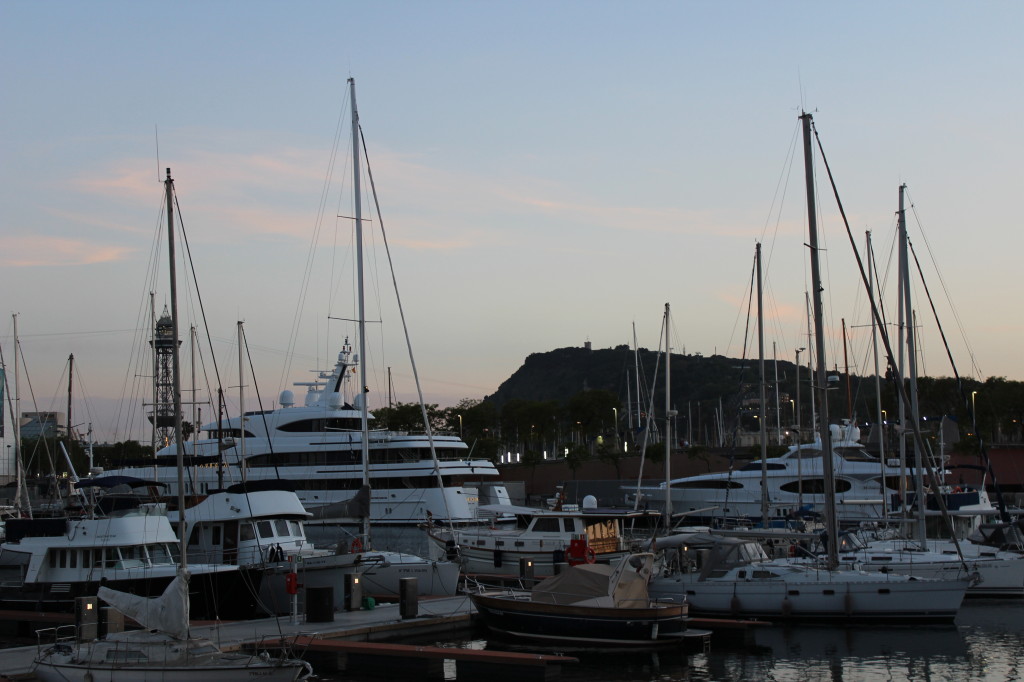 Montjuïc and Yachts – view from my table

It was pretty good but I guess I made the right decision not getting the black lobster paella. Instead I had a lightly fried white fish with white beans and an overpowering amount of garlic that I quite enjoyed. And of course a glass of Rioja. The service was quick and I didn’t want to linger because I was already exhausted by 10PM. I luckily caught the last 1030PM bus back to the Northern/commercial area of the city where I was staying. 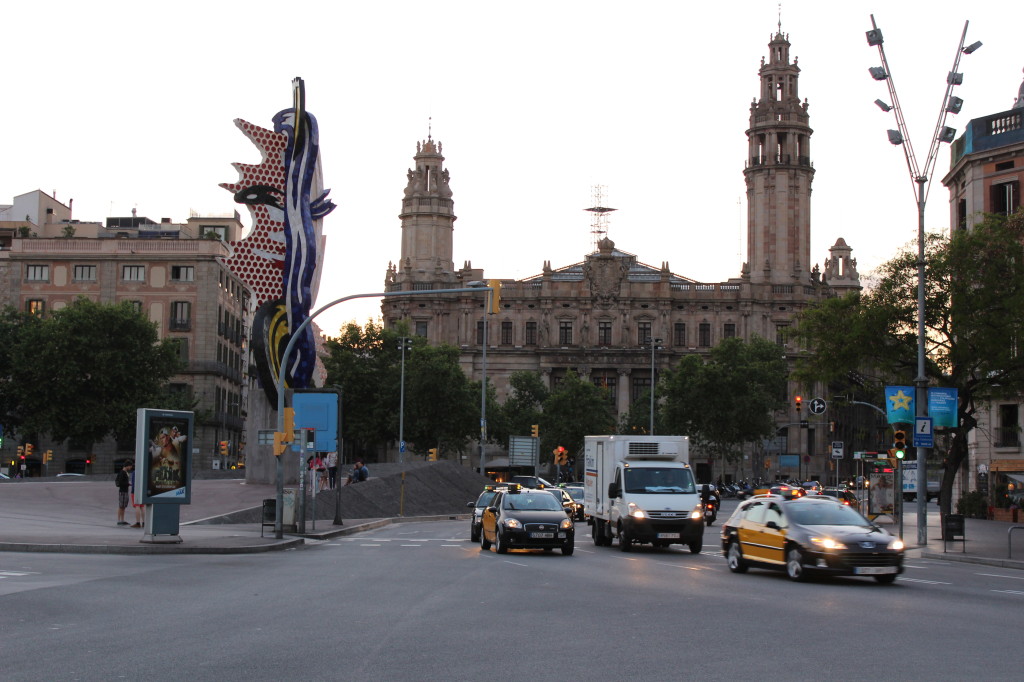 Busy Street near Port Vell, Near Where I Caught My Bus

When I reached my hotel, I promptly passed out.

← What I learned from Africa Travelport Barcelona, All Work and No Play →

2 thoughts on “Barcelona Waterfront – the Second Time Around”