The next morning I found my Travelport Barcelona office easily after discovering the cross-street it was near, the name of the building, and a few landmarks on Google maps (yay!). 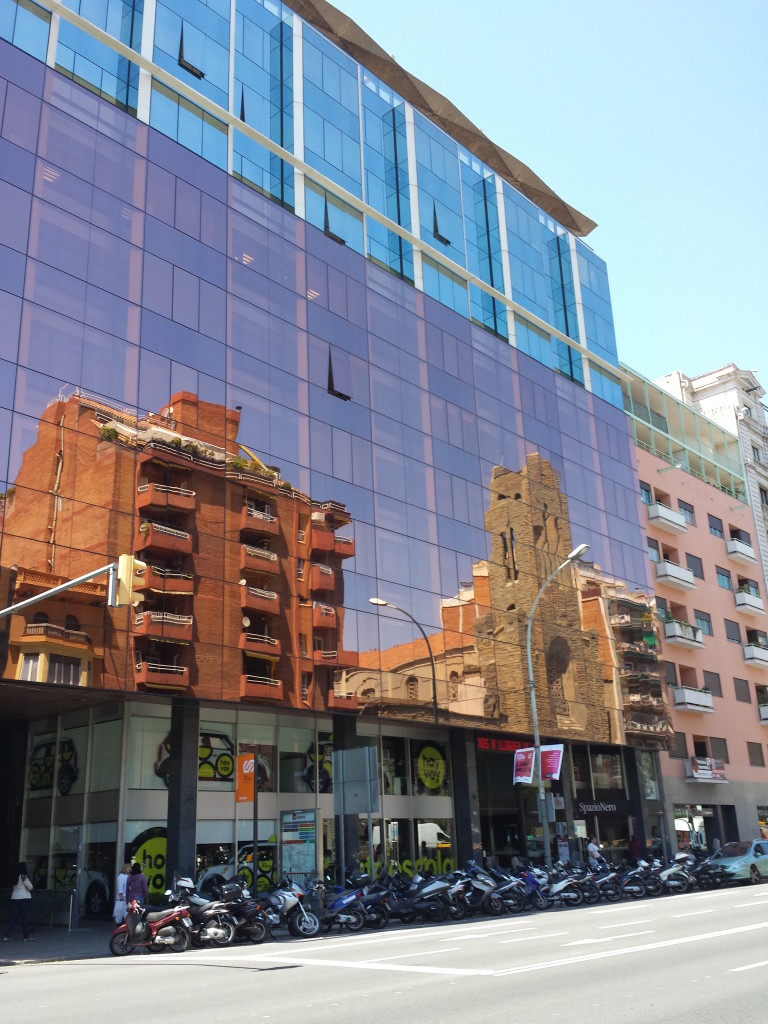 I spent from around 830AM to 7PM in the Travelport Barcelona office, with an hour out for lunch with colleagues at a cute nearby sushi place called Monster Sushi. They had a wonderful 3 course lunch special (appetizer, entrée, dessert or coffee) for €14, and my Travelport Barcelona colleague was kind enough to pick up the tab. I also caffeinated during at least 4 different opportunities throughout the day, taking advantage of the free Lavazza espresso machine in the office (unfortunately it also kept me awake ALL night).

I really enjoyed the Travelport Barcelona office itself – it was in the process of being remodeled, and as such was a bit chaotic, but it had the startup vibe with bright colors (chairs and walls) and open spaces (transparent walls, work benches instead of cubes). The perfect atmosphere for thinking up and creating great new travel ideas. It was a very Silicon Valley/Cambridge look and feel, and the office and my colleagues in the Travelport Barcelona office were proud of Barcelona’s creativity and ability to embrace innovation. I was looking forward to spending Friday there as well. 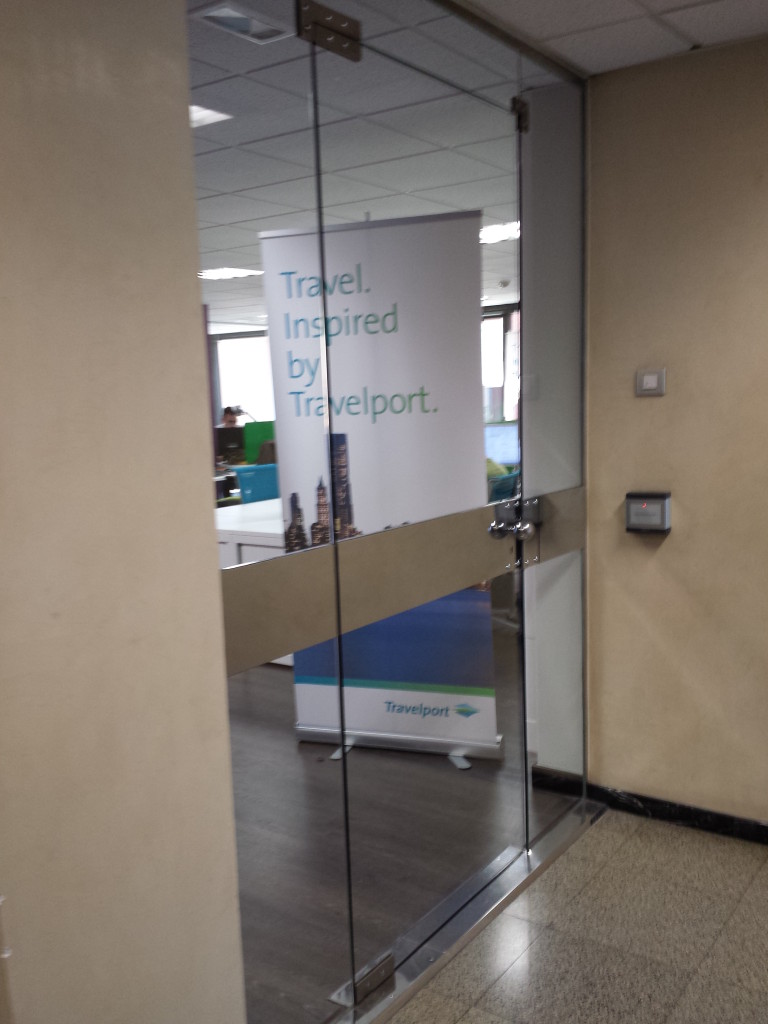 I made it back to my hotel around 730PM, grabbed my luggage which I had left at the lobby desk, and caught a taxi to my new hotel for the evening – the 5 star Hotel Claris. The room was similarly situated as the one I had the previous night, with a separate suite upstairs including a couch that was converted into a bed. I think we paid something like €250/night for this room (Barcelona, it turns out, is really expensive). I quickly showered and not soon after Marv and Leslie (my grandfather and aunt) arrived at the room.

I continued to work until 930PM when Leslie and I went up to the terrace for a light dinner (Marv ordered an omelette through room service). Leslie had a fruit and vegetable salad and I had another grilled white fish with broccoli gnocchi, which turned out to be completely pureed, and what Leslie described as Spanish deconstructed cuisine. Oh yeah, I forgot about my cooking experience (and cooking demo) last time I was in Bilbao with the Global Entrepreneurship Accelerator Program at Deusto University, and how fancy the cuisine is here. We even ordered a pineapple and ice cream dessert, where the ice cream was really ice cream but more a swath of dipping cream smeared delicately on the plate. Not as advertised but still delicious. On this night I also enjoyed a Tempranillo and Leslie indulged in a Maker’s Mark on the rocks (they had generous pours on both occasions).

I settled back in the room for sleep at 1130PM and found it impossible. The jetlag, coupled with the espressos, coupled with the noise from my room companions kept me up all night. I think I did doze off at some point because I remember waking up from a bizarre dream about Mars blowing up, crashing into the Earth, and the Earth being swallowed into the sun due to the gravitational event. I experienced the “final day on Earth” in a movie theater with strangers, watching it unfold on a TV monitor, feeling the impact as Mars crashed into us, and then moments later being swallowed by the sun’s fiery abyss. “Wow, this is death” I thought.

Heavy stuff. What was in that vino?

2 thoughts on “Travelport Barcelona, All Work and No Play”