As mentioned in our previous blog, after a harrowing travel ordeal getting to the Celebrity Silhouette, our cruise only really started to feel like a vacation on Days 2 and 3 when we were at sea. We over-indulged in long sleeps (until 11 in some cases), explored nooks and crannies on the ship, and even went to the gym – all around finding a good food routine (big breakfast, late lunch, late dinner vs small breakfast, normal lunch, early dinner vs big breakfast, no lunch, early dinner). We still haven’t figured it out yet. It also gave Brendan a chance to rest and recover from his cold turned ear pressure issues.

We also went to the headliner evening performances both nights, and we enjoyed them immensely. I of course went it as the Debbie Downer thinking the shows would be terrible (based on what I saw two decades ago when I was cruising more regularly with my grandparents). They were anything but. The first night the Celebrity cast put together a storyline montage of great songs (including contemporary), with live vocals and exceptional dancing. As borderline millennials, we ate that shit up like candy. Oh, and did I mention the acrobatics? Seriously professional, beautiful, strong, and dangerous. 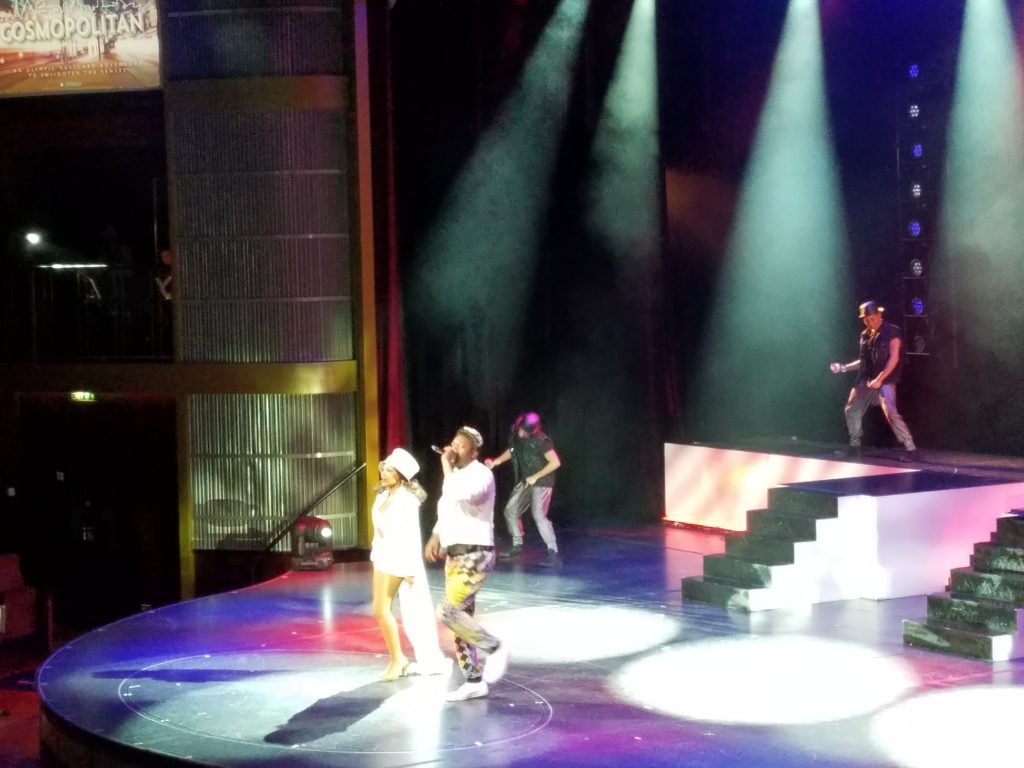 The second at sea day, we checked out the male Acapella group, Re-voiced. I liked them even better than the previous night (Brendan disagrees). Five members, racially diverse, with a beat boxer that was recently named to the Rock and Roll Hall of Fame (Chesney Snow). They did head-scratching arrangements of contemporary music, many of which were nearly unrecognizable, completely different, and made you appreciate their depth from arranging to choregraphing to performing. It was kind of a “musician’s musicians” kind of acapella group if that makes sense.

One of the nights we tried the dinner buffet and discovered the “build-your-own” stations. You could put all the veggies and meats you wanted in a bowl, hand it to the chef, and she would could them, then add pasta and sauce of your choosing. It was my favorite thing in the buffet, besides the build-your-own Caesar salad. Each night they would also have a rotating special international section – French, Chinese, Caribbean, American – and a special dessert section to accompany it – Banana’s foster, crème brulet, crepes, tiramisu, etc. Always something to look forward to.

Another night I tried the build-your-own stir fry bowl – same concept, but Asian! They even could make it spicy upon request. The other notable thing about the stir-fry bar was the chef. This Korean woman standing in front of me in line upset her by handing her a small bowl overflowing with vegetables. The chef barked “Next time, you have to bring me a bigger plate!” The Korean lady apologized, tail between her legs! I loved this chef – she totally owned her station. I could see her turning in to a Seinfeld alternate reality stir-fry Nazi. Also, the stir-fry was really good – and I daresay healthy.

During our at sea days, we also discovered the best desserts on the Celebrity Silhouette, and that was the gelato bar, the ice cream bar, and the cookies – preferably an DIY ice cream cookie sandwich (messy by delicious).

In between Brendan taking naps and meals, I spent a considerable amount of time at the casino losing money to Blackjack, but having fun. I got to know the staff and the pit boss pretty good, to the point that when we ran in to each other in the buffet at dinner we exchange a few remarks. Everyone wanted to know where my husband was because he came by only sparsely when I was gambling and people weren’t sure he really existed. Brendan pulled me away occasionally for meals and shows, and I also learned how little he approves or appreciates gambling.

The at sea days were really some of the best for relaxation. We discovered the Library area on the 10th floor, just around the corner from our room where we put in some solid time. We also started to read the campy next day bulletin delivered to our stateroom every meeting, and we began looking forward to them (eventually we decided to cancel them because we discovered a way to get them digitally through the Celebrity internal network). We noticed the nice touches from St. Elmore, our room attendant – turn-down service chocolates, towels, wine glasses for the wine we brought. We didn’t have to ask for any of it, he just made it happen.

In the campy itinerary, we discovered CLA – Celebrity Life Activities. This is where the cruise director and entertainment/animation divisions really kick in. They put on dance lessons, trivia, silent discos, bingo, golf lessons – all sorts of things for the guests to enjoy. We went to one salsa lesson and also checked out the silent disco. The lesson was just so-so because they played a song that was actually very hard to dance salsa too (song was chosen because the Celebrity Cast were the teachers, and the song and steps were from the show the previous night). The silent disco was awesome. You put on noise-cancelling headphones where you can choose from a fixed number of stations – in this case 3 stations. Each station played a different style of music, and also represented a different color (red, green, blue). You got to continuously select which station you were listening to, which may or may not be the same as the channel people around you are listening to. The ultimate effect from an external observer’s perspective would have been a very large, quiet group of adults dancing different steps at the same time, and occasionally singing songs that didn’t match. It was fun to watch, and fun to do! 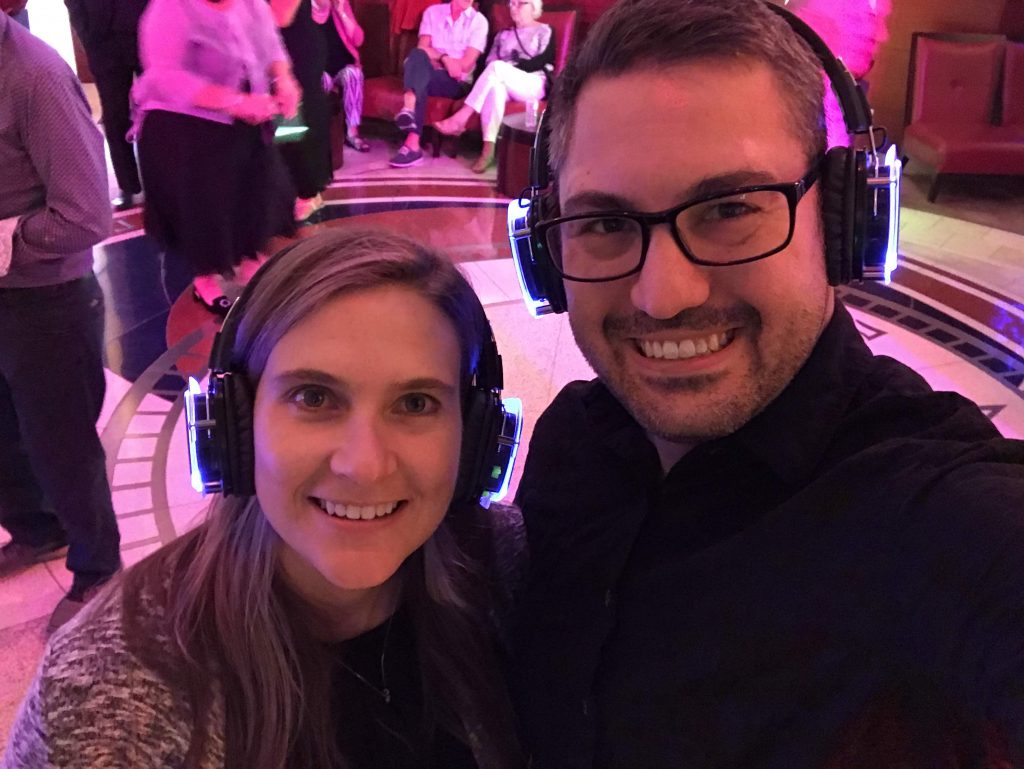 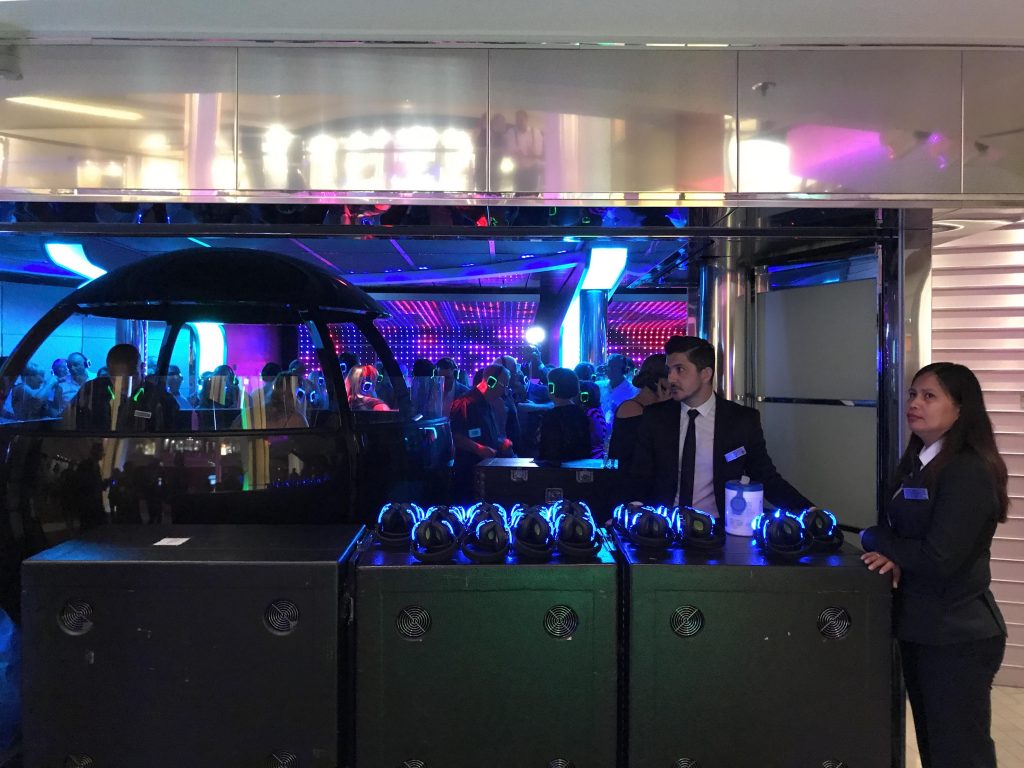 So that’s basically our life during at sea days. The next day would bring the meat of itinerary – 7 stops in a row – so we were glad to get some necessary R&R.  Our itinerary for the cruise was: 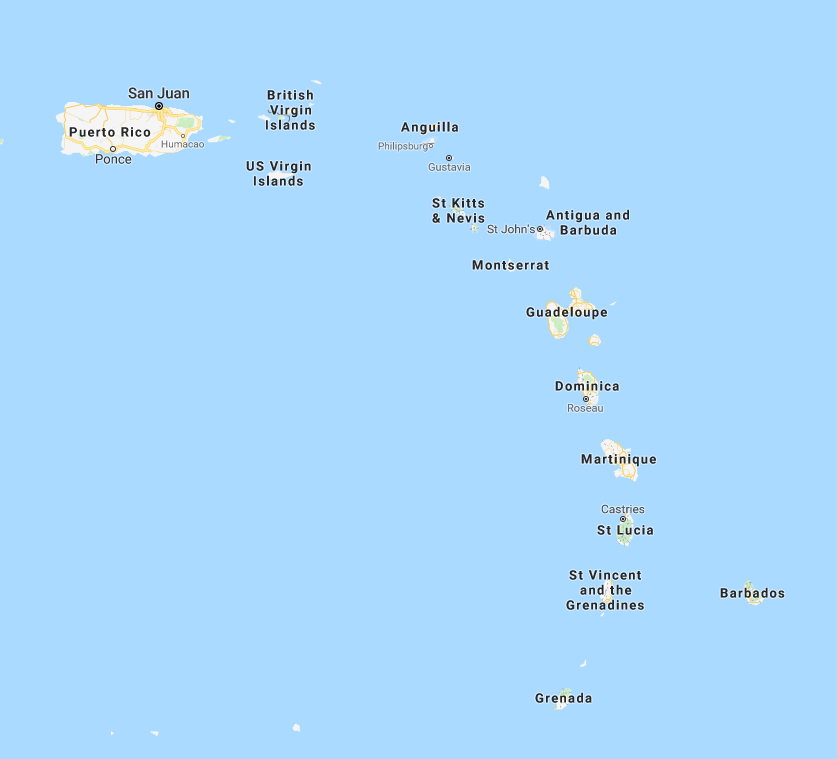 With St. Croix as our first stop, we would ease in to the port experiences in a familiar, American port. And luckily, the Traveler’s Century Club says we can count it as a separate country since it is geographically and culturally different than the mainland, even though it’s part of the US Virgin Islands and therefore the United States. Side note – Brendan hit 50 countries on this cruise and I hit 75!