The next morning, Saturday, was our Vancouver City Tour departing at a more reasonable 830AM, coupled with our spa visit in the afternoon. This was probably the most leisurely day we had – this was not a relax kind of vacay. This morning, since we were on an early schedule, we actually woke up with a little time for breakfast before we headed out. Discovered some nice yogurt to put with the incredible and copious array of fruit.

We then piled in a luxury bus to tour the city. This was the sample platter, the Vancouver tour overview if you will. Our first stop was Stanley Park where we walked around, viewed the real totem poles made by Canada’s First Nations (the people Americans would call Native Americans) for the park. The city was very proud of its cultural diversity and especially of the last 20 years of efforts to incorporate the First Nations people perspective into their retelling of history and in to the cultural fabric.

The view from the Stanley Park waterfront looking back at downtown Vancouver was also stunning.

We also got to learn more about our guide’s upbringing, having been brought to Vancouver as a child from The Netherlands. More than 35 years later, Vancouver was her city. She never wanted to go home.

We continued north across Stanley Park on the Vancouver city tour to a lookout over the Lionsgate Bridge in to West Vancouver. The Lionsgate Bridge was actually built by the Guinness family as a product adjacency/real-estate investment which also could presumably couple for lodging for Guinness employees brought over from Ireland. I might be making all that up, but it sounds reasonable. Brendan and I also wonder whether the film company, Lionsgate, is a Vancouver-based company. This is the Hollywood of the north after all.

Our guide mentioned that now West Vancouver is one of the priciest areas in the city – there is no industry at all on that side so it is extremely desirable.

While the weather was not great that day (50s and overcast), the park was a lush rainforest with that wet tree smell that lingers in your memory. 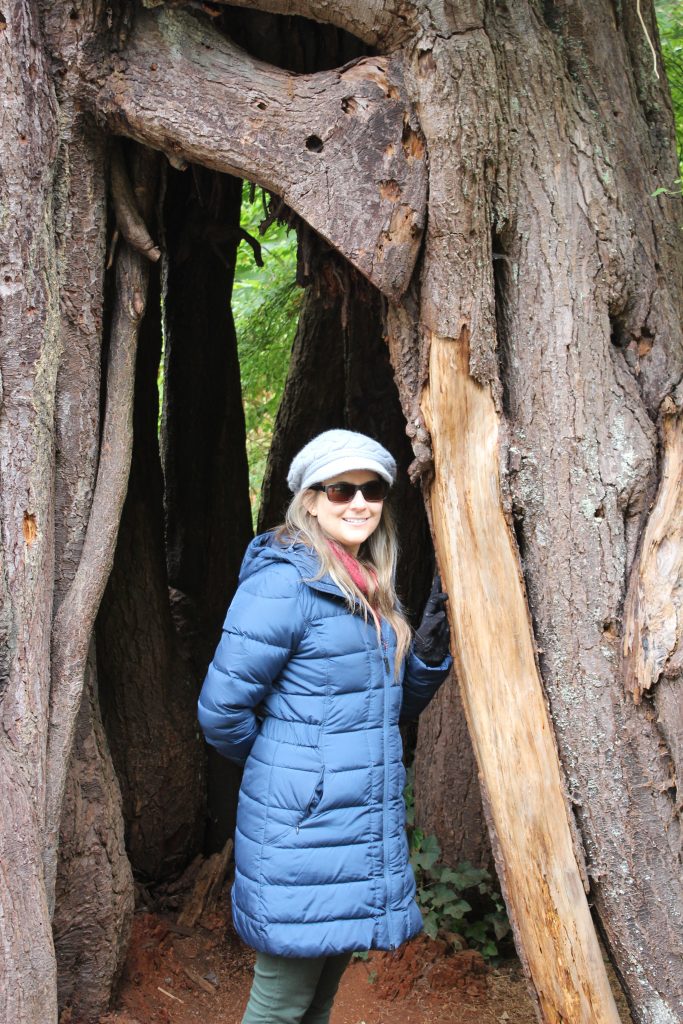 We continued on our Vancouver City Tour on to Queen Elizabeth Park, the highest point in the city and also a lush garden. 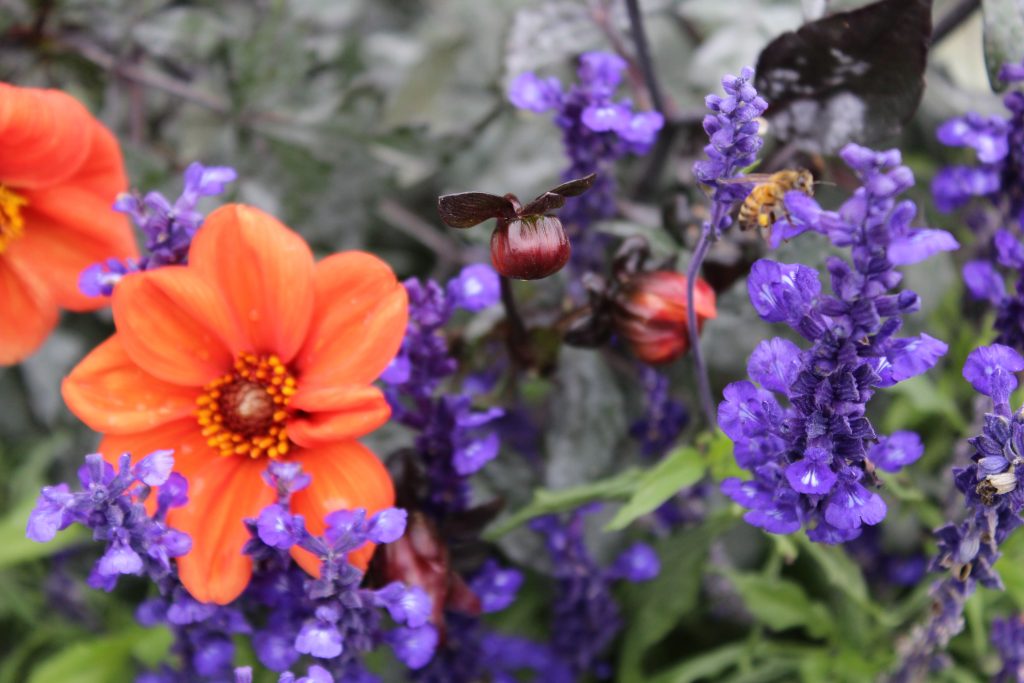 There was a gorgeous looking restaurant at the top with wood burning stoves outside on a covered patio that caught our eye.

We loved the fact that there were so many public (and nice!) parks in the city. We were starting to fall in love with Vancouver too!

Our last stop on the tour was Granville Island, a hipster indoor mark and outdoor industrial aesthetic art walk concept. It reminded us of a nicer version of RiNo in Denver. 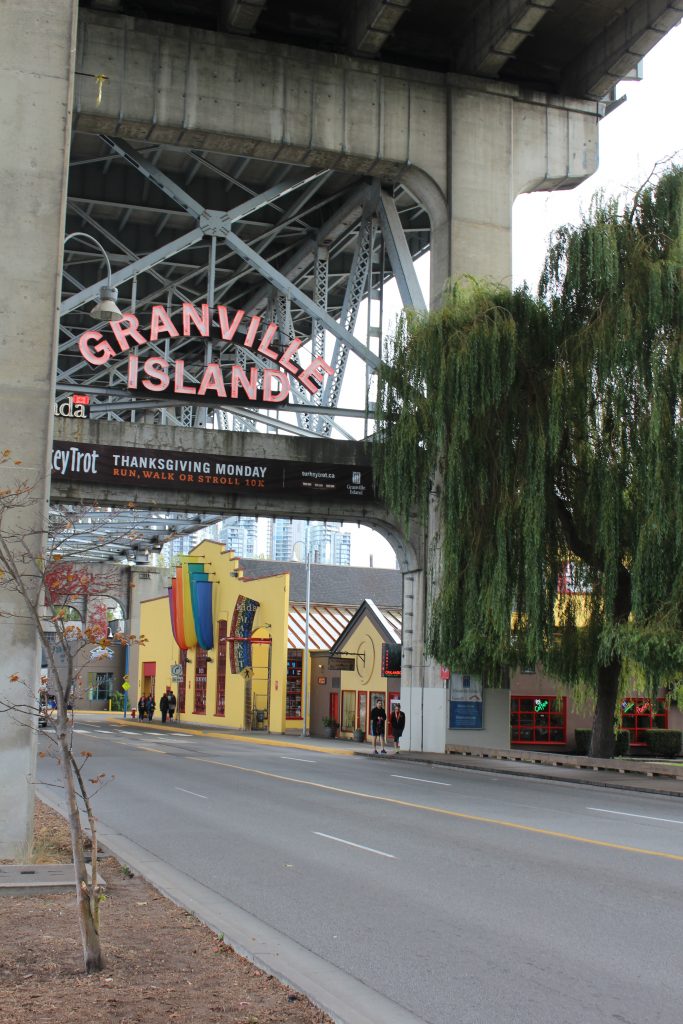 Even the cement factory was artistic.

Granville Market was my favorite part though. It had a fish market, a meat market, a produce market and a gourmet market, spattered with small cafe, boutiques, and quick-serve high-end options. We were looking forward to returning, even though a few others on the Granville Market tour (the 3 hour version that we would take on Monday) said it was a bit boring and expensive. Since we were looking for souvenirs and art, however, it was right up our alley.

Brendan at Granville Market on the Vancouver City Tour

We were thinking about taking our own transport (the water taxi) back in to Vancouver a bit early to go grab dim-sum prior to our massages at 2 and 3PM. But we quickly gave up on that as we realized we were running out of time. We ended up taking the tour bus back with the group after all, and then decided on a quick lunch in the hotel prior to our afternoon relaxation sessions.

The massages were only 50 minutes (could have had it for double the time) but were very good with the deep pressure I like. After some naps we were ready for the evening – the dinner cruise on the yacht (pictured below behind Brendan). We sailed for approximately 3 hours between 7 and 10PM. 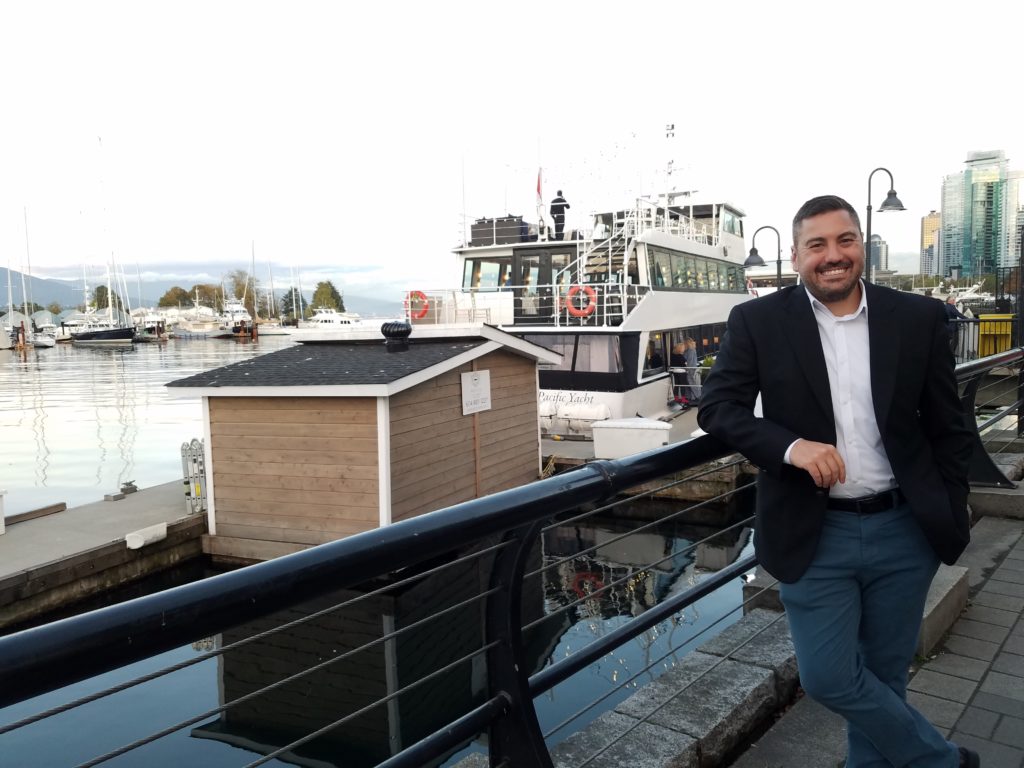 This was the highlight of the nights for me personally. The views were absolutely magnificent with the sunsetting over the city as a backdrop to the best meal we actually had. And, oh, it was an uber-luxury yacht. Travelport Star Awards knows how to treat us. 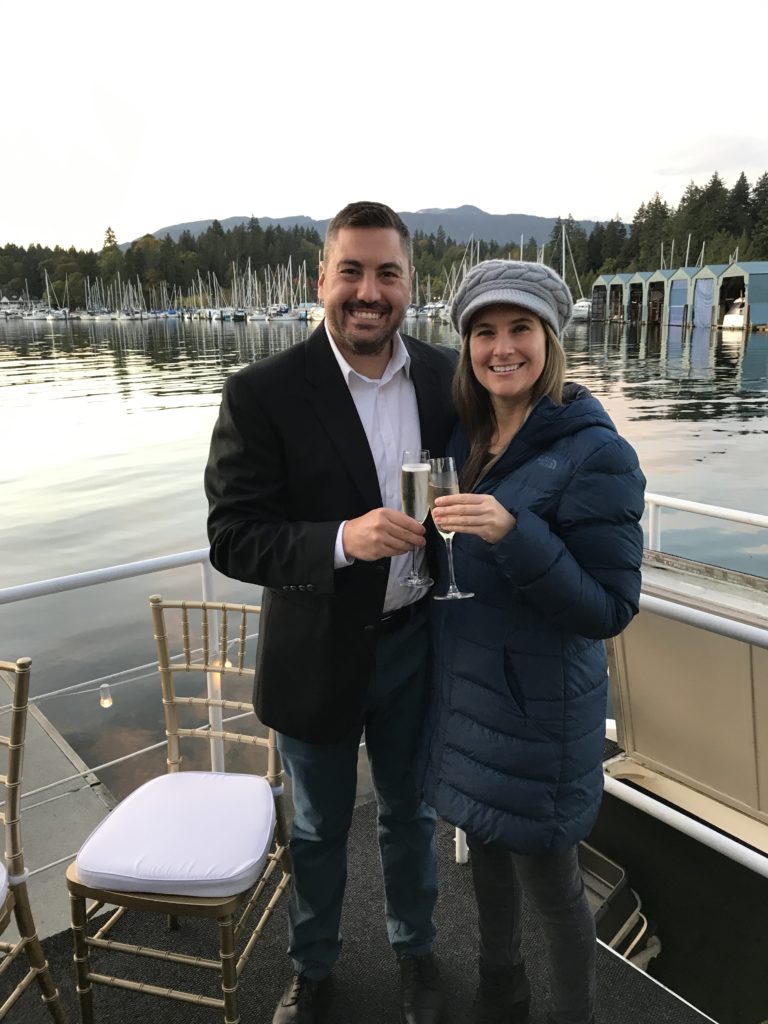 It was striking to see how “glass” the city was, sparkling, where water blends in to building, blends in to sky.

Glorious shot from the yacht

Back on land and at the hotel, we again fell in to bed – too exhausted to rage against the dying of the night. The next day was our really long day at Whistler in the mountains.

One thought on “Vancouver city tour”