Today was a big day on the road as we made it from Fez, to the mountains, and in to the desert as we spent most of the day driving to the Sahara. 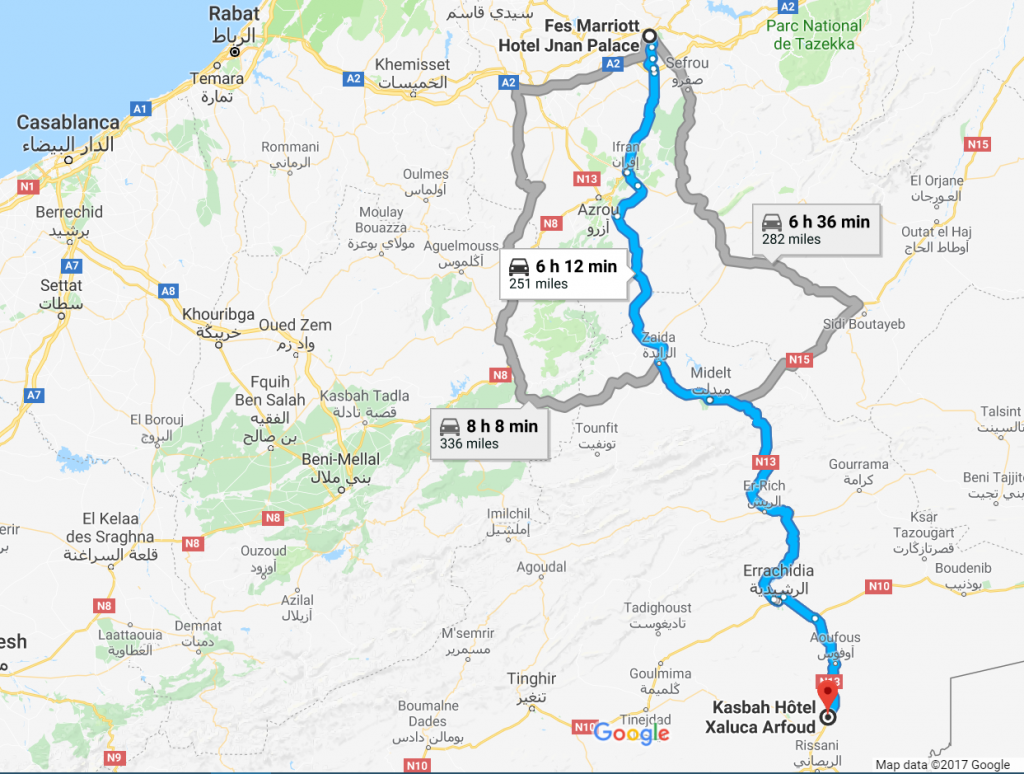 Driving to the Sahara

We began around 830AM from the Marriott and first stopped in the mid-Atlas mountain town Ifrin as we began driving to the Sahara. The scenery quickly changed from desert to forests of Oak, Cedar, and Sycamore as we made it in to the picturesque French-alp style village for a quick stop. 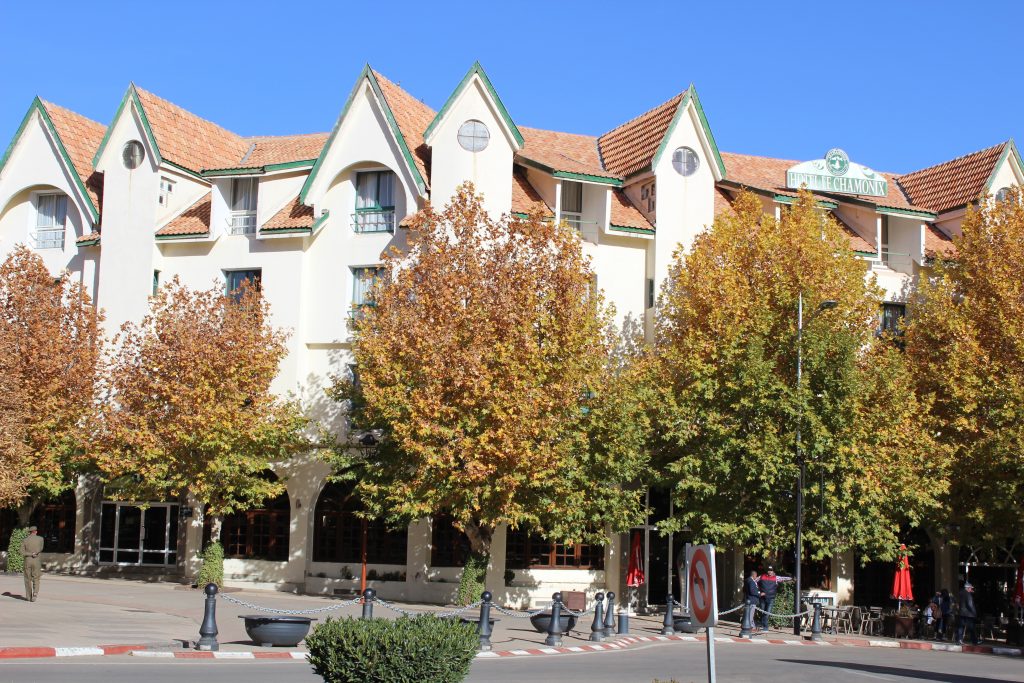 Driving to the Sahara – a stop in Ifrin

We took a walk through the sycamore trees and saw beautiful parks outside of the Royal Palace. Here’s Brendan by a random formal lion statue! 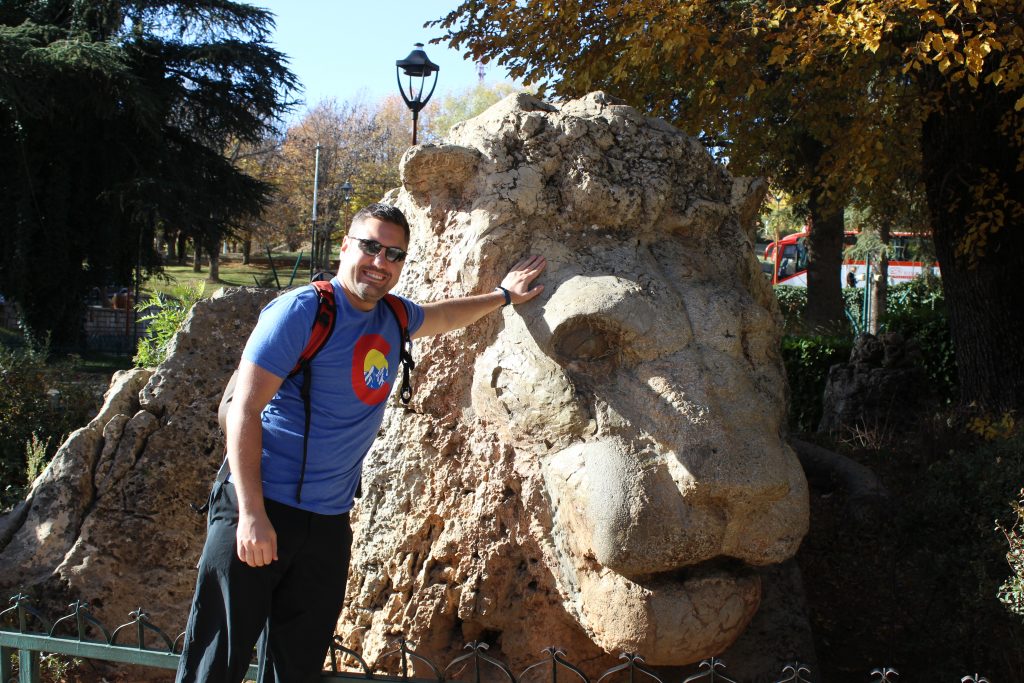 After a 20 minute stop and our short walk, we continued driving to the Sahara. We spent most of the day until lunch in and out of consciousness as our Atlas Rider bus wound it’s way over the mountains. Forests eventually gave way to high desert plateaus as we stopped for lunch at a rest stop in Midelt. It was nothing to write about, save a good place to stop mid-way driving to the Sahara – oh, and Brendan got to try camel kebabs, which he enjoyed. At this point of the trip, I was tired of Morocco food (tagines, pastillas, and keftas) so I ordered spaghetti marinara. It was passable, as was most of our subsequent lunches on the road.

One of the more interesting stops we had driving to the Sahara was Errachidia, where the desert oasis began. The light was shining perfectly in the late afternoon as I captured this shot. 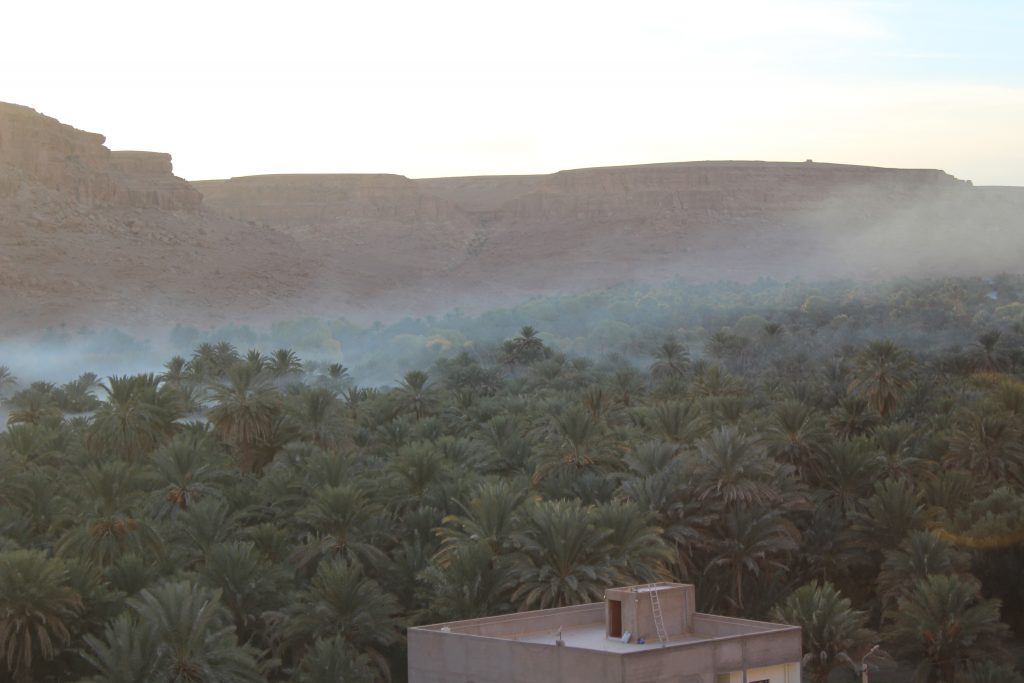 Errachidia while driving to the Sahara

This oasis was one of the largest in the world and is nestled in the high Atlas mountains and made green by the Ziz river. It stretched all the way to our final destination in Erfoud.

We finally made it to our luxury Kasbah hotel, Xaluca, in Erfoud around dusk. It was amazing. 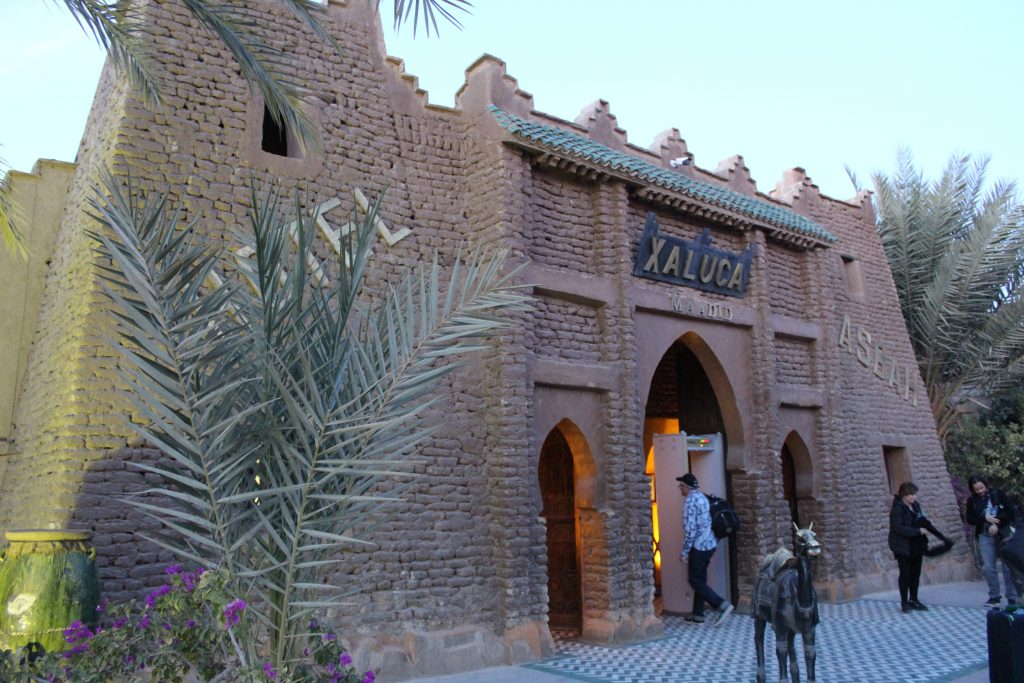 After a full day of travel and driving to the Sahara, we were greeting by a warm Amazigh welcome of song, dance, tea, and cookies. 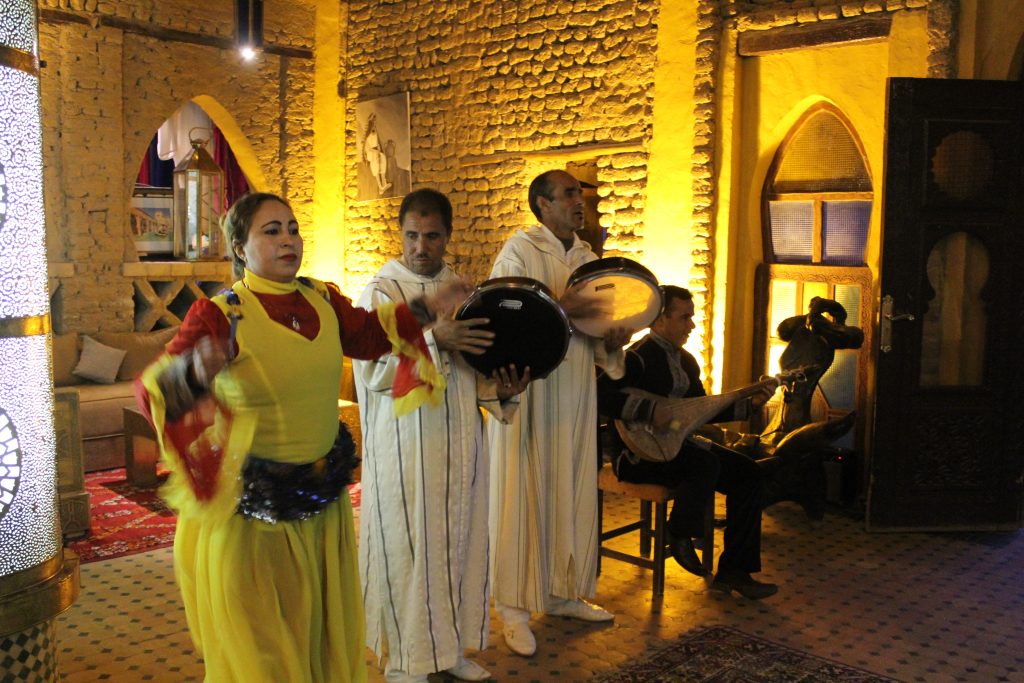 We spent the rest of the night exploring the gorgeous property. 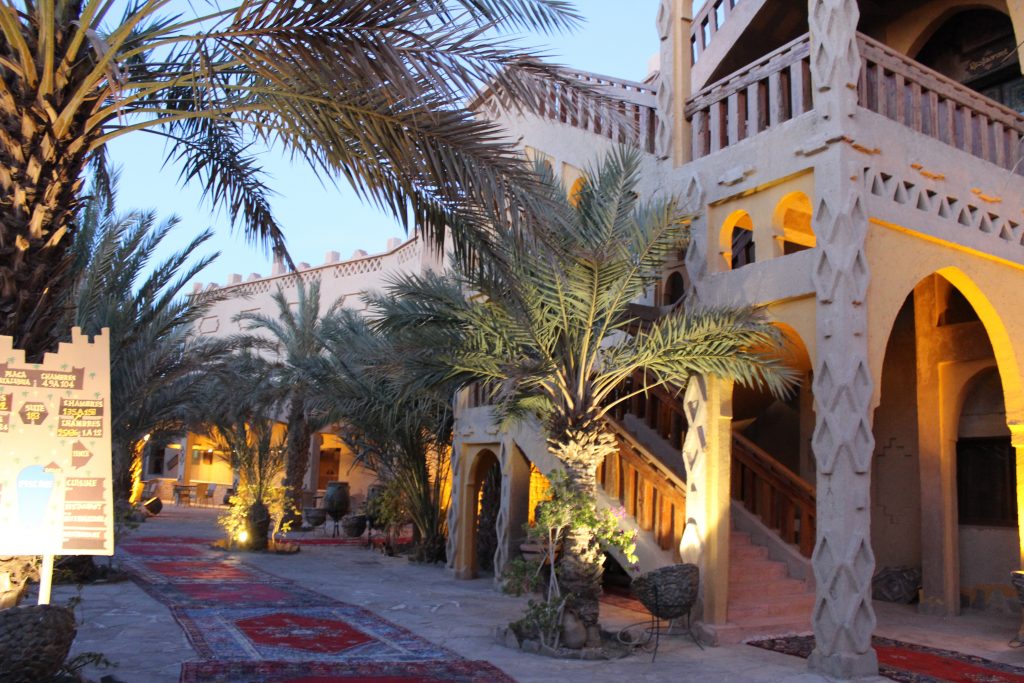 And check out our room! It was great except for the thin windows. 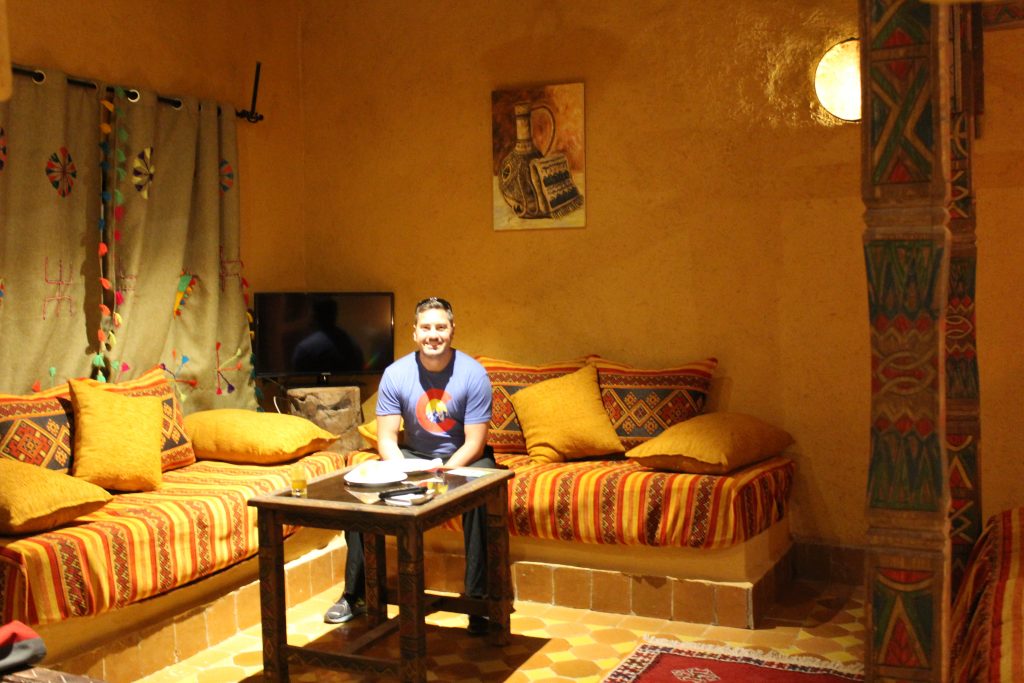 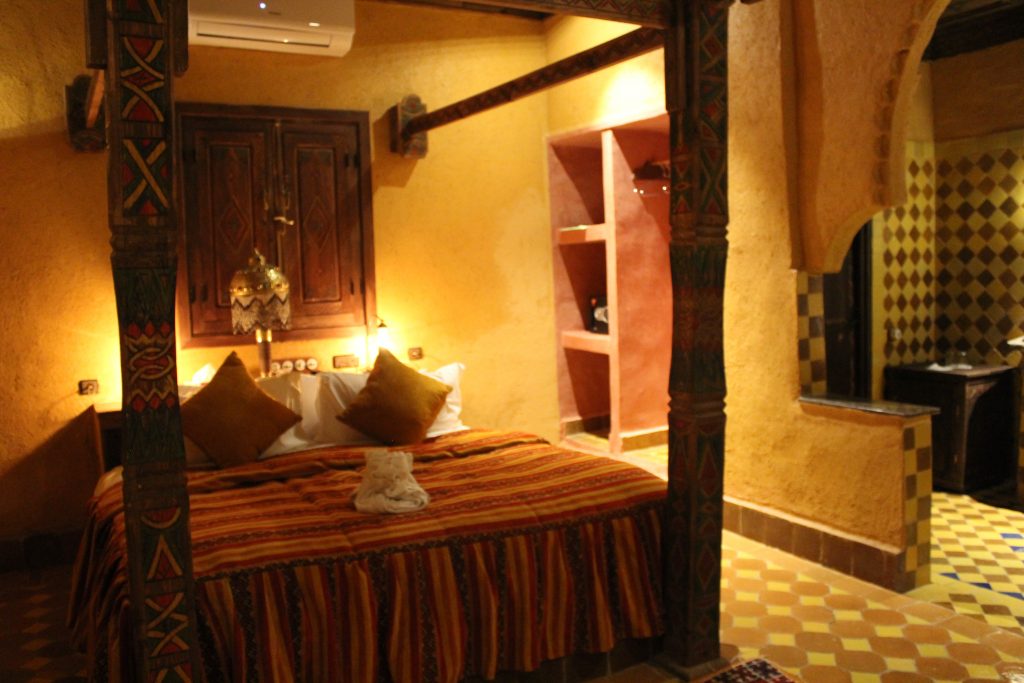 After going to the gym with a sore throat (that would later blossom in to a head cold in subsequent days) and running a few miles easily at lower altitude, we enjoyed the buffet dinner and the gorgeous lounge/bar areas. We had a few glasses of surprisingly cheap and decent 25 dirham white whine ($2.5!) as well. 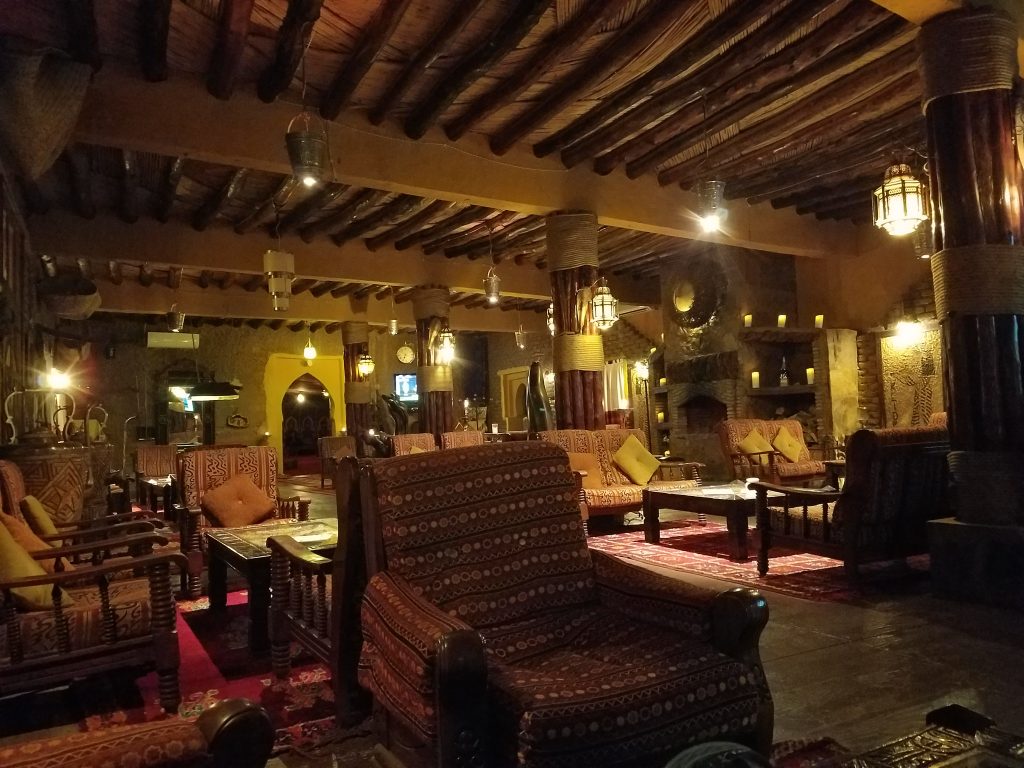 The buffet generally looked better than it tasted all the way around, but the variety and quality was good. 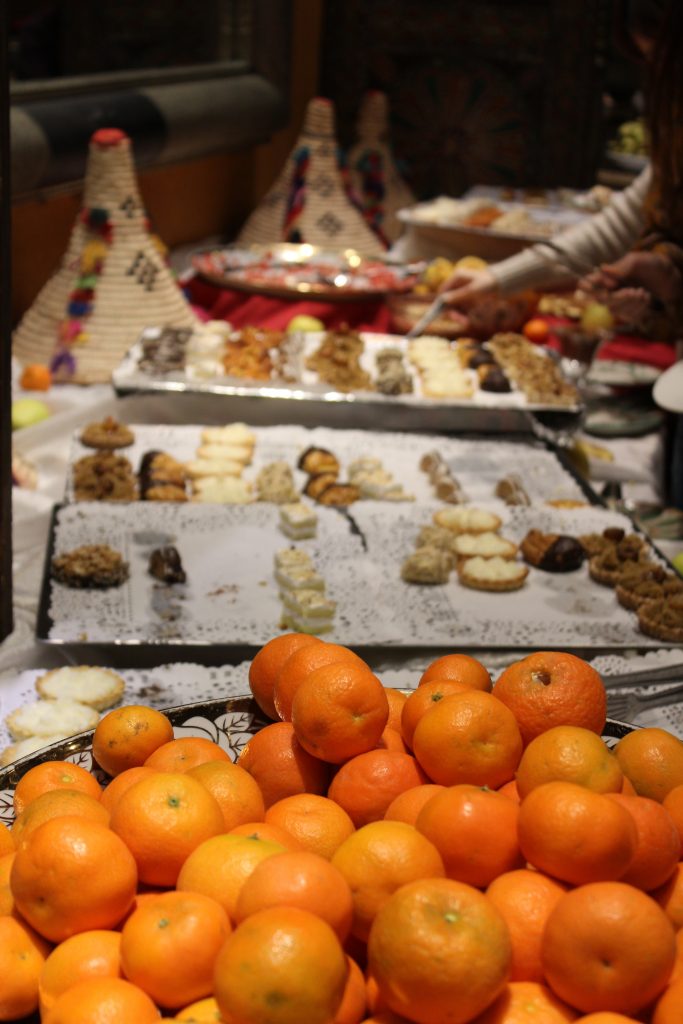 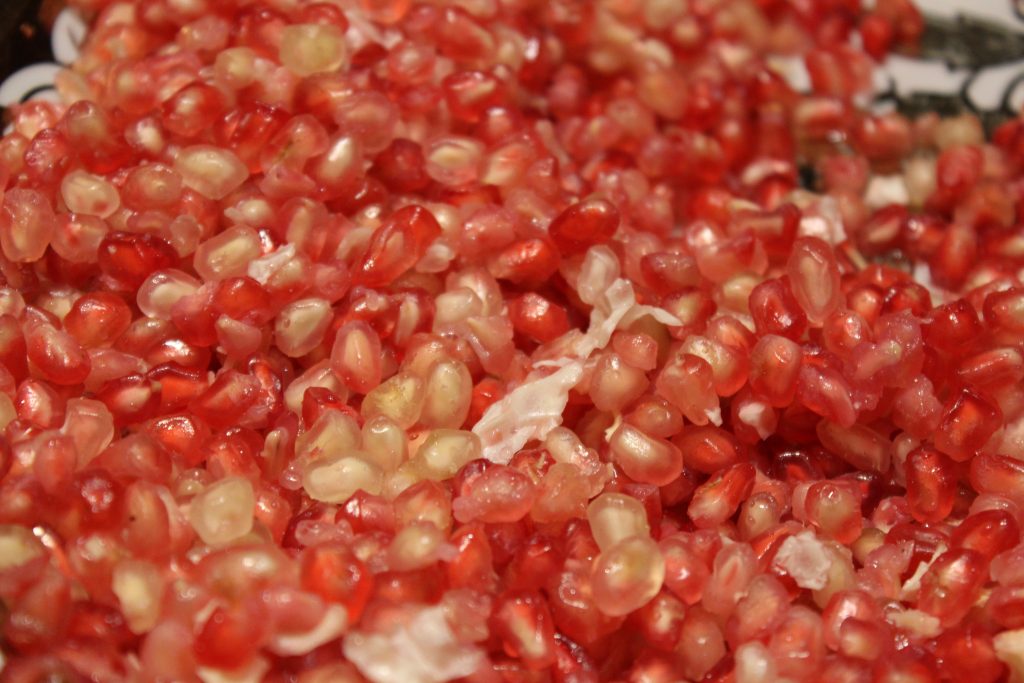 The next day we would be rewarded by the Sahara in countless ways. We had an early start so we went to bed around 11PM.

One thought on “Driving to the Sahara”