Over the past few months, I’ve been getting to know the best Orange County beach towns to live in and to visit. My boyfriend, Dave, got a killer job opportunity in Southern California, and as a result decided to relocate to the Los Angeles/Orange County area. May and June so far have been whirlwind months trying to get him moved out there from Denver and settled, and then also starting the long-distance relationship thing since I’m still based in Denver.

At first I was not so happy about him being in Southern California, since that’s where I grew up (Thousand Oaks to be precise, which is in Ventura County). I had a lot of negative bias from my childhood about everything from Ventura to San Diego. I moved to the East Coast when I was 17 and never looked backed (and never wanted to go back, other than the obligatory holidays and family functions).

That all changed on our apartment hunting trip in early May, where we tried to find the best Orange County beach towns for Dave (and me part-time) to live in.

Prior to the trip, we had had several informational calls with friends of mine who had previously lived in SoCal beach towns. One friend, Jason, used to live in Redondo Beach while he was working at Los Angeles Air Force Base. Another friend, Tyler, currently lives in Aliso Viejo, which, although not a beach community, is about 15 minutes from Laguna Beach. Another friend, Jay, had a lot to say about the general area as well, and reminded us not to overlook Long Beach – although he was based in Ventura County, he had some good advise about the best Orange County beach towns as well. Finally, my friend Deb owns a rental property in the Santa Monica area, but lived extensively throughout Los Angeles and Orange County before relocating to Washington D.C. (incidentally, she was my landlord when I lived in Arlington, VA and worked for Deloitte…many moons ago).

They all converged on a few places for us, and listed the following as the best Orange County beach towns (some of which also included southern Los Angeles county beach towns). In no particular order:

With our preliminary research done on the best Orange County beach towns, we knew we had a wide swath of territory to cover in basically 4 days (Saturday through Tuesday). 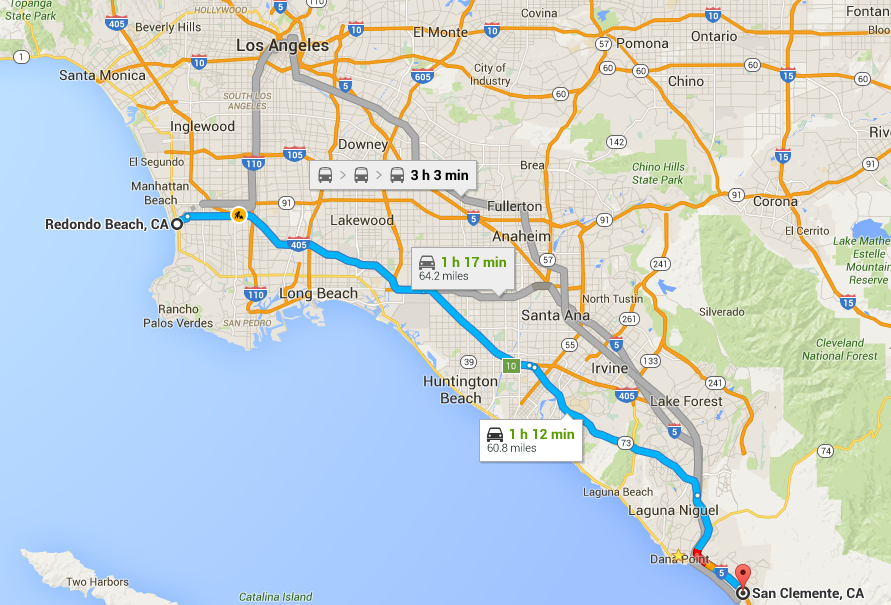 In this 60 miles of territory, we had lined up appointments with rental realtors, Craigslist people, and apartment complexes, in an as organized manner as we possibly could. We decided to AirBnB it to learn even more about the prospective areas, and had arranged to stay in Huntington Beach Friday and Saturday nights because of the central location, and then Dana Point Sunday and Monday nights.

The one wild-card for us was where Dave was going to have to commute to. We didn’t know a lot. All his hiring manager was able to share with us was that they had customers sites in Torrance, Anaheim, and San Diego. Generally speaking, (from Redondo Beach to the North to Dana Point in the South), the further South you go the more expensive.  Also, the commute to Orange County can be a real bear depending on where it is, but even if the location is more towards the coast, some good freeway access is necessary.  If you look at the map (above) you can see some of the best Orange County beach towns that we listed are situated quite a bit away from the freeways.

We were advised by Deb to skip anything between Long Beach/Belmont Shore and Redondo Beach, so we did.  She and Jason both loved Redondo Beach, but we actually never had a chance to visit in person because we had so many other opportunities south of that (and more central to Dave’s work radius). We also heard that Hermosa Beach and Manhattan Beach are nice as well, but they were really too far north for us so we eliminated them straight away.

For all of the best Orange County beach towns that we looked at, considered, or heard about, here’s a compiled list of the good, the bad, and the ugly, starting closest to LA and going south:

You must be dying to know where we ended up, am I right?

Maybe you deduced it from my descriptions above, but for us, all things considered Dana Point was the winner of the best Orange County beach towns competition for us. We found a great place (albeit at a higher price point than we wanted) 5 blocks from the water and 2 blocks from the main drag, Del Prado Street. Here’s Dave in our gorgeous backyard. 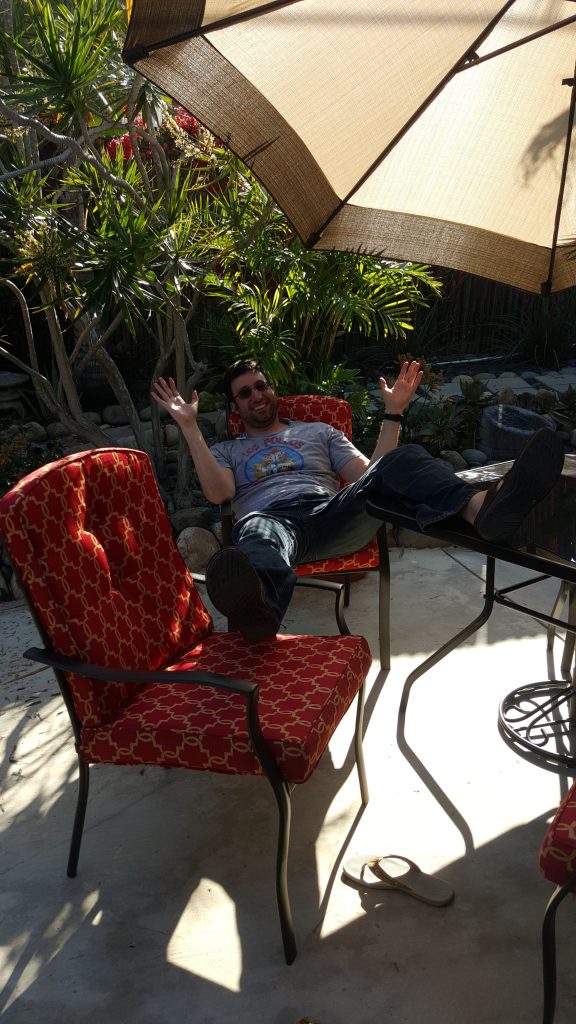 Dave on our patio

Our landlord, Dee (Deborah), is fantastic, and treats her tenants like they are real people and I daresay, even friends (this is the same way I try to treat my tenants). The place is a charming beach bungalow with a killer yard and it honestly is just so peaceful, you don’t even want to leave. 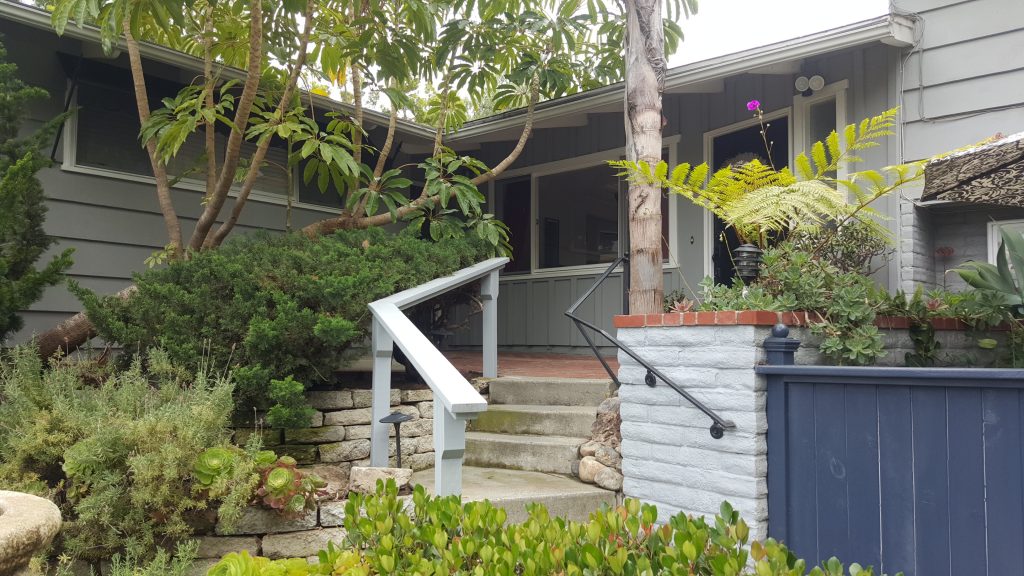 And check out the kitchen! 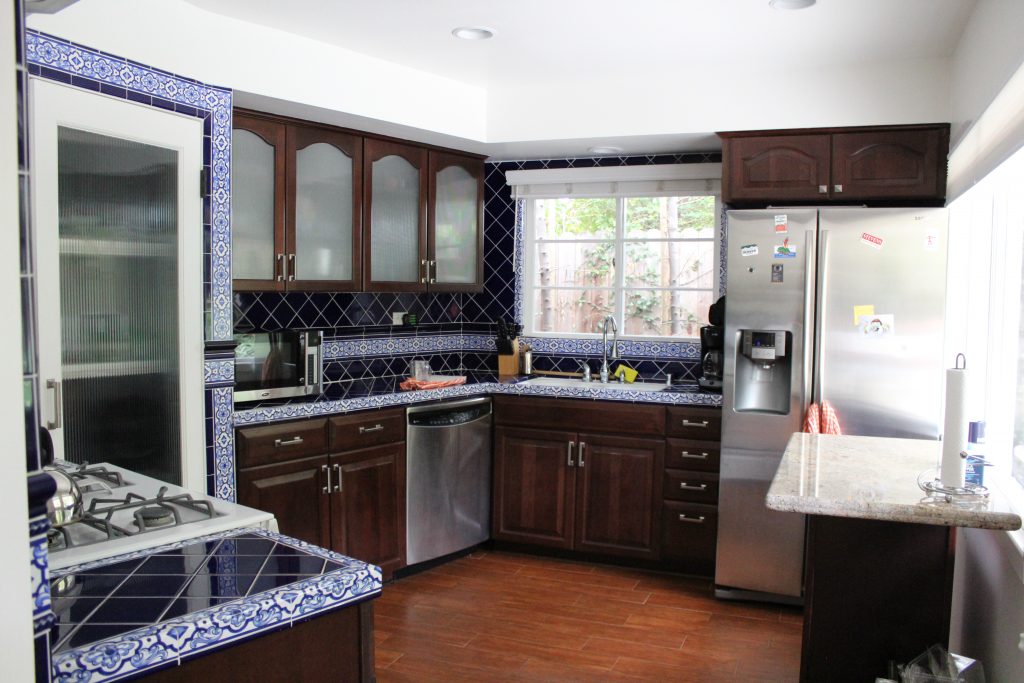 I like Dana Point and the place we chose so much, that I have even set aside my previous biases and am starting to “like” the OC. Whether I will want to relocate from Denver remains to be seen, but for now, every time I visit, it’s paradise. 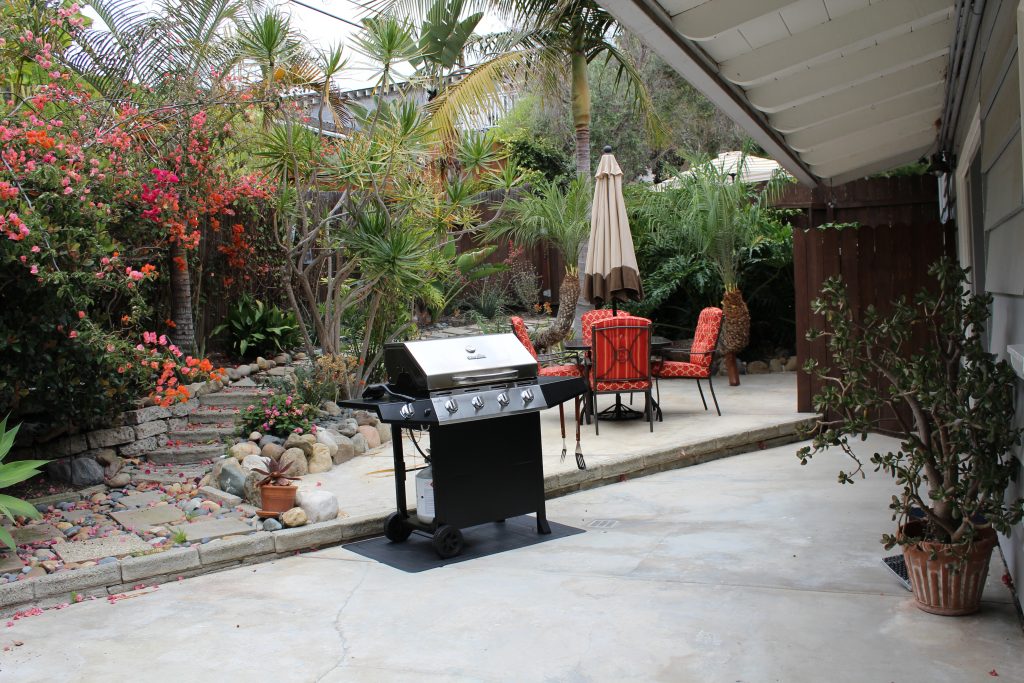