Done with “lunch” if you could call it that at Caleta Buena, we decided to get back on the road along the coast and find the actual Playa Giròn where the Bahía de Cochinos (Bay of Pigs) botched invasion took place. After about 20 minutes of driving we saw another sign pointing us to the Mueso Giròn museum to the left. There was also more great propaganda on the way in, almost forcing our hand to stop at this site. Of course, we did. 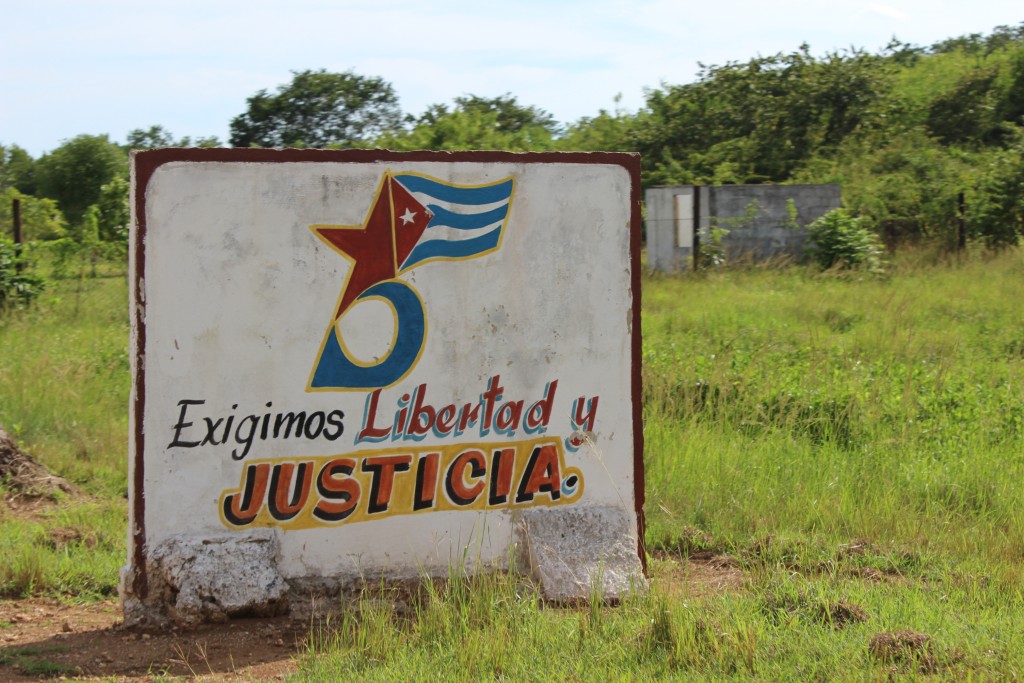 On the way to Playa Giròn

We were super-curious to see the Bahía de Cochinos fiasco, as told from the Cuban perspective. We bought two tickets for 2 CUC each and an extra 1 CUC to take pictures.

There were two women manning the museum money desk (the museum was really just two rooms of some maps, displays, and old guns and artillery), and Dave joked with them that what the U.S. did was “muy malo”. They kind of just smiled and shook their heads and really didn’t seem to care about it at all. Which of course was way different from the history we read on Wikipedia as well as in the exhibit – that Cubans were very proud of defeating the US at the Bahía de Cochinos, and that it only solidified communism and the Cuban solidarity in the cause. But the remnants of the revolution cast a long shadow that has started to recede, and as memories fade, so recedes the long shadow of revolution, grown short by the desire for more opportunity and expression. 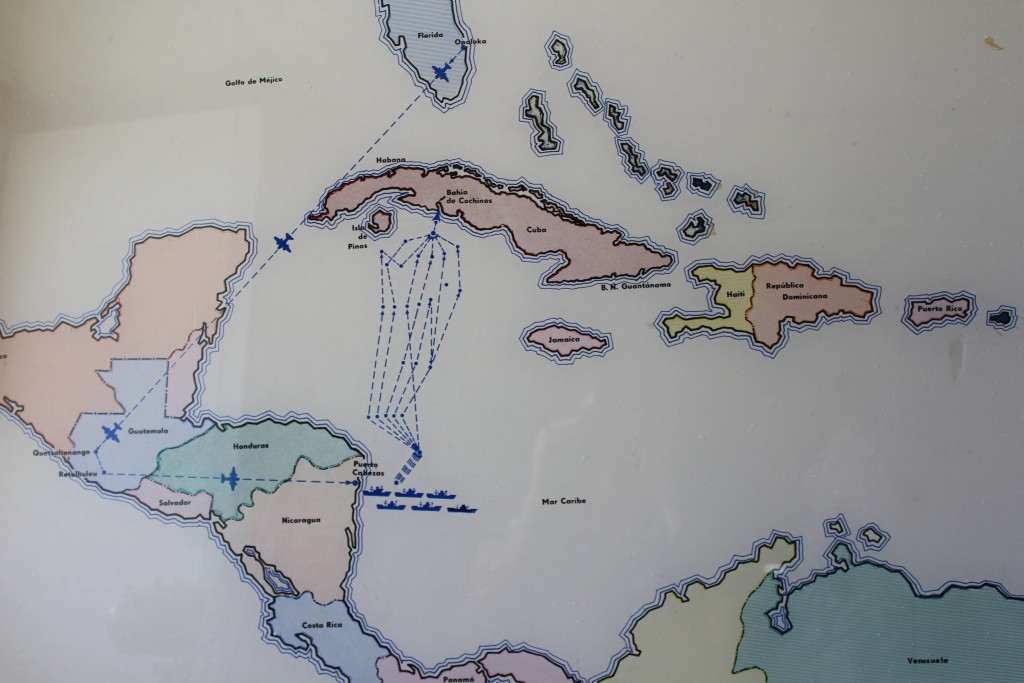 We thought the exhibit pretty much told the truth about the Bahía de Cochinos in terms of the actual events, but there was certainly an anti-American sentiment and spin to it that we expected. 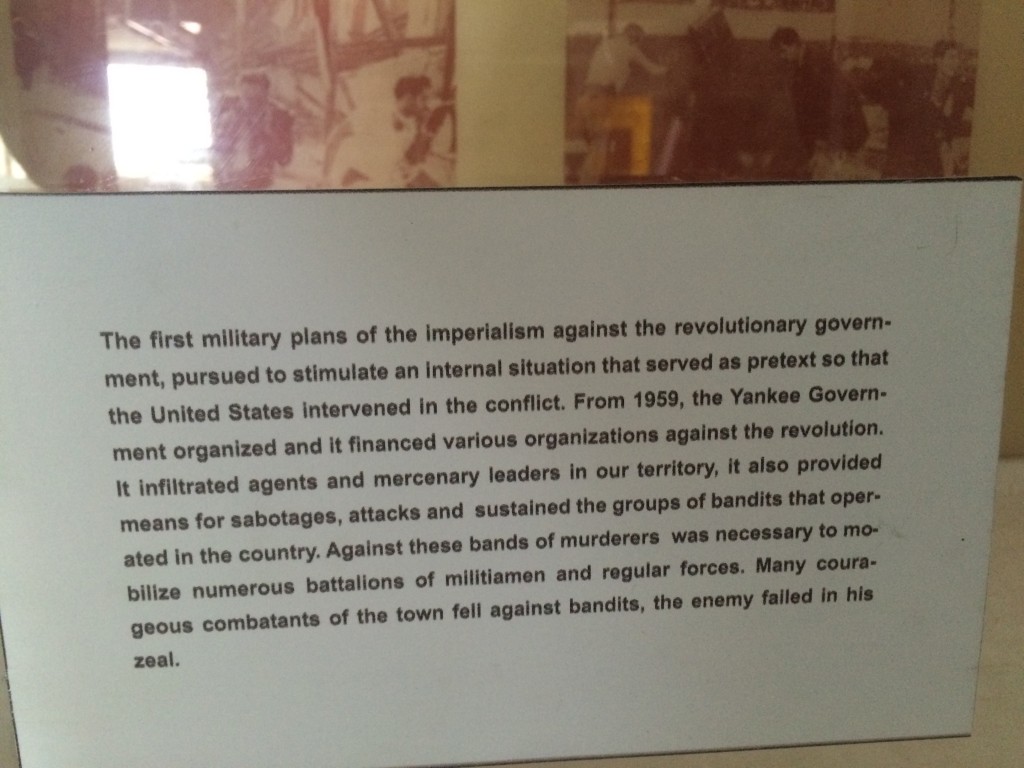 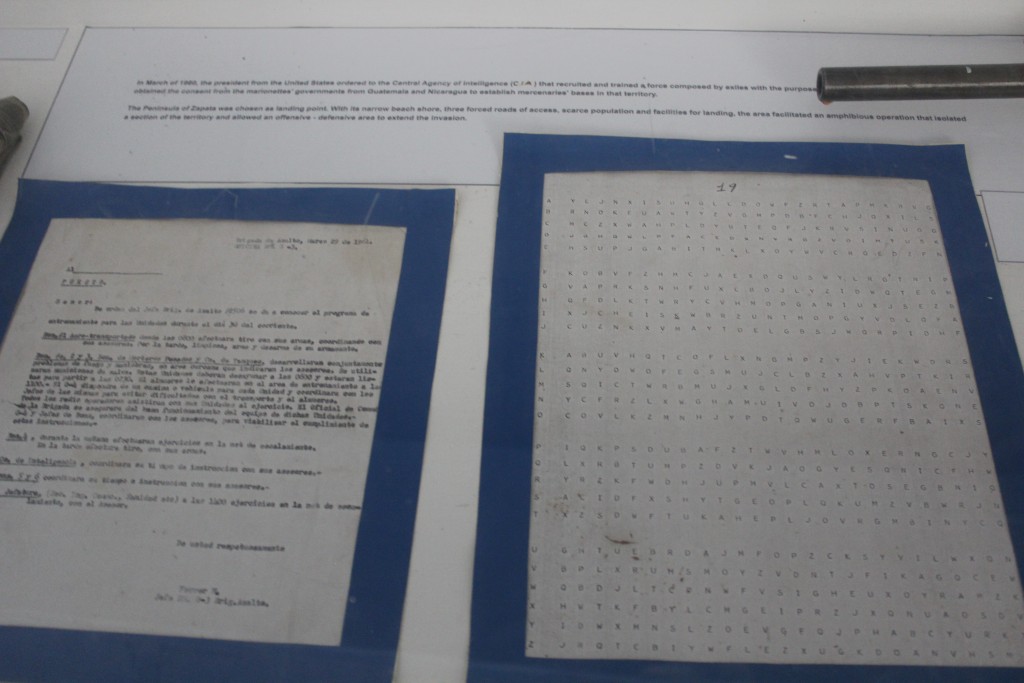 Reading about the bungled invasion later, we agreed that the CIA and the Americans probably did solidify communism and the cause of the revolution for the next 2 generations. 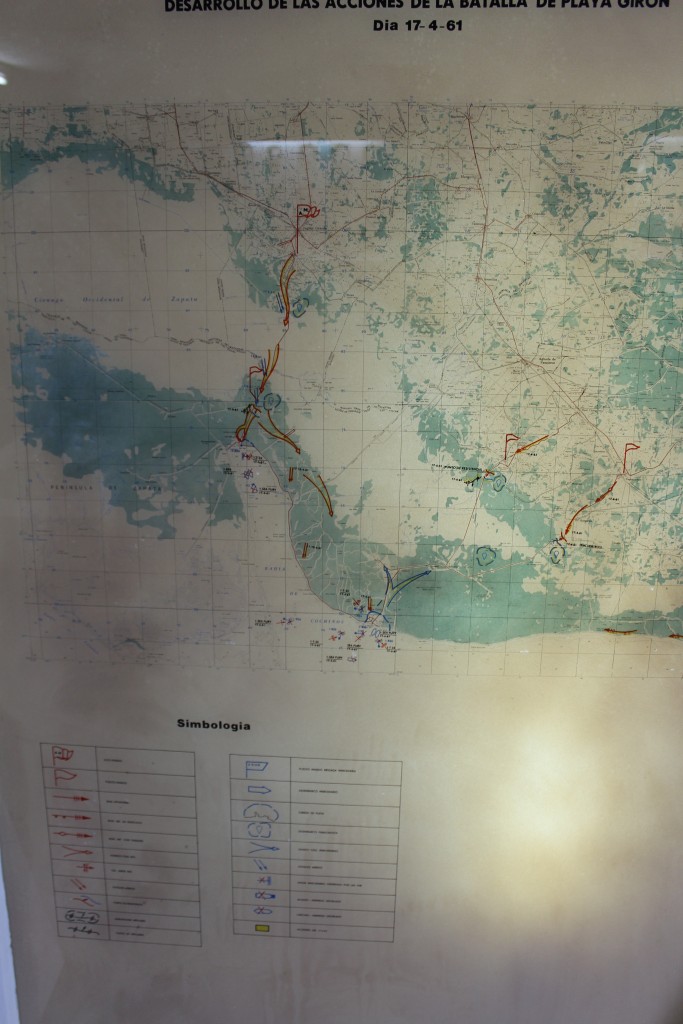 The leaders of the revolution should be thanking us…and actually, they did – as we would see later at the Museum of the Revolution in Havana.

Outside the Bahía de Cochinos museum, we walked around the grounds playing with the tanks and aircraft, and then looked around for some overly anti-American tchotchkes to bring back (like the Ghaddafi “Mickey Mouse” watch I saw in Libya years earlier). 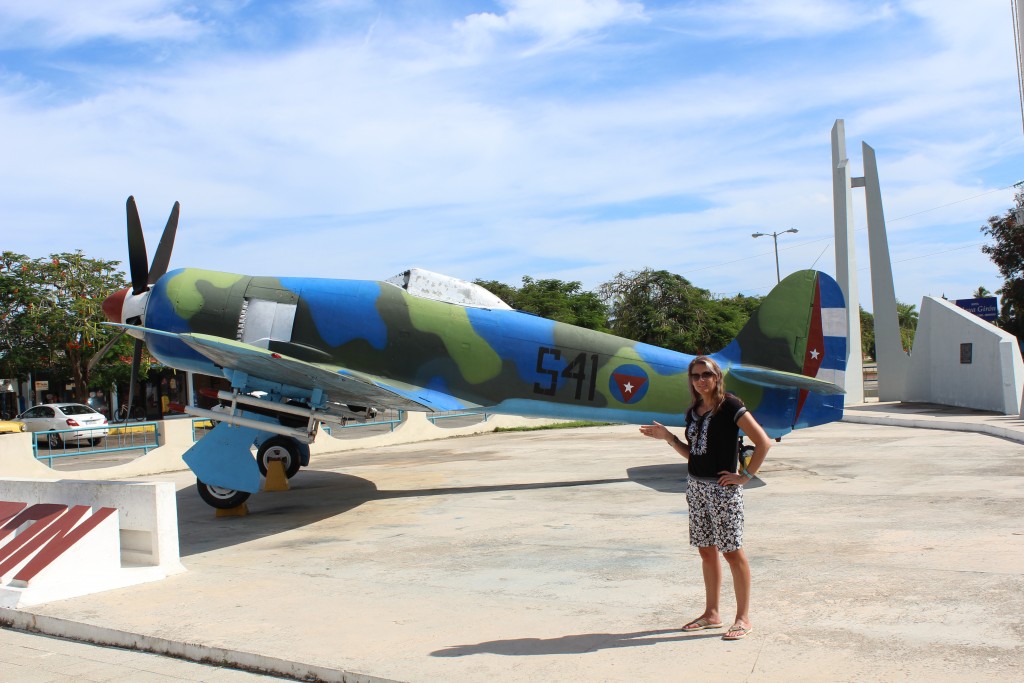 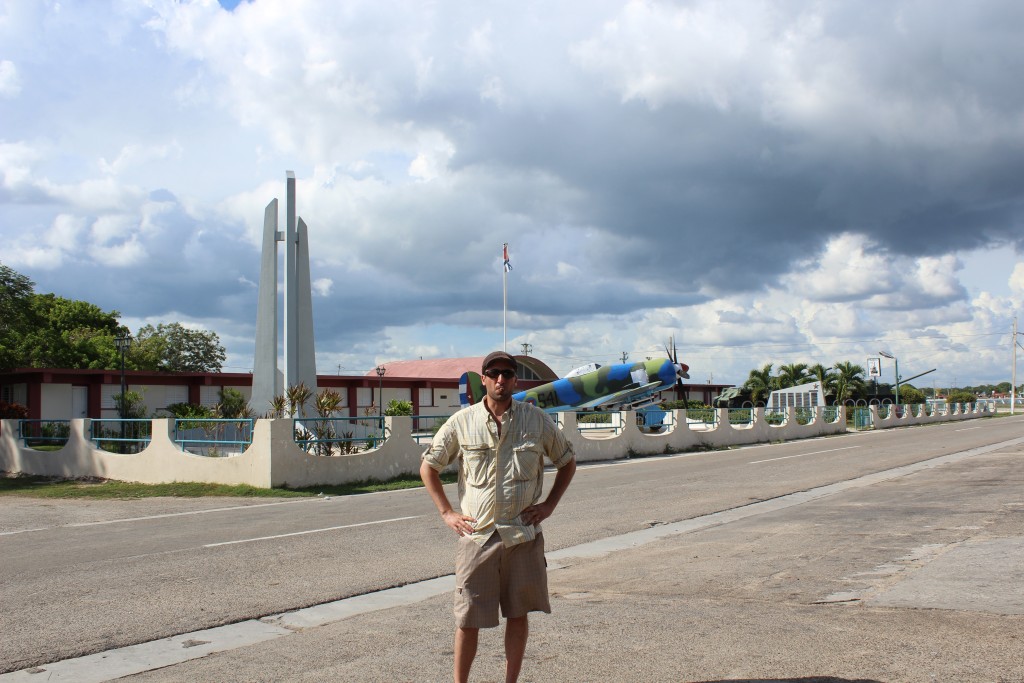 Alas, the best thing we saw was a middle finger “fuck you” statue – that might have been anti-American but probably not. All we actually saw throughout Cuba was excitement when we told people we were American, and how people couldn’t wait until more Americans were allowed in. It would mean more money for the economy and the people.

Beside aircraft and artillery, our other favorite part of the Museo Giròn were these guys: 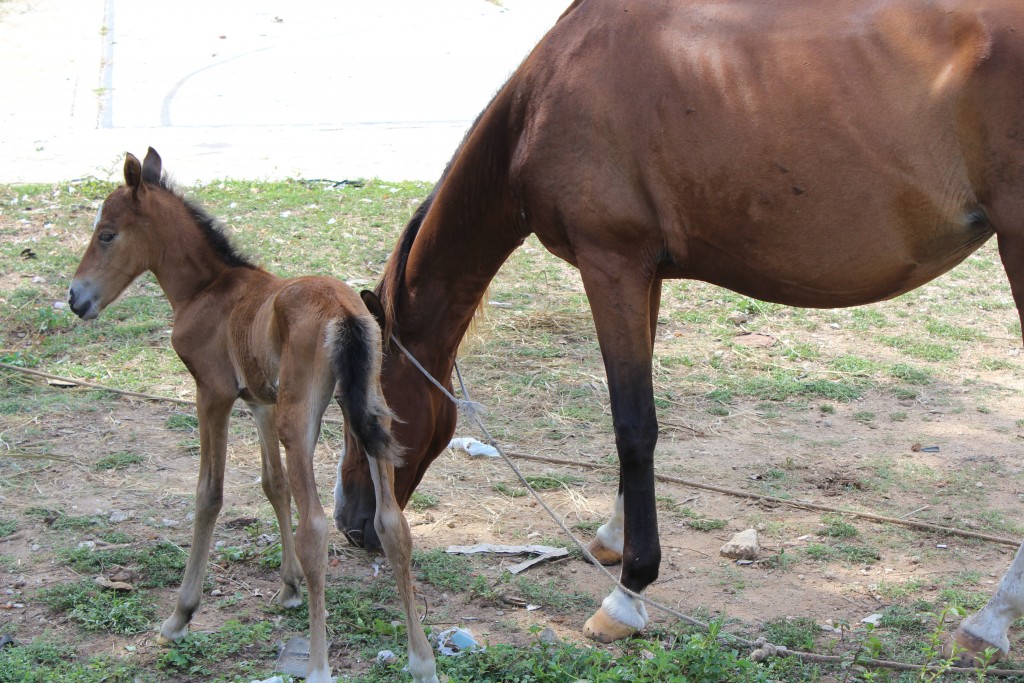 After the Bahía de Cochinos, we decided to push back to Havana. We continued west along the coastal road to the beach town of Playa Larga. 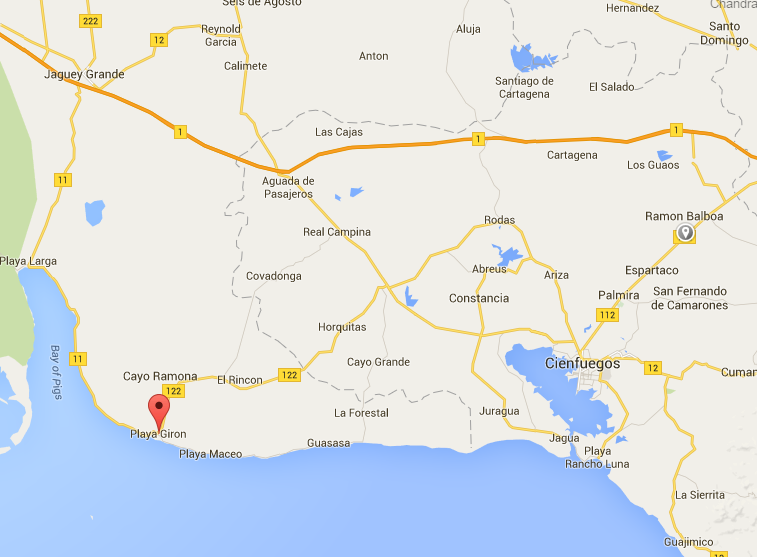 We decided to cut through a neighborhood that looked interesting, again because of the Communist signage, and ended up on the water, where we started asking around about hiring a fisherman to take us out. 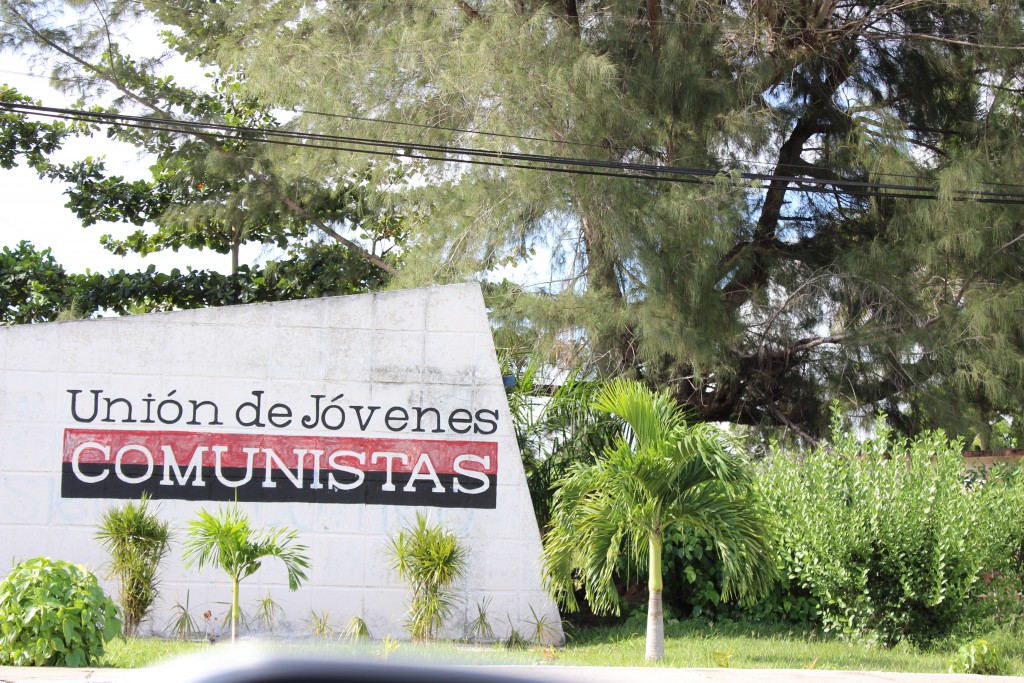 One woman walked us to the house of a local guy, who turned out to work at the Cuban National Park Service, and was a fishing guide on the side. He was really nice and explained to us that it was too hot to go out, and that the best time to go was in the morning – and that we could arrange something for $250 for the next day (we thought it was per person). He would guide us for 8 hours – and there was the potential to catch tarpon and bonefish. September was the end of the local fishing season, but still was a good time to go. We took down his information, so that future Cuba traveler’s seeking fishing trips could send him an email or call him to arrange something. Here’s his contact info:

After that pleasant little detour, we followed the signs to Aguada de Pasajeres, which then led us onward back to the Autopista Nacional and towards La Habana. We had thought to stop at the Hemingway House Museum, but by the time we were at the turn-off it was already 630PM and we just assumed the museum would be closed. And, there was still a chance we could fit it in on the next day since we had a late flight.

One thought on “Bahía de Cochinos”